You are at:Home»News & Current Affairs»Opinion»“Another ceasefire moment” and another “9/11 moment” for Republicans’ – by Eamonn Mallie
Social share: 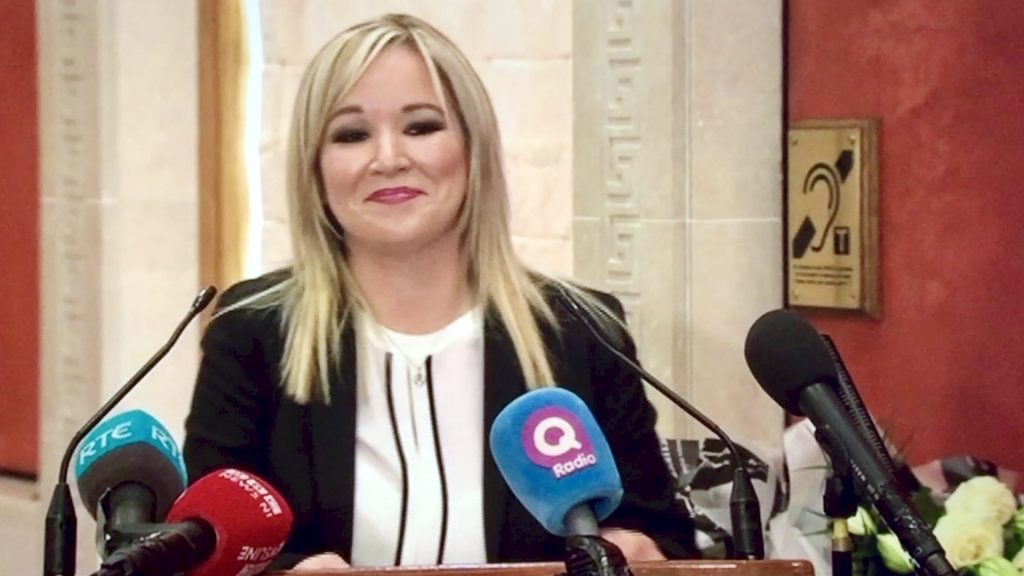 “Another ceasefire moment” remarked a keen observer of what happens politically in Northern Ireland when “a wee girl from Clonoe” Michelle O’ Neill, took over the Sinn Féin reins here replacing the ill Martin McGuinness.

Just then I recalled what a senior republican told me in August 1994.

“The ceasefire was the best thing we ever did” he said.
Who could disagree with that sentiment? Yes – Ulster Unionist party leader Jim Molyneaux did, declaring it one of the most destabilising things that had happened to Unionism.

The ceasefire was the beginning of the end of most of the killing here at the hands of the IRA.

Yes – it was a long tortuous journey from a peace process to a political process taking institutional root but hundreds, if not thousands of people have survived since that fateful day in 1994.

Despite the best or the worst efforts of the Daily Mail “the wee girl from Clonoe” has no whiff of cordite about her. She was seventeen when the IRA ceasefired. She had her first baby at 17.

She turned forty in recent weeks. She is a new broom. No one in the DUP can cry “murderer” when Michelle O’ Neill speaks.
Ms O’Neill has held two Ministerial posts, Agriculture and Health, without any scandal hanging over her head. No one ever claimed she was ‘a high flyer’ ‘very smart’ or ‘great on detail.’
She is new wave republican, female, a softer image. Cool under fire as she demonstrated when asked about Arlene Foster’s assault on nationalists’ demand for an Irish Language Act. “We’re not interested in negativity” she replied.

She represents tomorrow’s republican leader, strictly constitutional and will probably be joined shortly down the road by Mary Lou McDonnald as party president.

It is worth noting when Michelle O’ Neill’s new status was announced at Parliament Buildings, Ms McDonald was in the lead party at her side.

It is early days to fully asses how politically savvy Michelle O’ Neill is. We have seen enough of her already to realise she can handle herself in ‘the rough and tumble’ but how will she be ‘in the scientific?’

She is striking the right note talking about “looking forward, not backwards” “reaching out” “inclusiveness” and “reconciliation” – all common themes in the Sinn Fein leader’s narrative.

A wise head in the Democratic Unionist Party said to me “Michelle O’Neill will be an electoral asset.”

Again it is too soon to say. News photographers in Northern Ireland are very wise and cute. I called one of them to get an assessment of Ms O’Neill the other end of the lens.

“She has an infectious smile. There is no doubt about that. She is well groomed. You can see she gives a lot of attention to turning herself out well” he said.

The jury is out as to whether the hierarchy of republicanism in passing the torch to a new colourful Sinn Fein leader in Northern Ireland is another “ceasefire moment” but it may well prove to be a shrewd observation by my colleague.

The best regional journalist in Northern Ireland Rodney Edwards of the Impartial Reporter in Fermanagh wisely observed in a tweet that Mrs Foster returned to the old ‘Bogey Man’ Adams twelve times in her address launching her election campaign.

Arlene obviously knows there is no mileage in targeting Michelle O’Neill.

Presume for a moment Sinn Féin is going to have a good election with a lot of what they are saying chiming with broad nationalist opinion.

This does not automatically mean though that nationalists sympathetic to Sinn Fein’s take on life and political analysis will actually vote for that party.

We are not talking about DUP style Unionism here where scandal or no scandal one votes the party slate.

Martin McGuinness’s decision to instruct the Sinn Féin hierarchy to draw the curtains on the Northern Ireland Assembly and Executive was a decision which has far reaching implications.

In one fell swoop this move erased, in the eyes of the outside world, the belief that Northern Ireland has a fully functioning government and a normal democracy and that the Troubles are in the Past.

The Northern Ireland Olympic template hawked around the world as the blueprint for conflict resolution could end up as irrelevant as the fake Hitler Diaries published by Stern magazine in the early ’80s.

At this point I find myself returning again to the analogy of former Home Secretary Jim Callaghan when asked to send the troops into Northern Ireland.
He told Gerry Fitt who was begging him to send in the army in 1969:

“I can get the army in but it is going to be a devil of a job to get it out.”

How right he was. It took over thirty years to bring ‘Operation Banner’ to an end.

Pulling the Assembly down is one thing – getting it back up and running will be the bigger challenge.

Terms like ‘crocodiles’ and ‘alligators’ about your political rivals don’t augur well for reconciliation or restotation. Michelle Gildernew’s reported remark to the effect that

“Sinn Féin will put ‘manners’ on Arlene Foster” is not constructive either.

Remember one thing ‘nothing ever is as it seems in republicanism.’ I learned that lesson a long time ago. What then is Sinn Féin’s game plan?

To arrive in the political terminus in which we found ourselves in 1998 with the Good Friday Agreement and again in 2006 when all parties signed up to the St Andrew’s Agreement we had to have our hand held by outsiders like Senator George Mitchell all the way.

Those helping hands have disappeared from the stage. They all burnt the midnight oil to assist us.

Albert Reynolds is no longer with us, Bertie Ahern has ceased to be active in politics, John Major and Tony Blair are now out on grass.
John Hume is an ill man. Ian Paisley has joined his maker. Peter Robinson is now history. These were big players with real capacity. 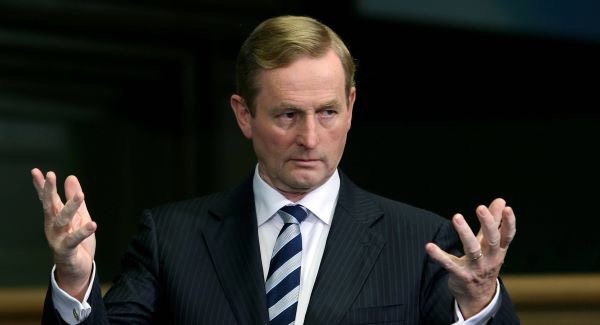 Enda Kenny shows contempt regularly for Louth TD and Sinn Féin president Gerry Adams in the Dáil and shows no signs of doing him any favours mindful that Sinn Fein is a competing party for votes.

Those Sinn Féin friends of yesterday are not around to help to pick up the pieces of the current fractured political process.

So is Sinn Féin facing a 9/11 moment for a second time not just in America, but potentially the same draft in Dublin and London as experienced in US in 2001?

When Al Qaeda planes crashed into the Twin Towers in New York in 2001 the world was turned upside down and it is even more upside down today.

That was the day the IRA knew its so called armed struggle had to end for good.

“9/11 had a massive impact on the Irish diaspora in America. Millions of Irish live in New York and grew up there.

It brought home to the IRA and republicans the reality that the IRA’s armed struggle was over.”

So 9/11 had a seismic impact on republicanism. If there had been any lingering attachment to guns and ‘armed struggle’ the ice started to melt on that front almost immediately.

The first act of IRA decommissioning of weapons took place in October one month after The Twin Towers attacks.

In July 2005 Séanna Walsh speaking for the IRA on video declared:

“The leadership of [the IRA]has formally ordered an end to the armed campaign.

This will take effect from 4pm this afternoon.

All IRA units have been ordered to dump arms. All volunteers have been instructed to assist the development of purely political and democratic programmes through exclusively peaceful means.”

Republicans had got the message writ large in the United Sates. The past was the past and the only way forward was politics. They had a powerful ally in the White House at the end of the line day or night Bill Clinton throughout the ’90s and they had any number of friends on Capitol Hill of both persuasions.

Even George W Bush kept the door open to Sinn Fein throughout his time in office and sent some of his ablest envoys/ambassadors like Richard Haass here during that time.

Are those days over? Will Sinn Fein politicians, even if they wished so, gain access to the Oval Office during the Trump era? Debatable.

Will the White House be a ‘cold House’ for Sinn Féin? Who knows?

The omens are not good.

More importantly there is no John Hume to make those critical phone calls to the Teddy Kennedys – no Albert Reynolds who regularly picked up the phone in the middle of the night to speak with Bill Clinton.

The other serious deficit from a Sinn Féin perspective is the fact that, that Ireland centric pool of high powered individuals with a deep interest in Ireland and the well-being of Northern Ireland has moved on. They have grown old and politically irrelevant in the new régime.

Capitol Hill where Gerry Adams was a well known figure is going to be another cold house for Sinn Fein as right wing republicans rule the roost there now. 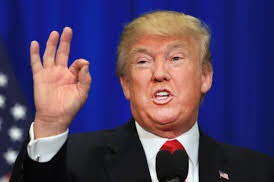 I wonder where Republican Congress man Peter King, a good friend to Sinn Fein over the years, stands today given that he is the Trump camp? 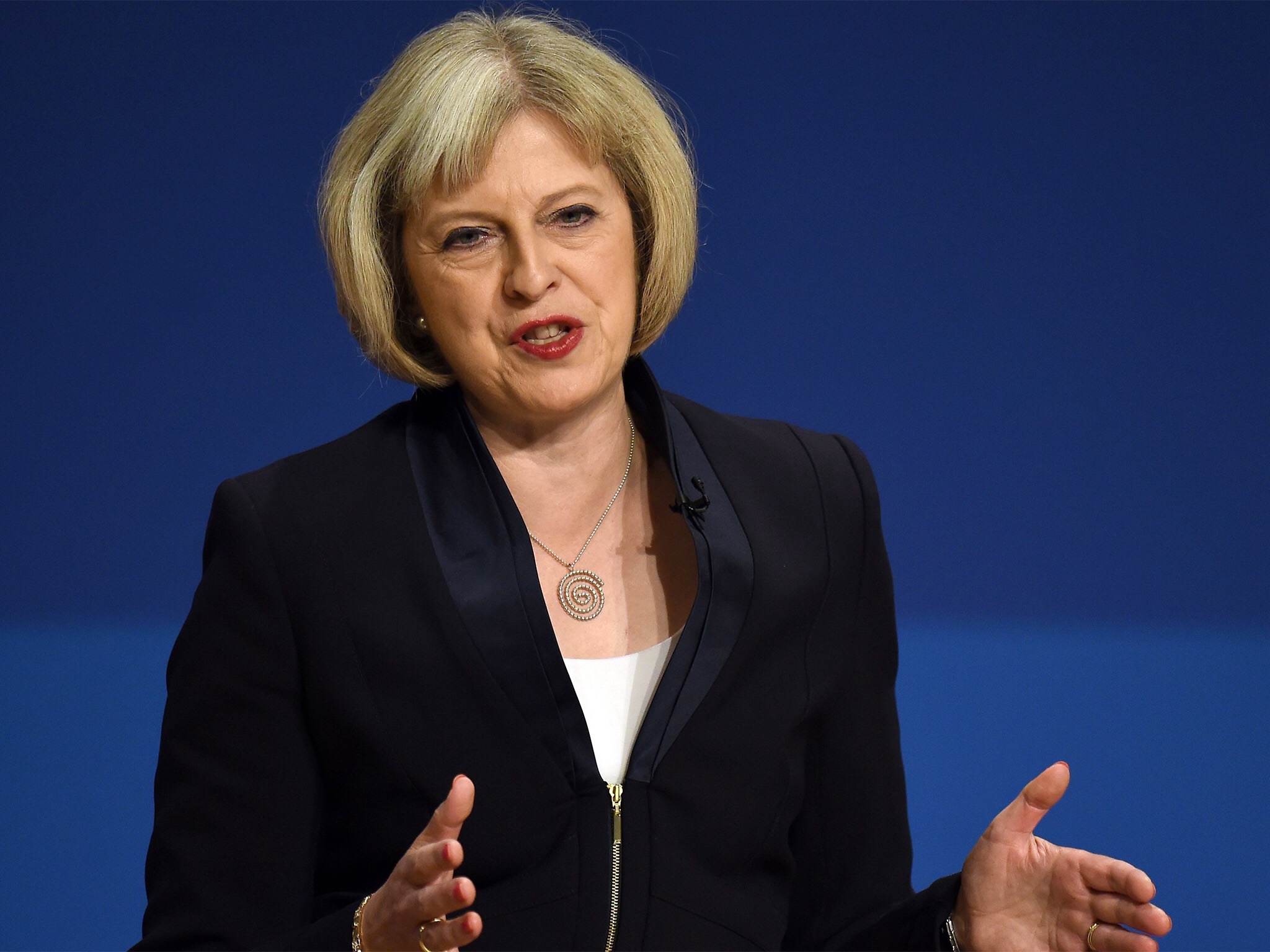 Nearer home there is no Blair at Westminster. Teresa May has had very few dealings with the affairs of Northern Ireland but may prove a better friend to Sinn Féin than Edna Kenny in Dublin who has as much love for Gerry Adams as Arlene Foster.

Just as the brains trust specialising in Irish affairs in Washington has thinned out,

in changing times – the Martha Popes, the Nancy Soderbergs etc so too this has happened in Downing Street and in Dublin.

The Armstrongs, The Goodalls, The Holmeses, The Butlers are no longer in Downing Street. In Dublin, Sean O Huiginn, Ray Bassett, have retired, and very recently Dermot Gallagher central to the Good Friday Agreement on the Irish side passed away.
Whom does Gerry Adams phone post election in Dublin, London and in America?

To what does this all add up post elections? The DUP will continue strutting about London cosying up to Conservatives. Since this Assembly election was called we heard more of NIgel Dodds, and Sammy Wilson batting for the party in a deep hole over RHI than we heard from them in five years.

Potentially, Sinn Féin regardless of their numerical strength after the elections could find itself very isolated in Dublin, London and in Washington.

Health warning: I repeat what you see with republicanism is not always what you get. Sinn Fein could be in government in Dublin in the not too distant future. What then with Brexit etc?

Social share:
Michelle O'Neill Stormont
Previous Article‘Reptilian name calling does not facilitate cooperation or trust’ – By Dr John Kyle, PUP candidate in East Belfast
Next Article ‘WHERE DID IT ALL GO WRONG?’ By Brian Rowan