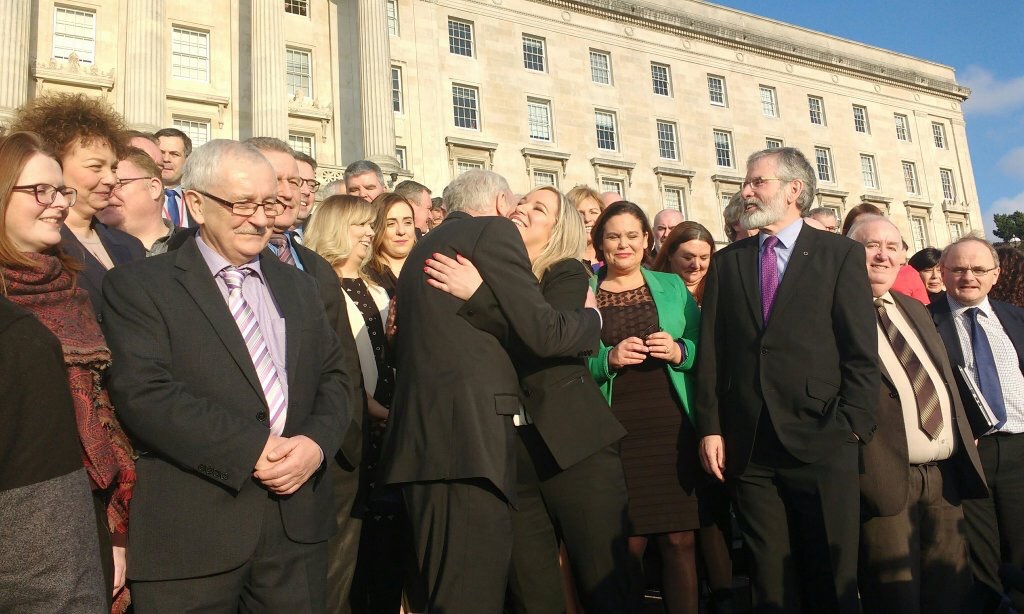 The jigsaw makers will have watched this picture develop long before today’s final pieces were put in place; watched Michelle O’Neill take on a more prominent role at Stormont in recent weeks, watched her role in the big party conference in Dublin on Saturday – read the tea leaves and read the signs. 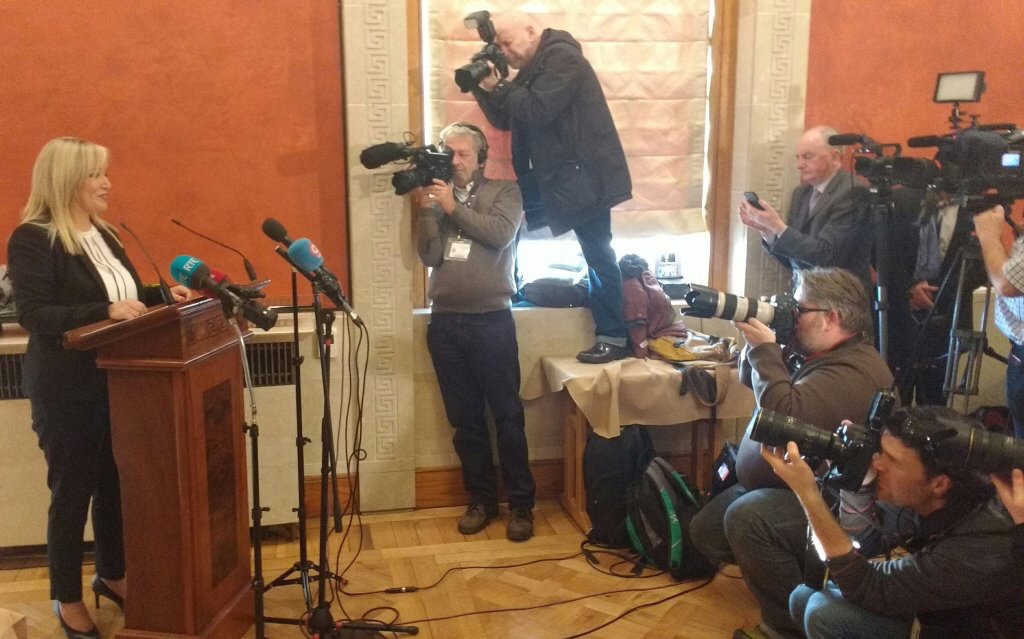 At Stormont, there were new pictures for the Sinn Fein album; photographs recording the generational change in leadership that Gerry Adams referenced at a packed news event.

“In the aftermath of the election, there can and will be no return to the status quo.
“Sinn Fein are only interested in participating in the power sharing institutions if they deliver for all our citizens and operate on the basis of equality and respect”

The party’s new leader in the north, described Martin McGuinness’s resignation “not as a first choice, but as a last resort”.

She made clear that if the institutions are to be restored, then “partnership government must mean exactly that”.
So, beyond the March election there will be no rush back into the Executive.

Certainty, sustainability, credibility are the dictionary words at this time. How long will a post-election negotiation take?

How long is a piece of string?
Speaking at Stormont, Martin McGuinness used the, ‘I haven’t gone away you know’ phrase – borrowed it to explain that his decision not to run in the March election does not mean he is retiring from politics.

That generational shift in the Sinn Fein leadership has been accelerated because of his illness.

Post election, politics is heading for uncharted waters. The DUP is trying to work out republican thinking, what took Stormont to this point of crisis?

They won’t work it out talking to themselves.

It is not just about the RHI debacle and fallout. It is about so much more.

MP Ian Paisley has stepped in to help that thinking process, reminding his party how his late father and Martin McGuinness made the once unthinkable work and function.

Paisley is right. If this is to work, then politics and this process need to go back to the basics of partnership.

He has said what he thinks and repeated it several times. His party colleagues should listen.

Another Paisley has tapped into the public mood.

Politics can stay broken or it can be fixed.

Which of those it is to be will depend not just on party numbers after the March 2 poll. It will require a change of attitude – not some new half an agreement, a bit of this and a bit of that, but something much more credible and certain.

This crisis is far from over. Who can fix it?

Who wants to fix it? Who is listening?

Social share:
RHI
Previous Article‘POLITICS – BETWEEN A ROCK AND A HARD PLACE…’ By Brian Rowan
Next Article ‘Truth that Dare Not Speak its Name’ – By Earl Storey