You are at:Home»News & Current Affairs»Opinion»Has Jamie Bryson been reading Sinn Fein’s mail? Make up your own mind.
Social share: 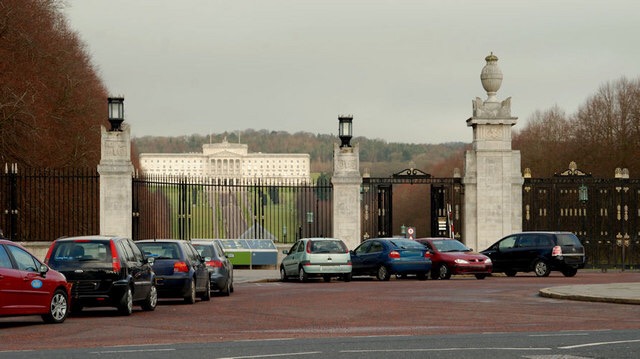 Former Nationalist MP Eddie Richardson who arrived at the entrance gate on his bicycle, looked up and said “Jaysus, this is a very long loanin.” It will get longer now!

Over the past seven days the Sinn Fein language has subtly changed direction.The RHI scandal is now leverage in order to agitate for a further talks process- that’s the carrot, a Sinn Fein friendly way out for the DUP. The stick is forcing the DUP to the electorate in the midst of the current public anger.

Sinn Fein do not want an election, they do not even particularly care about Arlene Foster doing the decent thing and stepping aside- they are playing a much longer game.
The republican strategy has always been to package a series of grievances into a talks process and pocket the maximum amount of concessions. Such processes within the larger process is always a key tenet of the republican staging-post strategy.

This time is no different; all the post ’98 grievances are being lumped into a Sinn Fein narrative, which presents republicanism as the epitome of peace and reconciliation, whilst the big bad Unionists are obstructive, regressive and just plain ignorant.

Irish language, legacy, North/South harmonisation and Brexit are just some of the issues that currently reside within Sinn Fein’s rapidly expanding grievance narrative. This political power-play does a grave disservice to the public, who desperately want those responsible held accountable for the RHI debacle.
Sinn Fein were last week cleverly flushed out- in Belfast City Council and by the Newsletter- in relation to their position on a full public inquiry.
Sinn Fein want to include their demands for public inquiries in their grievance narrative, and a key part of the legacy strand will be a demand for a new form of Northern Ireland specific inquiry outside the framework of the Inquires Act 2005.

That is why we saw a new co-ordinated ‘message’ coming from Sinn Fein elected members and activists last week. Suddenly they opposed the Inquiries Act because it allowed the Secretary of State (or relevant minister) to withhold information on National Security grounds.
Therein lies the real reason Sinn Fein want to oppose a public inquiry into the RHI scheme. They see it as a way to agitate for reform of the Inquiries Act 2005; a key Sinn Fein legacy demand.
Arlene Foster’s handling of this issue has been diabolical, and the arrogance displayed by the DUP in general could well be their undoing. There have been few as venomous as I in calling out the DUP on this, and other scandals.
Arlene Foster should step aside because it’s the right thing to do; but what she should not do is allow Sinn Fein to use her weakened position to force concessions.

The IRA held a gun to the head of democracy in order to achieve the perverse political process. Now Sinn Fein are now trying to hold a metaphorical gun to the head of Arlene Foster- not over RHI, but in order to extract concessions. Even the DUP’s harshest critics within Unionism won’t be having that.
This wasn’t an Orange and Green issue. But Sinn Fein have changed all that.

Social share:
Previous Article‘STORMONT UPSIDE DOWN’ – Brian Rowan on a day when politics was rolled down its hill…
Next Article ‘GRACE’ by Eamonn Mallie