You are at:Home»News & Current Affairs»Opinion»‘H.M.S. DUP might be unsinkable, but it’s no statesmanship’ – By David Maley
Social share: 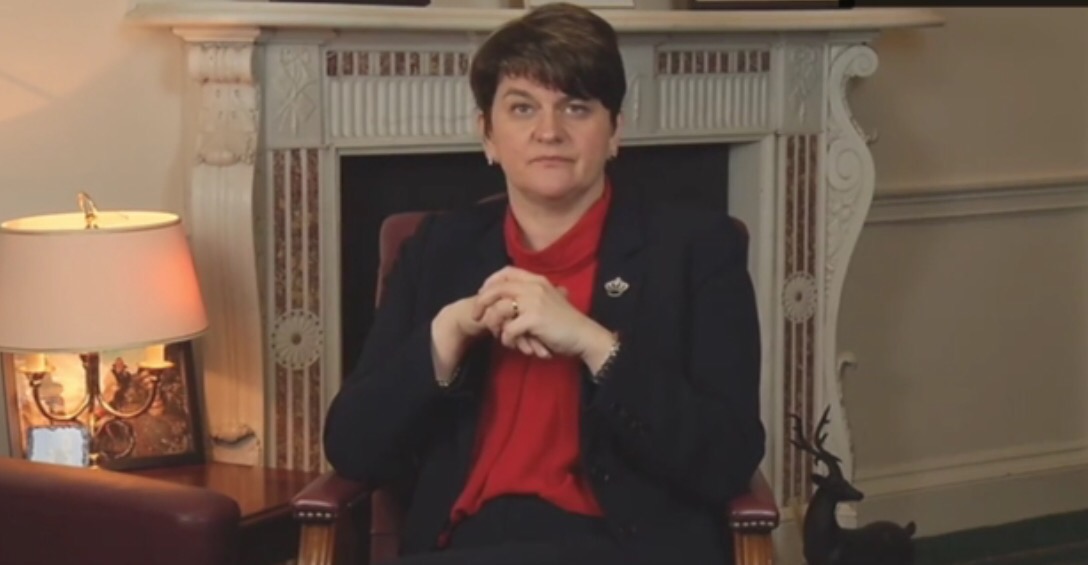 I’ve long taken the view that any power-sharing agreement on this corner of the island would be unlikely to survive a turn of the tide in terms of which party holds the post of First Minister (not that I’m suggesting one is imminent).

In negotiating the Good Friday Agreement, conceding to the title of Deputy First Minister might have been a price that had to be paid by the SDLP/SF in order to make the deal sellable to the Unionist electorate.
Beginning to dismantlethe status and privilege that had been enjoyed by Unionism since the creation of this jurisdiction in 1922 had to be carefully managed if it was not to erupt into widespread violence, and it has been the same since – look no further than the fleg protest.

Will the DUP see any need to update their previous election strapline, “keep Arlene as First Minister” (implied subtext “keep the Fenians out”)?

Given that no one seems to be offering a clear route back to power-sharing from the current standoff, my thesis may never have the chance to be tested, but it does provide focus for a thorny question, “are the leaders of Unionism desperately lacking in states(wo)manship, or would someone of the calibre of even Aung San Suu Kyi or Nelson Mandela struggle to manage an orderly Unionist descent towards parity of esteem?”

The two previous DUP leaders both benefited from decades of relentless campaigning for Unionist dominance – their credentials were impeccable and their electorate would follow them into the unthinkable as a result.
I recall Alan McBride’s quip, writing in the Sunday Life in 2008:

“now Ian Paisley has begun talking to both the British government and Republicans, there must be some in his party that are asking ‘who is this man, that sups with tax collectors and Shinners?” (cf Matt 9 v11).

It was a staggering reversal, but Paisley had so much credit in the electoral bank that he could swing it.

Any new leader does not enjoy the credibility capital that 30 years of being unshackled by the need to accommodate other positions gave Big Ian and Robbo. Without that track record, is leading the DUP whilst sharing power with Sinn Fein now an impossible ask?

One potential mitigating proposal would be a concerted,collaborative campaign by both sides to downplay the significance of our differences over identity, sovereignty etc, starting with reminding the whole electorate of just how small this place is – too small to be fighting over it.

Northern Ireland is no bigger than some English counties,the likes of Yorkshire and Cheshire, so perhaps it could be redesignated to the status of being a single county instead of six, and the Secretary of State tasked with providing a name.

If the thought of writing “Brokenshire” as the penultimate line of your postal address doesn’t appeal, there is the alternative downgrade option of calling it “our wee county” instead.

The next step would be to stop talking about “the government of Northern Ireland” and adopt the view that the Executive is simply a County Council charged with administering a grant (albeit an £8.5 billion one).

But then doing so would compromise the whole charade that – for all its dysfunctionality – has given us relative peace this last while.

Whether you call it the government of Northern Ireland or a local administration, it clearly suits both parties when they are faced with no alternative to having to get along with one another.

Sinn Fein can claim it is better than Direct Rule and a step toward some kind of united Ireland; meanwhile the DUP love the trappings of power, “snouts in the trough up to their oxters” was the delightful phrase I heard this week. Plus they know that behind the scenes, they have real power in the shape of their nine Westminster MPs coupled with a vulnerable Tory majority.

The Westminster numbers-game suggests that the Unionist arrogance to which Martin McGuinness alluded will be with us for some time to come.

McGuinness may have the security profile of a sinner, but I also credit him with the patience of a saint and a humility that went relentlessly unreciprocated by his opponents. Patience may continue to be what is required of anyone who yearns for genuinely respectful politics here.

The Good Friday Agreement was made possible by external events that enabled Peter Brooke to declare in 1991 that “Britain no longer has any selfish, strategic or economic interest in Northern Ireland”.

Who knows what might happen on the wider stage in the wake of Brexit? Or maybe a maverick US president will decide to buy the place and we’ll become a state in a different Union (after all, we’re a lot closer to Washington D.C. than Hawaii is). I can’t point to a road map, but global political events that Trump our little power games have happened before, and I long for one that ushers local supremacist hubris off the stage for good. Grace may be thin on the ground of late, but there is always hope.