You are at:Home»News & Current Affairs»Opinion»‘GRACE’ by Eamonn Mallie
Social share: 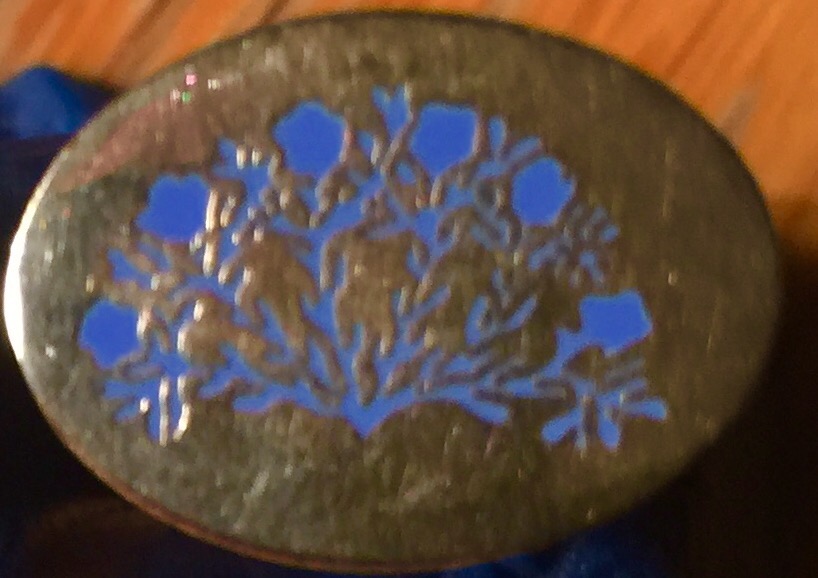 At one thirty on Monday lunchtime well away from the cameras and the public an enfeebled and emaciated deputy First Minister Martin McGuinness walked into First Minister Arlene Foster’s office and greeted her in a virtual whisper.
Mrs Foster rose to her feet, shocked at Mr McGuinness’s disposition, moved towards him, took him in her arms, cleaved him to her bosom and said Martin “It’ll be all-right. You and I are going to sort out this mess.

“I’ll step aside for a little while and I’ll go out and tell the world life is too short for all this bickering and arguing.”

This didn’t happen. I imagined this on Tuesday as I reflected on my sense of shock on seeing the gaunt figure of the deputy First Minister on our TV screens.

What, I thought, if the events of the day had been otherwise and Arlene Foster mindful of all our human physical frailties had acted graciously in the circumstances?
Northern Ireland would potentially be a different place not just now but possibly for ever.

One single act of grace, of leadership, at the hands of Arlene Foster would probably have melted the possibility of what she now expects to be a ‘brutal election.’

When will principle of ‘Noblesse Oblige’ hit the Hill?

(Responsibilities of the rich, famous and powerful, notably to provide good examples of behaviour or to exceed minimal standards of decency. It has also been used to describe a person taking the blame for something in order to solve an issue or save someone else)

Fr Brian Darcy who was abused as a young boy and as a trainee priest is still loyal to God at 70.
I once challenged him to explain why he still clings to a God who claims to be just, but who allowed this evil to be visited upon him?

“I’ll tell you why” he said “some nights I am driving back to Fermanagh and I am tired and I remember some poor devil who is ill or who is in hospital and I decide to visit that person. A few days later or a short time later I hear that person has died.

“I thank God for guiding me to do that simple act of visiting a sick person.”

This is not just about God it is about leadership and good example.

When former DUP leader Peter Robinson and his wife Iris had their very public domestic upheaval, one of the earliest outings in the aftermath, was their visit to Dublin Castle where The Queen was the guest of Irish President Mary McAleese and of the Irish government. Mrs Robinson cut a dash in her bottle green dress flanked by her husband but what was more memorable for me were two other happenings.

Hundreds of people lined to up to be greeted by President McAleese. She did not not over fraternise with most of them but when it was Iris Robinson’s turn to shake hands with the President Mrs McAleese cleaved her to her bosom and hugged her.

This was an act of grace and an act of love for one who had suffered.

In addressing the Dublin Castle gathering on that same night in perfect Irish, the Queen was gracious to her hosts, uninhibited in acknowledging Irish nationhood, visiting The Garden of Remembrance and Croke Park, landmarks housing loaded memories of a bitter past between The British and Irish peoples.

In her speech The Queen expanded on the British Irish enmity.

“Of course, the relationship has not always been straightforward; nor has the record over the centuries been entirely benign. It is a sad and regrettable reality that through history our islands have experienced more than their fair share of heartache, turbulence and loss.

“These events have touched us all, many of us personally, and are a painful legacy. We can never forget those who have died or been injured, and their families. To all those who have suffered as a consequence of our troubled past I extend my sincere thoughts and deep sympathy. With the benefit of historical hindsight we can all see things which we would wish had been done differently or not at all.” Grace and leadership in spades from The Queen.

Within touching distance of The Queen in Dublin Castle sat poet Seamus Heaney who once wrote:

“Be advised, my passport’s green/ No glass of ours was ever raised/ To toast the Queen.”

Now he was toasting that same Queen.

This was another act of grace by one of the most celebrated poets in the world writing in the English language who was born into a nationalist family in Northern Ireland.

That same generosity resides in Heaney’s fellow poet Michael Longley of a Protestant tradition who penned these words in ‘Ceasefire’:

Put in mind of his own father and moved to tears

Achilles took him by the hand and pushed the old king

Gently away, but Priam curled up at his feet and

Wept with him until their sadness filled the buidling.

Taking Hector’s corpse into his own hands Achilles

Made sure it was washed and, for the old king’s sake,

Laid out in uniform, ready for Priam to carry

Wrapped like a present home to Troy at daybreak.

When they had eaten together, it pleased them both

To stare at each other’s beauty as lovers might,

And full of conversation, who earlier had sighed:

And kiss Achilles’ hand, the killer of my son.’

We can all learn from history but history can be cruel to history makers.

John Hume engaged Sinn Fein to bring about an end to the IRA’s campaign of violence and Sinn Fein stole his party’s clothes.
Peter Robinson stood aside as First Minister during his tenure while senior counsel investigated an allegation that he had breached the Ministerial Code.

He regained his role as First Minister when no guilt was proven. The sky didn’t fall in because he withdrew from exercising his duties for several weeks.

Mr Robinson attended the Dr McKenna Cup GAA final in Armagh and met with hostility in his own camp for doing so. He did his damnedest to deliver the Maze project but faced with outright opposition he had to surrender. Politics is a cruel trade.

Meeting The Queen was a high wire act for Martin McGuinness. The foot soldiers looked to McGuinness during the IRA’s campaign. He was the last person history would have expected to entertain the Queen. Risk taking is part of leadership.

The question is now – has Arlene Foster forfeited a place in history in the current atmosphere in being too inflexible?

Had she in reality cleaved an ailing Martin McGuinness to her bosom in an act of generosity God only knows what would have flown from such a gesture.

Our society is crying out for humanity and hope.

Again as Seamus Heaney told us,”if you have the words, there’s always a chance that you’ll find the way.”

History says, don’t hope
On this side of the grave.

But then, once in a lifetime

Of justice can rise up,

And hope and history rhyme.

So hope for a great sea-change

On the far side of revenge.

Is reachable from here.

And cures and healing wells.

If there’s fire on the mountain

Or lightning and storm

And a god speaks from the sky

That means someone is hearing
The outcry and the birth-cry

Of new life at its term.”

We could all learn from the lessons of Civil Rights leader Dr Martin Luther King in 1965 – et tu Arlene.

Sometimes it is better to walk away from confrontation:

The protesters sat down on the road and:

‘After prayers they rose and turned the march back to Selma, avoiding another confrontation with state troopers and skirting the issue of whether to obey Judge Johnson’s court order.

Many marchers were critical of King’s unexpected decision not to push on to Montgomery, but the restraint gained support from President Johnson, who issued a public statement: ‘‘Americans everywhere join in deploring the brutality with which a number of Negro citizens of Alabama were treated when they sought to dramatize their deep and sincere interest in attaining the precious right to vote’’ (Johnson, ‘‘Statement by the President,’’ 272). Johnson promised to introduce a voting rights bill to Congress within a few days.’
Leadership…