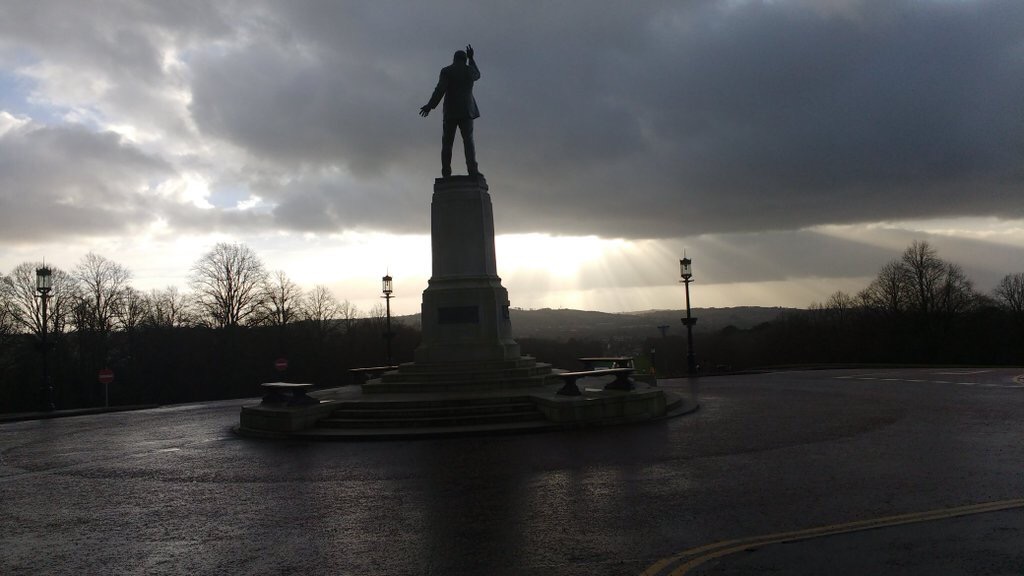 Politics is in shock.

Many at Stormont and elsewhere misread the past few weeks – the seriousness of the situation and, beyond RHI, the wider frame of this crisis.
Now, there is a runaway train and it’s too late to apply the brakes.
Secretary of State James Brokenshire described an early election as “highly likely” despite the widely held view that it will change nothing.

“It’s a bloody mess,” a senior unionist commented – with talk of direct rule now very much back in the conversation.

The Secretary of State could call a second election, but why?

Read the part of his statement quoted above and the words “as things currently stand”. Could it mean the institutions would be suspended? There is thinking out and talking out about that possibility.

Sinn Fein met Brokenshire on Wednesday with the party’s position set out by Michelle O’Neill afterwards. 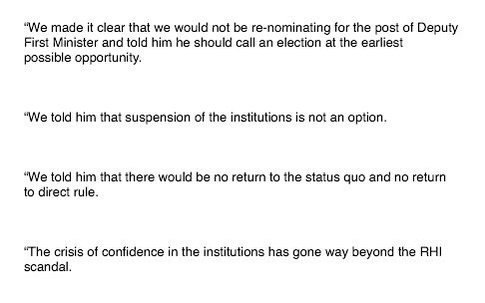 In recent weeks – since that Stormont pantomime on December 19 that so undermined the notion of partnership government – this has been a deepening crisis and a very public breakdown in the DUP/SF relationship.

It is close to divorce.
We are now looking into what is being described as a likely “brutal” election, a public battle for votes that will further sour and damage any early prospect of fixing what it so badly broken. 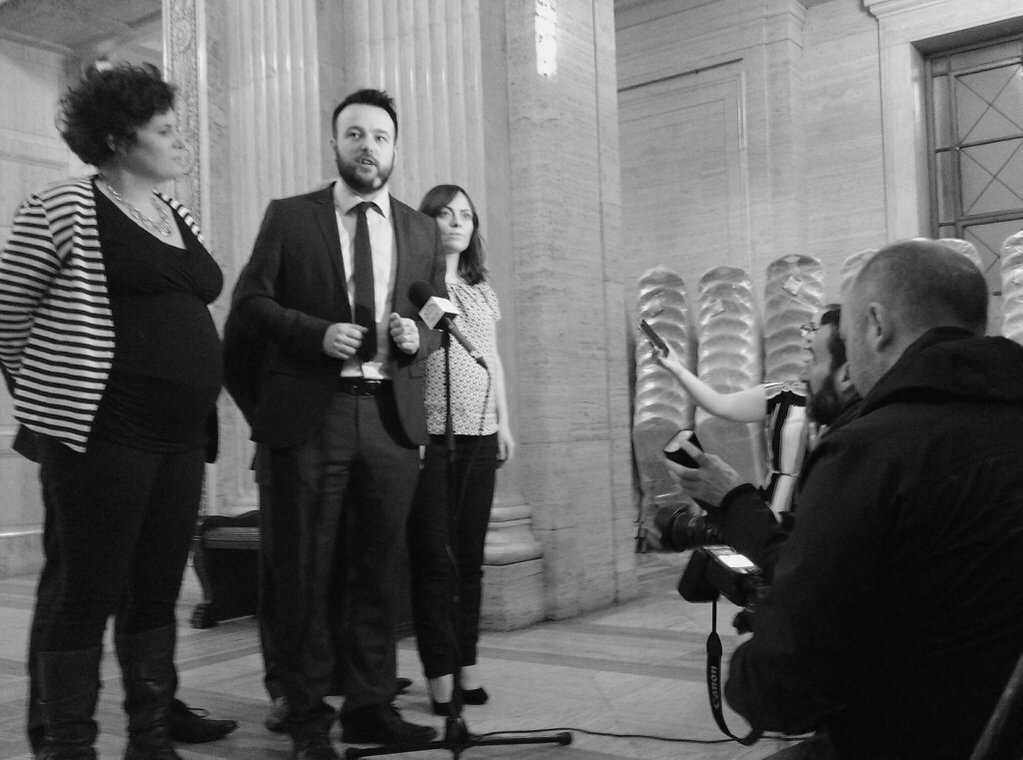 “After the election our first task is to get the institutions back up and running,” SDLP leader Colum Eastwood told this website ahead of a meeting with Brokenshire on Wednesday.
“But if after the election, the institutions are suspended, there can be no return to direct rule,” he continued.
“I’ve told the Irish Government and I will be telling the British Government. There needs to be joint authority if that circumstance arises. Nationalists will have confidence in nothing less,” he said.
Joint authority? We know what the unionist reaction will be to that suggestion.
Brokenshire is watching a crisis, which he cannot fix. Indeed there will be some who see him as part of the making of that crisis.
He came here with a list of priorities, including getting agreement on the structure for a legacy process.
There was talk of a public consultation, then no public consultation until there was broad political consensus.
For republicans, certainty about that legacy process will be part of any post-election negotiation, the next effort at making some New Agreement.
In negotiations and consultations that stretch back over a period of a decade, the legacy debate has been characterised by disagreements, including the unionist fear of a republican effort to rewrite history.
The recent focus and fallout have been about the investigation of soldiers who once served here – a focus that ignores the Stakeknife Investigation and the prospect of a loyalist supergrass trial.
Perhaps the penny is dropping that investigation is across the conflict frame – police, military, intelligence as well as the IRA and loyalists.
That is what it means.
So, an agreement on legacy will not easily be achieved. Add to this an Irish Language Act and a reconciliation process and, then, for unionists, a range of issues, including mandatory coalition, and you get some idea of how long it might take to make that New Agreement.
A new, different, clear, certain working relationship may not be achievable. 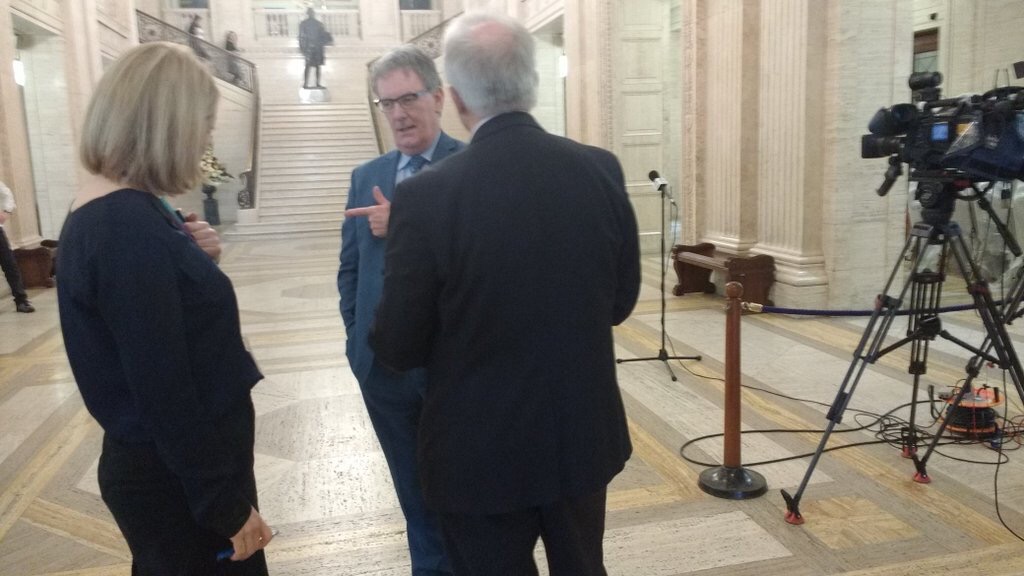 Before meeting Brokenshire on Wednesday, Ulster Unionist leader Mike Nesbitt spoke of a decade in which parties have shared Stormont Castle because they had to – a reference to the DUP and Sinn Fein.
“We need parties who will share it because they want to for the greater good,” he told this website.
Nesbitt knows an election means “uncharted waters”.
The voting and counting will change numbers but not issues.
A fundamental shift in republican thinking is being described – a review of the worth of this partnership, or non-partnership, with the DUP.
There is an election mood and mode – a waiting now for that next battle and no clear vision of what will follow.
It is that “bloody mess”.

Social share:
RHI
Previous Article‘GRACE’ by Eamonn Mallie
Next Article ‘MAKE-UP or BREAK-UP – can a Stormont divorce be prevented?’ – By Brian Rowan