You are at:Home»News & Current Affairs»Opinion»‘A PAGE TURNS IN THE STORY OF MARTIN McGUINNESS…’ – By Brian Rowan
Social share: 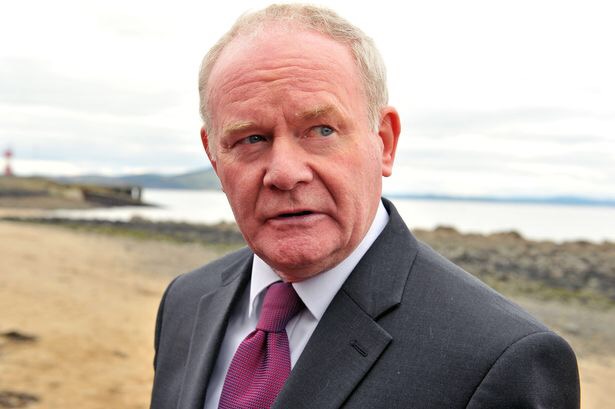 The story of Martin McGuinness reads from the pages of war onto those of peace.

His influence within the IRA in the big debates on ceasefire, decommissioning, the formal ending of the armed campaign and then policing, made the politics of this place possible.

Now we watch as the threads of Stormont come undone – watch a story dominated by the words crisis and collapse.

This evening (Thursday) another page turned with the news that McGuinness will not contest the March election. 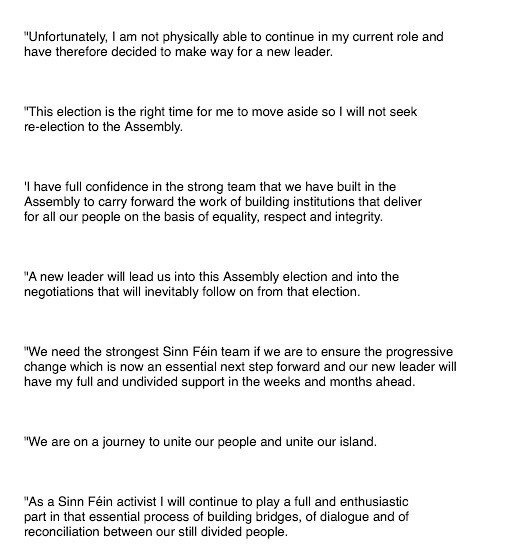 On the far side of the poll and the counting of the votes, there is no certainty.

This is not an election back into government but, rather, back into negotiations.

Two Mondays ago, we witnessed the frailty of McGuinness when he announced his decision to resign as deputy First Minister. The seriousness of his illness was obvious.

Sinn Fein in a battle with the DUP and Arlene Foster over the botched RHI scheme and other issues, used the politically nuclear option to remove the First Minister from office.

There had been a DUP/Sinn Fein-led Executive for a decade – McGuinness/Paisley, McGuinness/Robinson, McGuinness/Foster, but not now.
How long will it take it take to re-build that government?

McGuinness is making way for a new leader, but he is not leaving politics.

This evening, two tweets from veteran journalist Deric Henderson and former MLA and PUP leader Dawn Purvis captured that page turn in the McGuinness story from war to peace.

There will, of course, be those, who will only ever see McGuinness on the pages of war – see him in the stories of bombs and bullets and death and destruction – but there have been remarkable moments of reconciliation.

His meetings with the Queen – the debate with Chief Constable George Hamilton in Feile An Phobail in 2015.

McGuinness has quit electoral politics, something he had intended to do in May. He remains part of the Sinn Fein leadership and negotiating team.

That team has a massive task beyond the election – a new negotiation, trying to make a new agreement on the implementation of past agreements on issues such as legacy, the Maze/Long Kesh project and an Irish language Act.

There is no certainty that it can be achieved quickly, no certainty that the political institutions will be easily rebuilt, but a page turned this evening when one of the biggest figures in the war and politics of this place took a step back.