You are at:Home»News & Current Affairs»Opinion»‘A Green v Orange War that neither side can win’ by Eamonn Mallie
Social share: 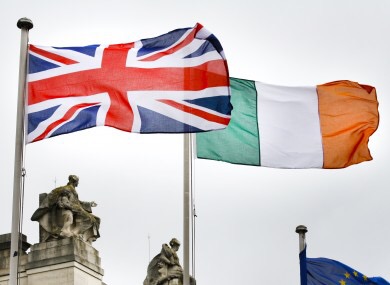 In the course of this article I will try and set out for you the reader where I understand Northern Ireland to be politically right now in the wake of deep probings inside the DUP and Sinn Fein.

During the Troubles a visitor from the Republic of Ireland who familiarised himself with Northern Ireland including the fractured debris strewn streets of West Belfast and the prosperous Protestant rural/farming areas of North Down and North Antrim – concluded:
“I wouldn’t blame the unionists for wanting to hold onto what they have and I wouldn’t blame the nationalists for wanting what they haven’t got.”

In those days the Good Friday Agreement had not yet become a reality and nationalists still felt second class citizens with Belfast City Hall a bear pit where Sinn Fein councillors were treated like lepers and pariahs.
The Good Friday Agreement and ultimately the St Andrews Agreement were meant to consolidate the principle of ‘parity of esteem.’ This aspiration was still born and therein hangs today’s tale of woe.

The architects of the political structures miscalculated how long it would take for the two traditions in Northern Ireland to come to terms with each other.
Historically Northern Ireland was a one party State with unionists feeling they were ‘born to rule.’
The architecture and scaffolding of the Good Friday Agreement were well intentioned but contained a fatal flaw.
While aspirationally the First and deputy First Ministers were meant to be co-equal, that is not in reality how it played out. The enemy of ‘parity of esteem’ resided in the term ‘deputy First Minister.’ That branding perpetuated the notion of diminished status of the ‘deputy First Minister’ for each nationalist holding that post. That argument would hold water were the contrary the case. This nuancing of title in what is supposed to be a co-qual office informed the notion of hierarchical superiority – regularly exploited by Unionist First Ministers in declarations such as “I am the leader of Northern Ireland.”
Factually Seamus Mallon, Mark Durkan, Martin McGuinness have been viewed in the Catholic community to be playing second fiddle far too often to their Unionist counterpart.
By dint of his personality Ian Paisley could not help himself from liking Sinn Fein’s Martin McGuinness as his deputy and that bond encapsulated in the sobriquet ‘Chuckle Brothers’ was one of the drivers leading to the toppling of Mr Paisley as First Minister and leader of the Democratic Unionist Party. It was not the only motive.
A senior DUP representative claimed the architect of the ‘sending Sinn Fein to Coventry’ policy was Nigel Dodds who reportedly instructed colleagues to engage Sinn Fein Assembly members strictly on a business basis – this meant no fraternising, socialising or over familiarising. Martin McGuinness claimed to have experienced this ‘cold shoulder practice’ in the corridors of Parliament Buildings.

Sinn Fein is adamant it will not be party to structures as currently operated by the DUP.
Sinn Fein might be presumptuous in thinking that the DUP would want to go back into government with it. This could be a double edged sword.
A political footnote: In August 1969 Gerry Fitt begged Home Secretary Jim Callaghan to send British troops into Northern Ireland to protect his beleaguered constituents.
Jim Callaghan’s answer was prophetic: “I can get the army in but it’s going to be a devil of a job to get it out” he declared. ‘Operation Banner’ saw troops leave in July 2007.
Bringing down the current administration and government is the easy part. Putting it back up is going to be more problematical.
Arlene and Gerry Adams I remind you – Ash Wednesday is not that far away – March 1 – and ‘ The Ides of March’ come two weeks later. “Be ware!”

Social share:
Arlene Foster ash RHI
Previous Article‘The DUP and Sinn Fein can save face in the current RHI crisis and work together’ argues Jamie Bryson
Next Article ‘STORMONT UPSIDE DOWN’ – Brian Rowan on a day when politics was rolled down its hill…