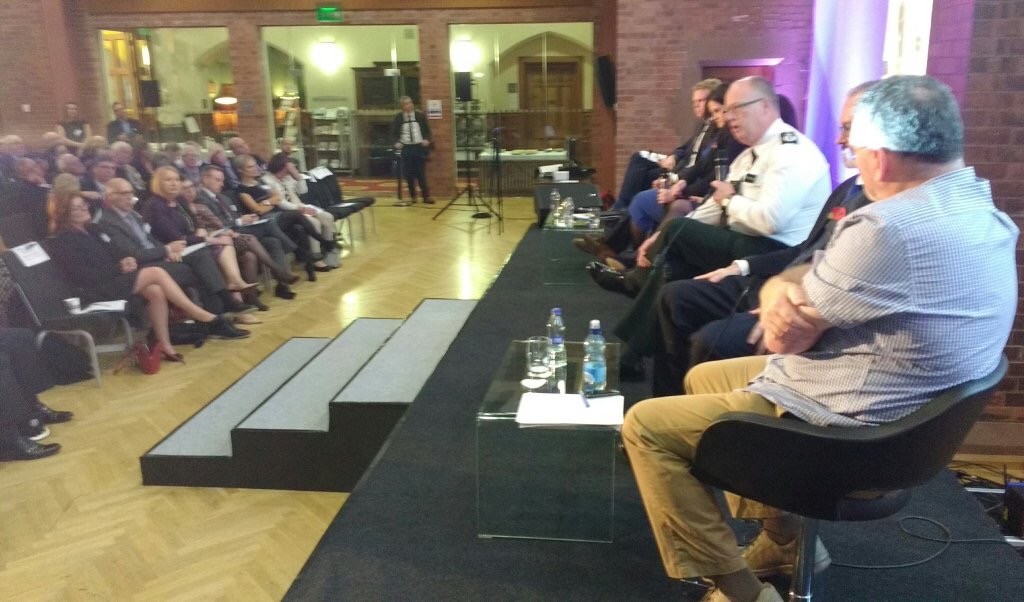 Change is a journey – a process; the challenge to make the old new. And, this week, there has been more fallout over policing.

We hear it in the reaction to a Review Report of the Police College at Garnerville – still the place of training.
It is not what Chris Patten envisaged in his report and recommendations of 1999:

“The Northern Ireland police should have a new purpose-built police college and the funding for it should be found in the next public spending round.”

“Garnerville is not a good site for redevelopment…We see advantage in having the college located away from other police facilities,” the report said.

It hasn’t happened, and when you leave something in an old space, then it will look old. All these years later, the latest review and recommendations point again to the need for change.

“The physical environment of the Police College should be changed to reflect a modern police service…Imagery across the site should be under constant review…The glass cabinet in the lobby should be utilised to reflect community initiatives and to celebrate operational Policing with the Community successes.”

The “militaristic” culture and terminology have to change. Squad, drill, show parade, passing out parade have no place in the dictionary of a new beginning.

Seventeen years after Patten, fifteen years into the story of the PSNI, why is there not a new Police College?

Why is there a recommendation in 2016 that: “The practice of students marching to and from classes has no practical operational alignment [and]should cease.”

Has the watchdog been sleeping – those tasked with keeping an eye to policing, tasked with ensuring accountability, tasked with delivering the new beginning?

How often do members of the Policing Board visit Garnerville, what has been the attendance of political members of that Board at graduation ceremonies, are there regular conversations with student officers? Before the recent controversies, there were 100-plus PSNI graduations.

Why are we still talking about Garnerville? Where is the new Police College that Patten proposed? If you get policing right at the beginning, then there is a better chance of getting it right in the middle and at the end.

We hear much talk of Policing with the Community, but how do you achieve that bond and trust with communities in an environment where armoured vehicles and guns are still needed.

What more can the leaders of the Catholic, nationalist, republican community do to challenge the dissident threat and to make the message of support for policing louder and clearer?

You achieve Policing with the Community, when officers joining from that community can continue to live within it.

While there are threats, there will always be distance – policing away from the community.

MI5 should have no role within new policing. What are the intelligence tasks they perform that cannot be performed by police?

The Past needs to be lifted out of policing. The police can’t do that. It is a job for others.
Getting out of Garnerville, getting that new college, making more progress on representativeness and getting these other big bits sorted are the important next steps.

Show parades for dripping taps or dust on boots have no place in today’s policing.

It is time to refocus on what really matters.

Social share:
Previous Article‘Fifteen years of the PSNI – have we missed the point of Patten?’ – By Brian Rowan
Next Article LEGACY LATEST…”no mountain in front of us higher than the one we have climbed already” – By Brian Rowan