You are at:Home»News & Current Affairs»Opinion»‘PENDING – THE STAKEKNIFE QUESTIONS… agents, the Army, intelligence and the IRA’ –
Social share: 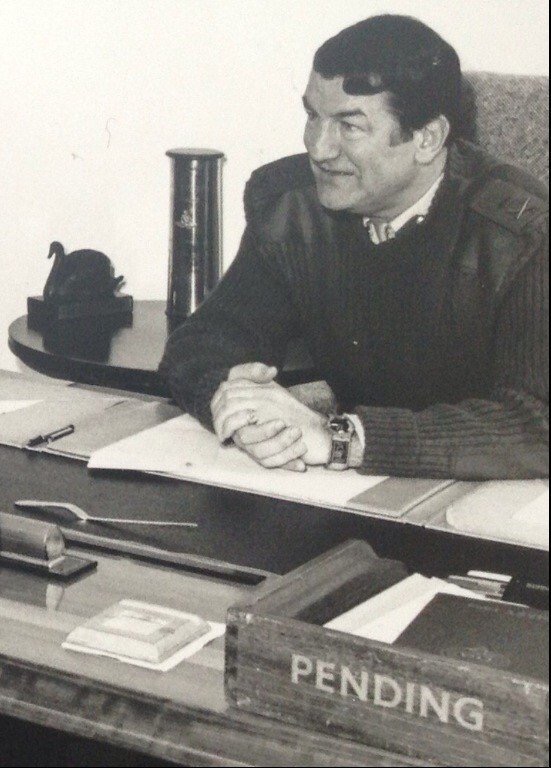 Bedfordshire Chief Constable Jon Boutcher was in Belfast this week along with the senior investigating officer on Operation Kenova Keith Surtees.

They follow in the footsteps of Stalker and Stevens – tasked with another outside investigation that will shine torches on what is often called the dark side.

It will take the brightest of lights in the darkest of tunnels to see into and through the tangled webs of the dirty war.

Operation Kenova is an investigation into the executions of suspected informants, the alleged role of the Army agent Stakeknife, what was known across the intelligence agencies, Military, MI5 and the former RUC Special Branch and the activities of IRA internal security.

Boutcher has been assembling his detective team and putting in place two panels to advise his investigation – a Victims Focus Group and an Independent Steering Group.

A question screaming out for an answer is how the Army and MI5 explain and justify the alleged role of Stakeknife – an agent in that part of the IRA that interrogated and tortured other suspected agents, steps often leading to execution.

Under what rules of intelligence gathering or agent handling was that possible?

Were other agents sacrificed in those places where Stakeknife was at play?

The cavalry came to save the agent Sandy Lynch in 1990 – rescued him from an IRA interrogation, but what about the many other suspected agents shot and dumped for all to see?

We know the importance the Army attached to Stakeknife – know because of the words spoken by former GOC (General Officer Commanding) Sir John Wilsey in 2012 when secretly recorded by a military intelligence whistleblower claiming to be a television news researcher.

Wilsey described Stakeknife as “our most important secret” – “a golden egg”…”We were terribly cagey about Fred,” Wilsey said.

Freddie Scappaticci, interned in the 1970s, denies he was the agent.

Boutcher intends to question him: “I’ll knock on Freddie Scappaticci’s door when I’m ready,” the Bedfordshire Chief Constable said in an interview with Sharon O’Neill of UTV on Friday. 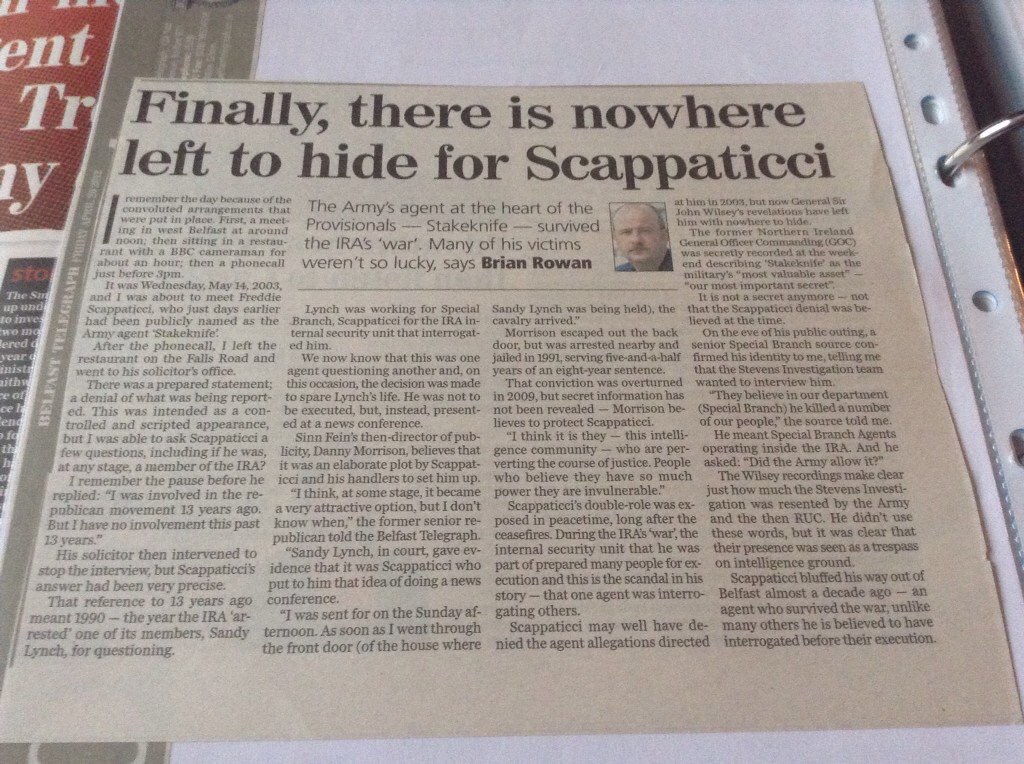 The secret recording of the former Northern Ireland GOC left Scappaticci with no hiding place.

Back in 1993, when he was the most senior Army officer here, Wilsey walked in his army boots into another intelligence controversy.

In an interview, I asked him about another military agent Brian Nelson who had been jailed – asked him had the Army felt shame and, in his answer, the General tripped and tumbled into the headlines.

“Certainly not ashamed,” was his response.

The Nelson affair put a sharper focus on intelligence practices, collusion and the dirty war.

Years later, the description of Stakeknife as “a golden egg” was another example of the wrong words.

There are questions about rules or the lack of such, which became the play space for the deadly games of that dirty war.

On Thursday solicitor Kevin Winters and a number of families met Boutcher and his team in Belfast.

Winters describes it as both a “robust” and a “positive” meeting.

“The biggest challenge facing Jon Boutcher is how far this goes to the highest political and military levels,” Winters told the eamonnmallie.com website.

“What is needed is a framework to allow former security/intelligence personnel to engage with Boutcher and his team.

“We anticipate that legal action will be required to allow this to happen,” he added.

Operation Kenova is not just about the agent and the intelligence world.

It is also about the IRA – about those involved in interrogations and torture and about those who pulled triggers.

Boutcher will ask Sinn Fein to support his investigation, but what can he expect when he starts to ask republicans about Freddie Scappaticci or IRA internal security?

The answer to that question is silence.

Jon Boutcher is at the beginning of Operation Kenova – nowhere near the end.

Will the dark tunnel of this part of the past be any clearer when he is finished?

It is far too early to make any predictions about that, and there is another question.

What will happen to Operation Kenova if a structure, including an Historical Investigations Unit (HIU), is finally put in place to address legacy issues in a much wider frame?

As we listened to the Victims’ Commissioner Judith Thompson and politicians Gerry Kelly and Mike Nesbitt being interviewed by Mark Carruthers on Sunday Politics there was still no clear path – no certainty about the HIU, the Independent Commission for Information Retrieval (ICIR) and the other parts of the legacy structure.

Nor is there any clearer indication about what Secretary of State James Brokenshire intends as a public phase or consultation on these matters.

For all of the focus on Stakeknife-related matters this week, the unanswered past is in a much wider frame.

Social share:
Brian Rowan dirty war Stakeknife
Previous Article‘Answering the Past or Avoiding the Past…’ – By Brian Rowan
Next Article ‘Watching Unionism hoist by its own petard’… by Terry Wright…