You are at:Home»News & Current Affairs»Opinion»‘HEARING THE OTHER…’ By Brian Rowan
Social share: 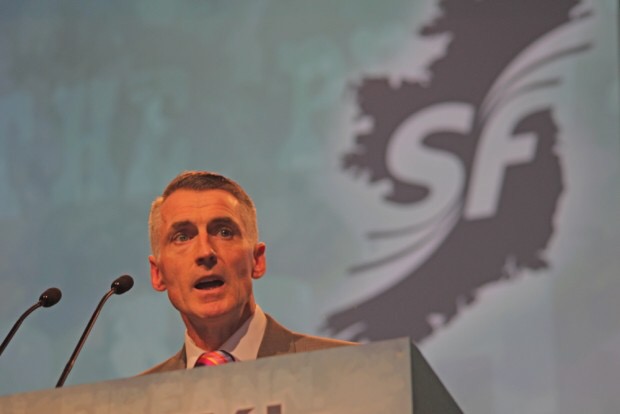 It was one of those ‘what next?’ conversations – a thinking out about the next phase of the peace process, about what has happened and what still needs to happen.

The venue on Monday evening was the Arts and Cultural Centre at Duncairn Avenue in north Belfast – the speakers Declan Kearney of Sinn Fein and the retired army officer Kingsley Donaldson, who stepped in as a last-minute replacement for his brother, the DUP MP Jeffrey Donaldson.

Former Methodist President Heather Morris steered the event and the conversation through its various steps.

Donaldson spoke of a past that is “politicised” and of “the clash of the narratives” – the issues that linger but that should not hold us back.

He acknowledged the series of “uncomfortable conversations” – the talking both publicly as well as privately, adding we are “very dominated” by the past and that there is “little agreement”.

As for the future, he put his thoughts in the frame of cautious optimism.

As Kearney spoke, he posed a question: Does a momentum exist for reconciliation and if not why not?

He said reconciliation is not an option but an absolute imperative.

Then, he described the hurts visited on many – the people of the Shankill Road, the Finucane family, the Donaldson family and the people of the New Lodge, just a stone’s throw from where last night’s event was hosted.

The Sinn Fein MLA spoke of victims – not right and wrong victims, not innocent or guilty victims, just victims. And he said there is no point ending wars for them to be carried on politically and psychologically.

Will everyone agree with everything that was said last night? The answer, of course, is No.

But does that mean we shouldn’t listen?

We have to hear the other – whether we agree or disagree.

These conversations must continue.

They must, but are the people outside the room – political and other – up for the challenge? Are they really interested?

We need the answers to those questions.

Social share:
Declan Kearney Kingsley Donaldson Reconciliation Sinn Fein
Previous Article‘Trying to find a new beat to which to march’ – by Brian Rowan
Next Article A Protestant voice in the wilderness in pursuance of decency.