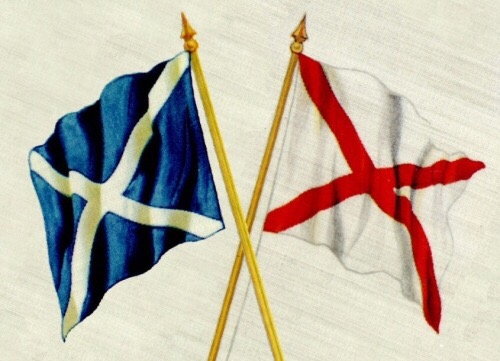 Where is Ulster without the Scots?

Where are unionists without soft nationalists and cosmopolitan Protestants?

The statement of the obvious can be a revelation. There’s something glaring in Northern Ireland that we don’t talk about – the unionist-voter gap. The gulf between the unionist voter and the unionist politician.

We have a wide electorate voting for a narrow unionist political class.

According to the last census there are just 10,068 Free Presbyterians in Northern Ireland – 0.6% of the total population.

Yet Free Presbyterians and their reactionary views hold sway over Northern Irish life.

There are less than 30,000 members of the Orange Order, a tiny proportion of Northern Ireland’s 1.8m inhabitants. Orangemen are 21 times more common in the DUP than in the general population.

Yet the Grand Orange Lodge of Ireland looms large over Northern Ireland, ever ready to disrupt life, politics and trade.
There are two Northern Irelands – a liberal sphere and a traditional sphere. It can feel like the latter has a monopoly of influence.

While the liberal sphere is politically incompetent, as NI21 demonstrated, numerically they are not insignificant. Credible estimates put attendance at Culture Night Belfast – a sort of middle-class twelfth – at 50,000.
Writers and commentators regularly attest to how modern and broad minded Northern Ireland and its people are.

An Ipsos MORI poll found support for gay marriage in Northern Ireland at 69%.

In spite of the two worlds, the traditionalist DUP enjoys a hegemony, able to co-opt the greatest share of a population with whom they are obviously out of tune and step. Against the odds the DUP have been able to date to be able to straddle the gap.

Cosmopolitan Protestants and even Catholic (caffeine-free) unionists vote unionist and even DUP despite having nothing in common with unionist policy or practice.

Election day tends to bring out the tribal impulse in even the most garden-centre of protestants. Since every election is a border poll and a referendum on universal healthcare (NHS), those happy with the Union are very happy to gleam over the unpalatable aspects of pro-Union politics.

But the Union favoured by liberal Protestants and caffeine-free-Catholic unionists is no more.

Under the old dispensation, Northern Ireland was a member of the European Union and the Union of Great Britain and Northern Ireland. It was the best of both worlds for apolitical Protestants and Catholics.

Under Article 1 of the Good Friday Agreement you could live in Northern Ireland and be British or Irish, or both, or neither.

While Ireland was divided into two justifications, it was united under the common European jurisdiction, making the border negligible.

With European membership, borders and identities could be shared and understood in broader and more flexible ways.
However, under the new post-brexit dispensation, the unionist gap may now have been stretched to breaking point.
We are now seeing the ascendency of angry English nationalism and nativism.

The Irish border will change, both in the mind and materially.

The union that was accommodative now seems increasingly hostile.

Unionism and the DUP now look like a bridge too far for secular metropolitan unionists. Many soft unionists have already attested to swinging towards Irish unity.

Ulster and Scotland used to be synonymous. Now they stand as opposites. Scotland may have voted against independence in 2014, but it was a close vote, and two years is a very long time in politics.

Passion for independence has been refreshed anew.

The Europhilia of Scotland is irresistible. The Scottish question presents a moral conundrum that could undermine the very foundations of the Union of Great Britain and Northern Ireland.

The very existence of Northern Ireland is based on partition of a region on the basis of sef-determination. The exclusion of Ulster is the perfect precedent for the exclusion of Scotland from any secession from Europe.

Without the Scots the Union is meaningless for Ulster unionists. The Scots and the Protestant Irish are ancestral brothers with profound historical, cultural and political links. Meanwhile the English care about the Protestant Paddies as they do for bonfires and parades – zilch.

Scotland is drifting and England is positively indifferent. Northern Ireland unionists just look clingy. To what is unionism clinging? For what does unionism stand?

After the vote it seems clear that unionism is imperilled. As David McWilliams tweeted, June 6 2016:

“Looking at DUP yesterday, don’t think they realise what they’ve ignited underneath themselves! It’s not 1973 anymore!”