You are at:Home»News & Current Affairs»Opinion»‘Loughinisland Report – what next?’ by Brian Rowan
Social share: 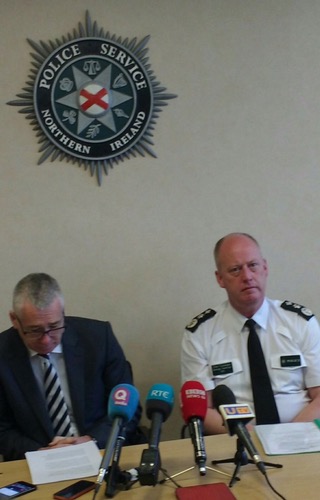 On his twitter account on Sunday Chief Constable George Hamilton posed a what next question – what should now happen as a follow-up to the Police Ombudsman (PONI) Report on the Loughinisland shootings of 1994?
Hamilton said he looked forward to PONI action “pursuing those guilty of collusion…[and]where reasonable suspicion exists arrest and interview and report to prosecutor”.
His comments are a clear statement that the report – given the seriousness of its findings – should not and cannot represent a full stop. 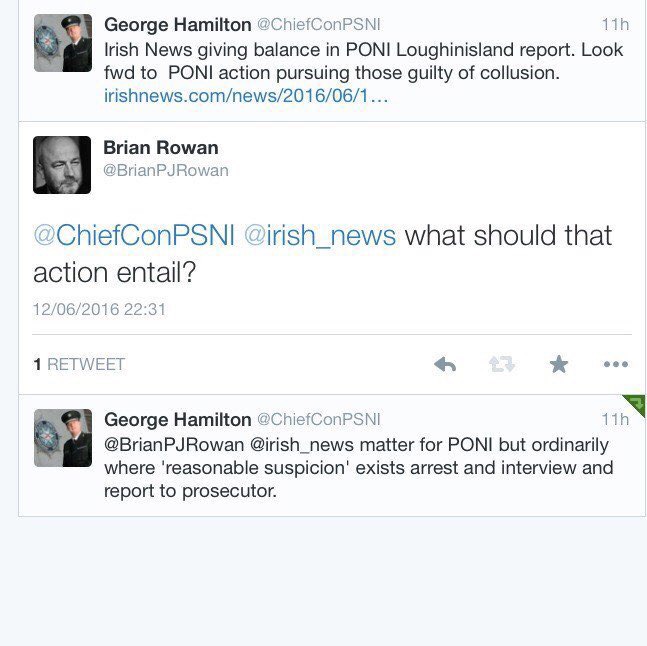 The report last week was another of those headline moments – 160 pages detailing the findings of a Police Ombudsman investigation into the murders at the Heights Bar in Loughinisland in June 1994.
Six men were killed in the UVF attack.

The investigation by the Ombudsman pressed the rewind button back to the late 1980s and to an arms shipment successfully smuggled into Northern Ireland and divided among the UVF, Ulster Resistance and the UDA.
It included VZ58 rifles, 9mm pistols, rocket launchers, fragmentation grenades and ammunition. 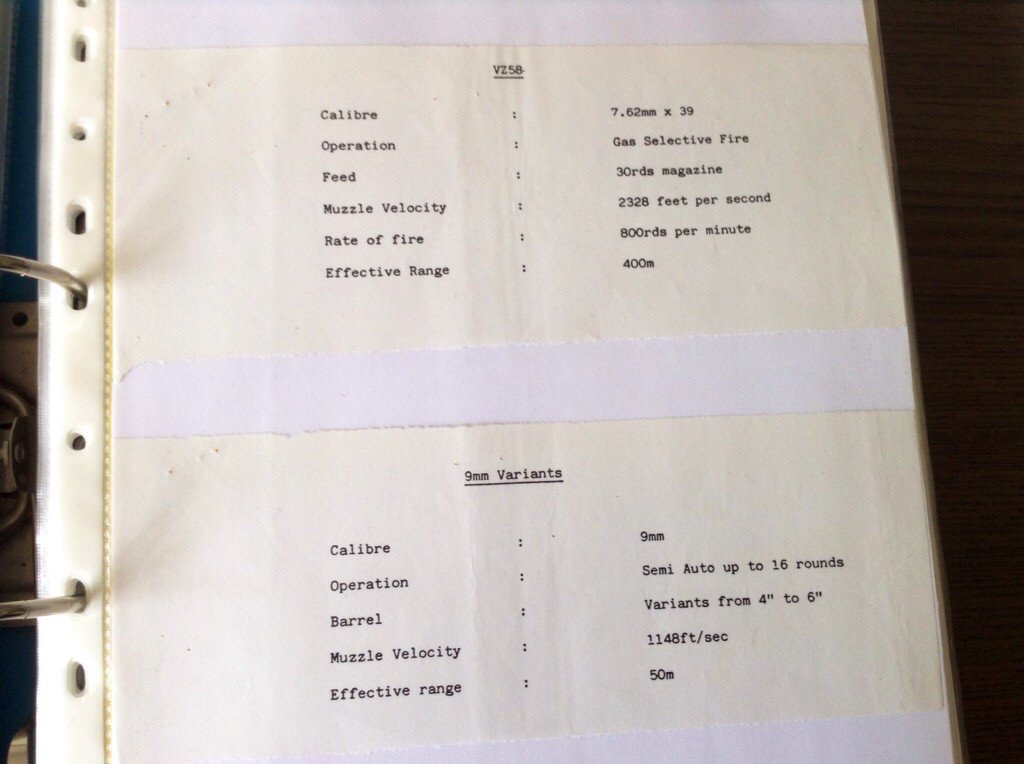 Many of the weapons were seized, but the guns that got away were then used in a violent loyalist surge that into the 1990s exceeded IRA killings.

The weapons are linked to the Loughinisland shootings – the thread that runs from the arms importation to the pub massacre.

What did the Ombudsman find?

That police informants at the most senior levels within loyalist paramilitary organisations were involved in that importation.

Ombudsman Dr Michael Maguire said the police approach to informants was a concern which appeared time and time again throughout this investigation – that informants who were involved in gun-running were protected from police investigation.

The weapons belonging to the UDA were seized in January 1988 as they were being moved to Belfast, but a surveillance operation failed to locate the distribution point.

Information from within loyalism, suggests that the UVF moved its share of the weapons at the same time. About half were later found in a police search.

According to loyalists, Ulster Resistance later sold weapons to the UDA.

The weapons from that importation are what made possible the loyalist killing surge of the early 1990s through to the period of the ceasefires in 1994.

Just months before the Loughinisland shootings, loyalists had been exploring the possibility of announcing their ceasefire before the IRA.

Their terms were set out in a private document given to the then Church of Ireland Archbishop Robin Eames to share with the British Prime Minister at the time John Major. 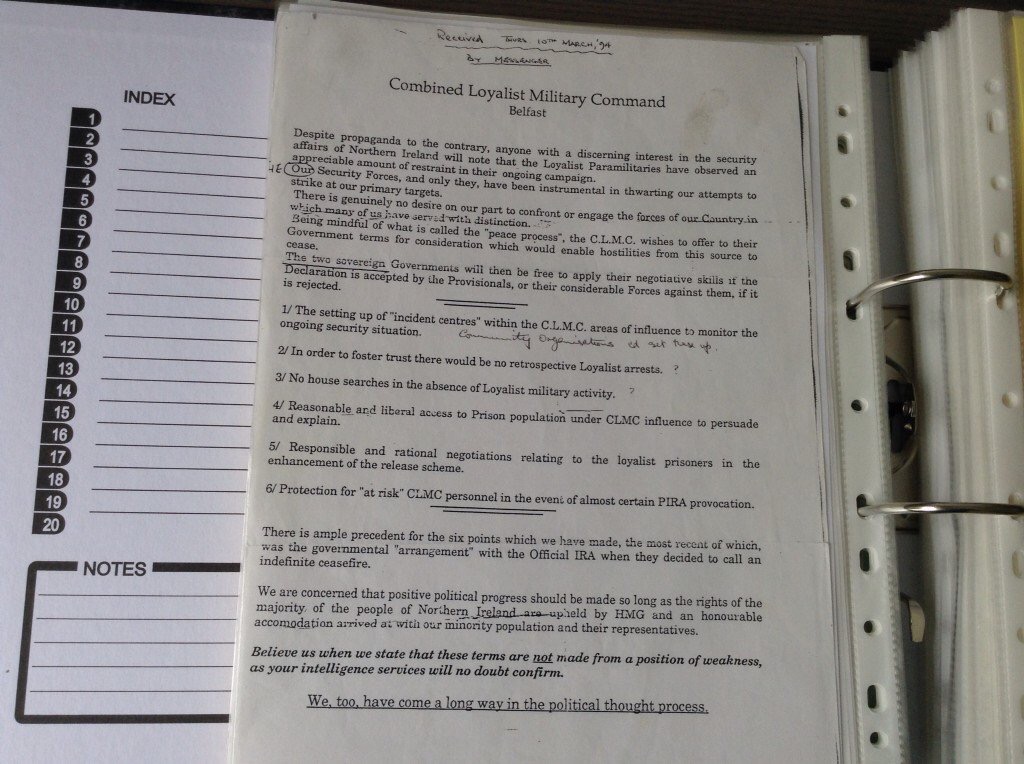 That possibility disappeared in a series of attacks carried out by the INLA and IRA targeting senior loyalists, including on the Shankill Road in Belfast just two days before the Loughinisland shootings.

The Ombudsman Report found no evidence that the security forces were aware that the UVF were planning the pub attack, but collusion has a very broad definition, including the protection of informants – in some cases a hear no evil, speak no evil, see no evil approach – turning a blind eye, investigative failings.

It is within this frame that the Ombudsman said that collusion was a significant feature of the Loughinisland murders. 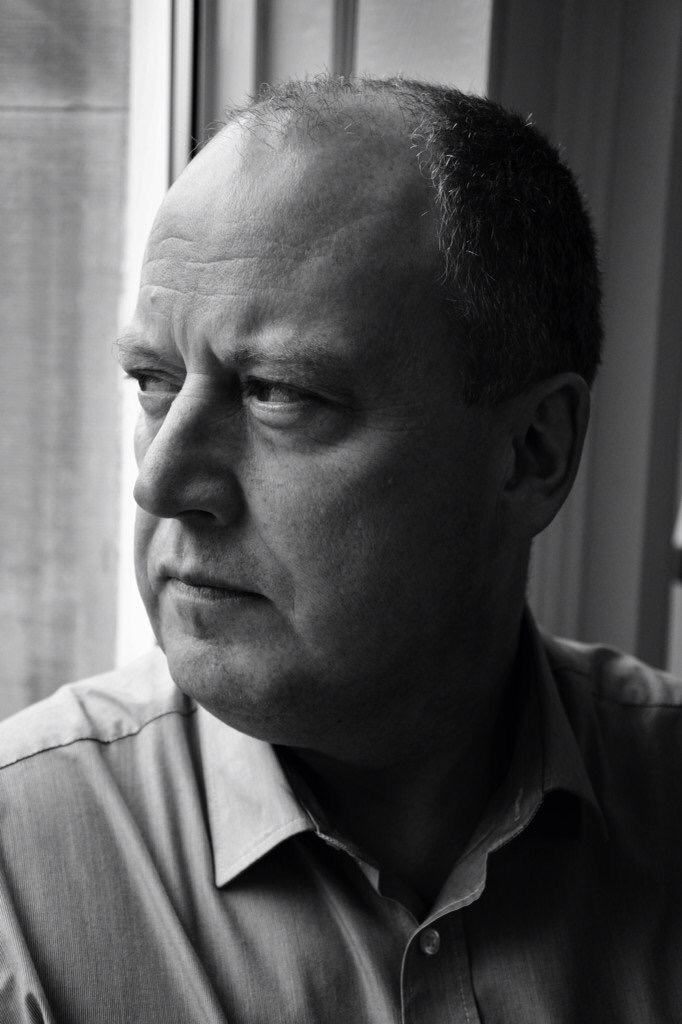 Now, the Chief Constable is waiting for the follow-up action – the arrests and interviews and reports he believes should result from these findings.

We are in a period when the past has come flooding into the present. Details of the Stakeknife Investigation have now been confirmed – Operation Kenova, which will be headed by Bedfordshire Chief Constable Jon Boutcher with Keith Surtess seconded from the Metropolitan Police as the senior investigating officer.

From its London Headquarters, it will examine over 50 IRA killings, the alleged involvement of the Army Agent Stakeknife inside IRA ‘internal security’ and what was known within military intelligence, RUC Special Branch and the Security Service MI5.

This investigation – and other investigations that will follow – will explore the moral maze that is a dark past and a dirty war.