You are at:Home»News & Current Affairs»Opinion»‘Stormont – no sense or suggestion of Crisis’ – By Brian Rowan
Social share: 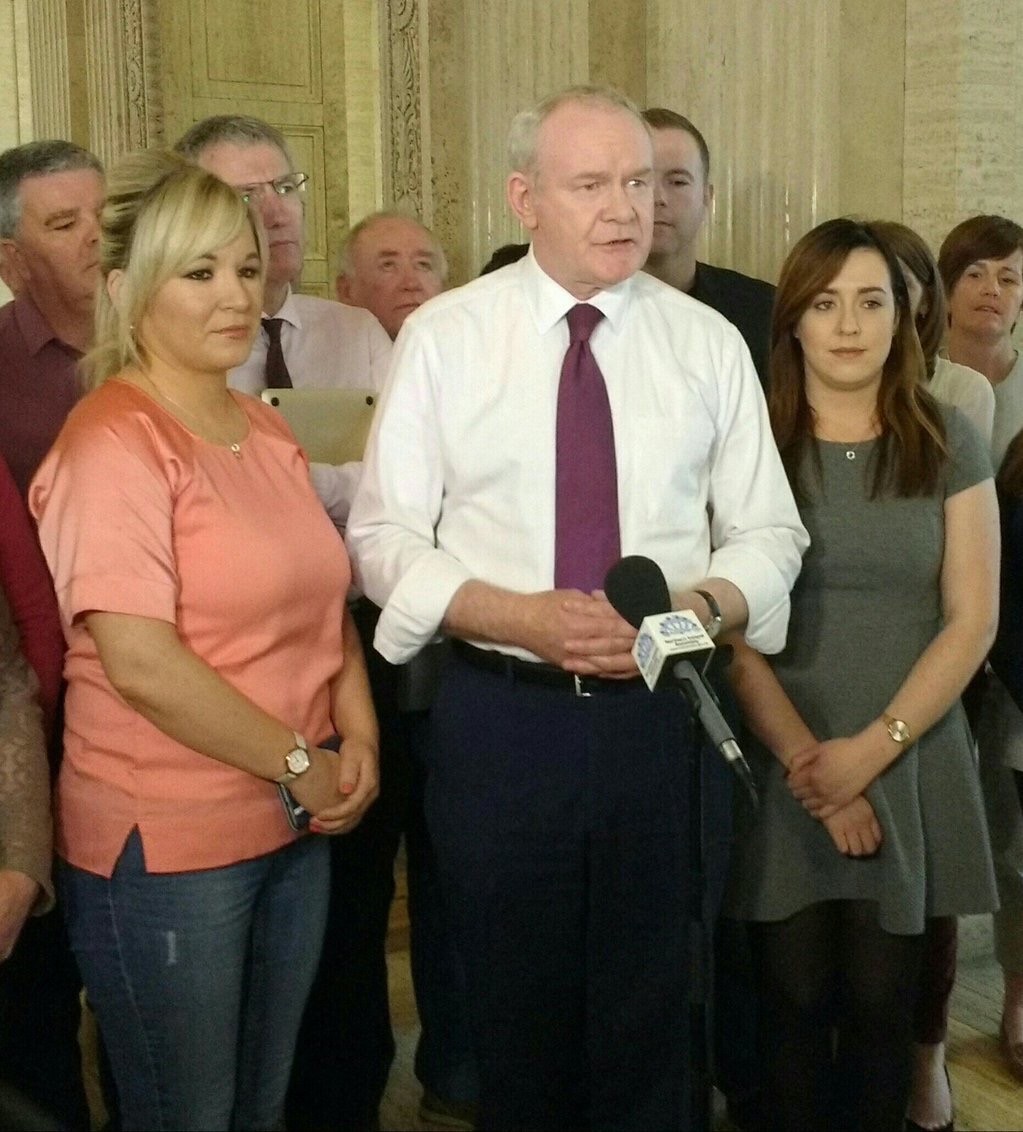 Usually the last piece of the jigsaw is the easiest one to find.

Not so at Stormont.

Yes, we can see much of the shape of this changing political picture – but not yet all of it.

The Ulster Unionists and SDLP in opposition. Those pieces slotted into place before these last few days of watching and waiting up on the hill.

Within that opposition, we see the beginning of a generational shift – most noticeable within the SDLP.

Then, on Tuesday, other pieces fell into place with Sinn Fein’s announcement of its ministerial team. 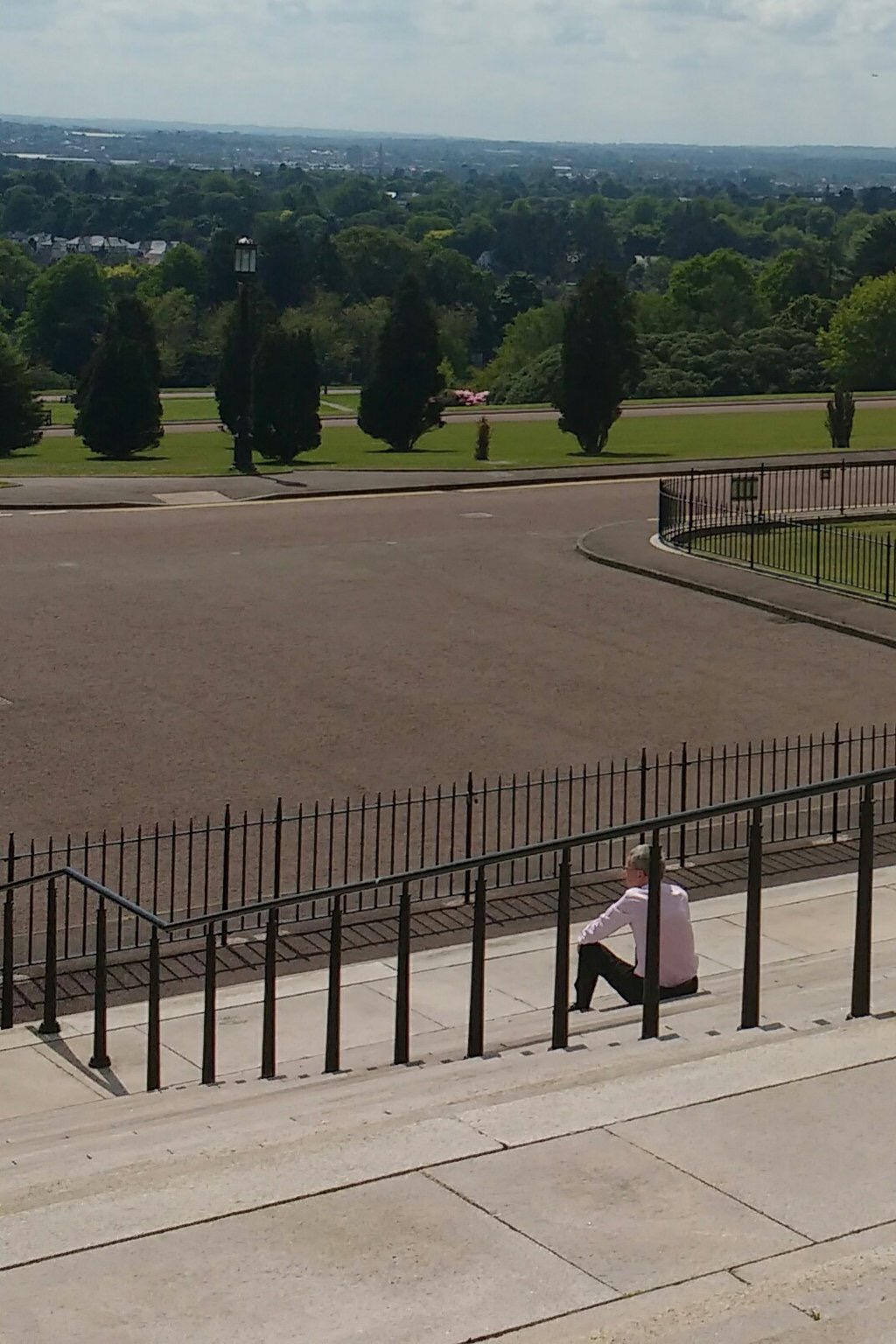 A couple of hours before Martin McGuinness revealed the names, I noticed Mairtin O Muilleoir sitting alone on his phone on Stormont’s steps.

Was he sharing some news or just arranging his next run?

I don’t know, but the former City Mayor will be another new face at the Executive table bringing all his energy to that position and place.

We also see more evidence of that generational shift in politics with Megan Fearon and Chris Hazzard named in the Sinn Fein team along with Michelle O’Neill.

From the day of the election results, I believed we were at the beginning of something new in politics – not the same old same old.

A new picture is developing.

The DUP has not yet announced its ministerial team.

Then there is that missing piece – the Justice post and who will take that seat at the Executive table.

Did Alliance price itself out of negotiations with its five demands?

Was a Green Party Minister ever a serious option?

What about those talks that Arlene Foster and Martin McGuinness had with Independent MLA Claire Sugden? 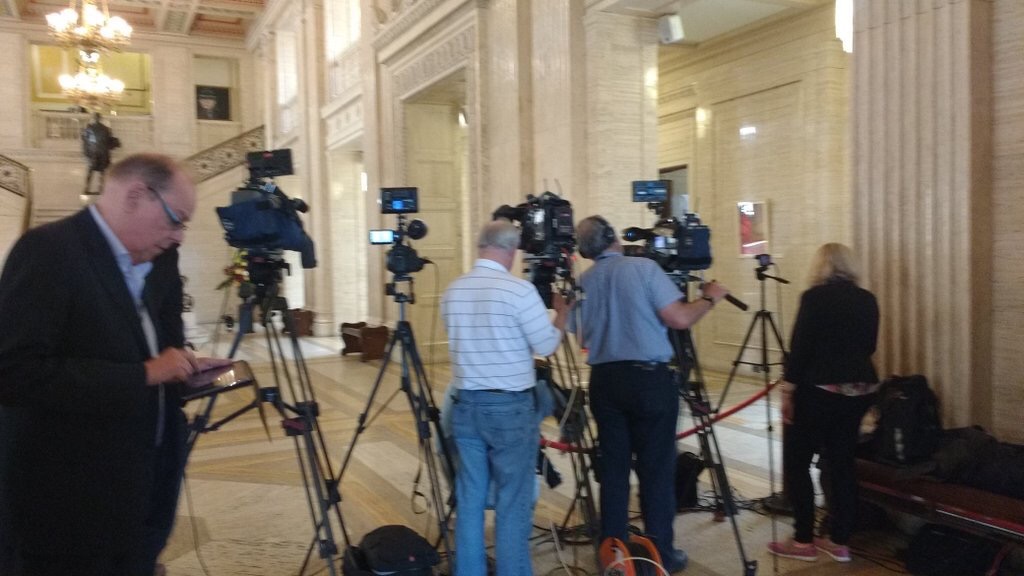 Days of waiting and watching at Stormont

Or is there some other possibility that both the DUP and Sinn Fein could support?

Among all of those pieces is that last piece – the one that we have not yet been shown.

Martin McGuinness sounded confident when he said on Tuesday that it will be resolved to his satisfaction and Sinn Fein’s satisfaction.

Could his party support a DUP Justice Minister having heard Arlene Foster say her party would not support Sinn Fein in that post?

Any such move by McGuinness would cast him in the role of second-fiddle. That is how it would look.

In internal briefings on Tuesday, Sinn Fein was telling its members there would be an Executive and there won’t be another election. That has the sound of a deal that is done, of certainty and of no doubt.

So, by Wednesday, the picture will be complete.

There will be an Executive.

At Stormont, there is no sense or suggestion of crisis, but rather an air of confidence.

On a separate issue, the panel tasked with producing a strategy to disband paramilitary groups will report very soon.

That change, a final exit of loyalist and republican organisations, will take much more than a report to achieve. It will require time – yes, even more time – and the will on the part of those groups to leave the stage.

Change is a process the pace of which will be determined from both inside and outside politics.

Social share:
Executive Northern Ireland Stormont
Previous ArticleIs The Ulster Unionist Party snatching its clothes back from the DUP in going into Opposition asks Terry Wright?
Next Article Will Stakeknife bring the house down?