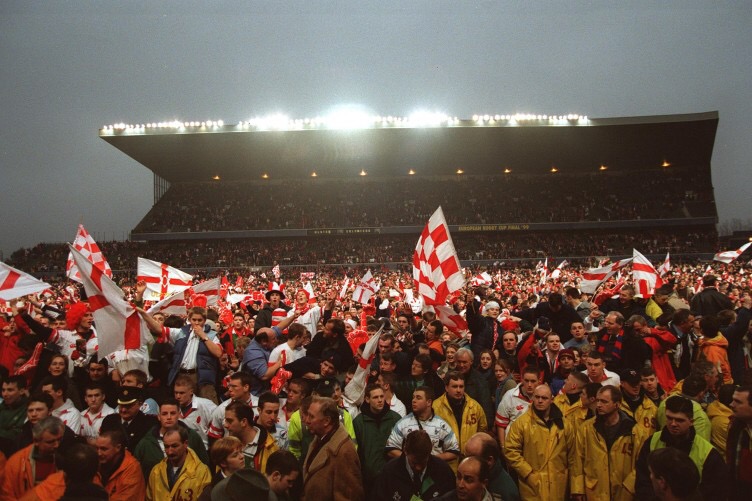 The European rugby final 1999, when it felt like all the North came south

A torrent of letters, books and articles have discussed the Easter Rising and Ireland at the one hundred year milestone.

As a northern protestant* I welcome the breadth of the debate and the courtesy that is afforded the non-orthodox voice.

However, much work remains. The northern Catholic is semi-eclipsed, and the northern protestant remains entirely (and fatally for an Ireland united) occluded, just as they were in Easter 1916.

Andy Pollak of the Irish Times wrote that during the centenary commemorations “the North – or Northern Ireland – was nowhere to be seen and rarely, if ever, mentioned.”

Even more worryingly, while John Bruton, Attorney-General John Larkin and some Catholic clergy presented an alternative view, the youth of Ireland in 2016 produced a view of the Rising that was entirely fixed and orthodox; straight out of the partisan history curriculum.

JOE.ie, a major vehicle of Irish youth culture, was very traditionally patriotic during Easter Week of 2016. The youth news site even created a new profile picture for Twitter, Facebook and Instagram, the JOE.ie banner in gaelic front with a picture of Padraic Pearse that remembers “the heroes of the 1916 Easter uprising.” 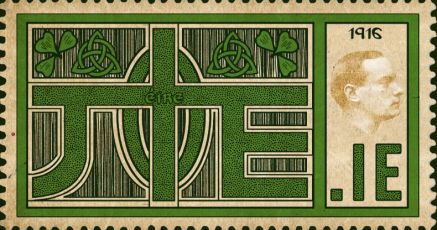 Una Mullally, the fresh and acclaimed voice of modern Ireland, wrote in the Irish Times, “Embrace your Irishness and celebrate 1916”, and added that “the Rising reminds us of greatness; a time when political leaders had big ideas.”

Jennifer Hough, another young woman, writing in the Irish Examiner hailed the Easter Rising and suggested that if violence was OK in 1916 it could perhaps be deemed OK for the Provisional IRA during the Troubles. Hough then decried the present neglect of northern Catholics by Southern Ireland and the aggression of loyalist communities. But what about three-quarters of a million Northern protestants? Aren’t they Irish and entitled to a balanced hearing?

These three voices tell a story. These young Irish influencers have all provided a blunt and singular reading and presentation of events a century ago.

As an Irish unionist I want relations and Union with Scotland, Wales and England. That doesn’t prevent me from wanting to be Irish and to play a part in the story and culture of modern Ireland.

But when the authentic story of Ireland and Irishness remains gaelic, Catholic and pro-Pearse, it makes it very difficult to feel at home.

To my mind, Conor Cruise O’Brien wrote one of the most astute observations on Ireland of the last one hundred years:

“Our school histories do not seriously discuss the ideas and politics of the men of 1916 in relation to the Protestants of Ulster.”

The men in the General Post Office in April 1916 knew that the Covenanters of Ulster had pledged total resistance to Home Rule.

How would declaring a republic and starting a rebellion lessen Ulster resistance? It didn’t, it redoubled ulster obstinacy and opposition to a Dublin parliament.

Then, as it is today, northern protestants were either wilfully misunderstood or flat out ignored. Then and today Irish republicans thought the British in Ireland were soldiers and armoured cars, instead of being everyday shop owners and farmers and workers and professionals. The British were everyday Irish men and women who simply differed politically from Irish republicans. Conor Cruise O’Brien also captured this problem astutely:

“Irish-Ireland wrote and talked as if it assumed that the battle [the Easter Rising]would be over once Dublin with its garrison of dentists’ wives had surrendered.”

Charles Stewart Parnell said Ireland could not afford to give up on the talents and energies of a single Irishman. This remains so today.

If we are to bridge the divide Irishness will have to welcome Irish monarchists as it does republicans.

The Irish State has done a superb job in creating a balanced and varied commemorative programme. That’s what makes the Republic “a good place for protestants now”, as Andy Pollak wrote. Yet many remain unconvinced, including unionist commentator Alex Kane.

Much stands in the way of a full entente cordiale. Principally, ending the teaching of a singular, orthodox way of being Irish and Irish history.

It is particularly worrying thatthe youth of Ireland have presented a concept of Ireland and Irishness that is traditional and troublesome.

The Irish rebels made partition inevitable by making the idea of Ireland as Gaelic, pastoral and unswervingly anglophobic.

The Irish youth make the division of Ireland more enduring by painting a fresh coat of orthodoxy over the concept of Irishness nurtured so diligently by Irish-Ireland this last century.

Ireland is not America. The fight for Irish independence is not the same as American independence. For one, America is a very young country, Ireland is ancient. Further, American rebels were protestant planters and dispossessors, they did not seek a catholic Workers Republic made up of dispossessed gaelic natives. Ireland has a millennia of history and centuries of in and out migration, with layers of memories good and gruesome.

Roy Foster said on BBC Radio 4 that “2016 is going to be seen as a very important moment in Irish self-definition.”

This self-definition must be something new and fluid. The next century of Ireland and Irishness must allow for that millennia of history, diverse and multifarious as it is. Otherwise division will endure, and antipathy prevail.

Social share:
Previous ArticleBrian John Spencer asks ‘Is there much difference between a 12 year old boy who writes to Queen and average adult Unionist or Nationalist?’
Next Article Seeing through a shut eye