You are at:Home»News & Current Affairs»Opinion»How right Leon Uris was when he said of Ireland: “There is no future: just history repeating itself.” Brian John Spencer reflects…
Social share: 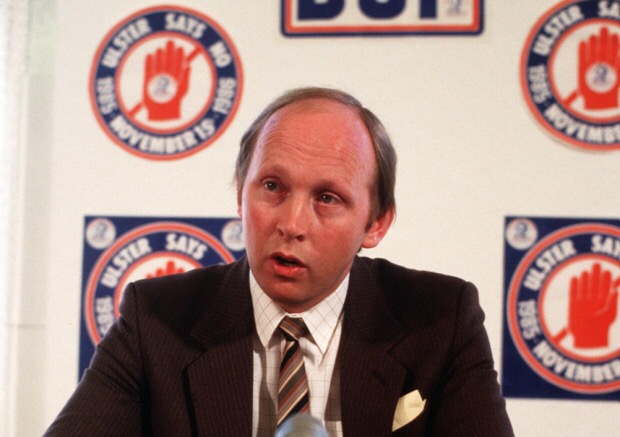 George Bernard Shaw portended Northern Ireland as “an autonomous political lunatic asylum”. How right he was. I’m not sure that was the creator’s intention, however.

The ideals of Easter 1916 are well known, but the ideals of Edward Carson were just as high; he wanted every Irishman to enjoy the rights and liberties enjoyed by English, Scots and Welshmen. Parity of rights emanating from one legislature for the two islands. Sir Carson proclaimed in February 1914:

“Our quarrel is with the Government alone, and we desire that the RELIGIOUS and POLITICAL views of our opponents should be everywhere respected. We fight for equal justice for all under the Government of the United Kingdom.”

Yet the state that Carson created strayed from British values and singularly failed to respect the RELIGIOUS and POLITICAL views and rights of the Catholic minority, the perceived opponents of the unionist and protestant ascendency. Lord Brookeborough said:

“The fact is, the Roman Catholic, by and large, is out to destroy Ulster and bring it into a United Ireland.”

Northern Ireland government was for its first four decades undemocratic. (I can be a committed unionist, and a strong critic. The two are not contradictory.)

For the first four decades there was no effective opposition in Stormont, and no likelihood of an opposition emerging.

Unionism had guaranteed its perpetuation by gerrymandering boundaries and failing to implement the British model of one man one vote.

Jim Allister joined the DUP in the year of its foundation, 1971. The party was an asylum of Free Presbyterian reaction, a wrecking ball against reform and a vanguard for a one party state. It was a strange choice of name, the Democratic Unionist Party, for the first word of the DUP acronym is what Ian Paisley and his party strenuously opposed. As disenfranchised Catholics under the Civil Rights Association marched for full British democratic and civil rights, Paisley and his supporters counter-marched and counter-claimed.

It should be pointed out that the DUP leader said to Eamonn Mallie in 2013 that he accepted that the very rights denied Catholics and Nationalists were correspondingly denied of non property owning Protestants.

Gerry Fitt, one of the founders of the SDLP, was a republican who revered the socialist James Connolly but who also served in the British navy. Fitt sought British values for Northern Ireland, as he said in his Maiden speech to House of Commons, April 25 1966:

“I am not asking for preferential treatment, or making an outlandish request on behalf of my constituency; I am asking for exactly what British constituents have.”

Ian Paisley and other extreme protestants mistook equality for a United Ireland. Ian Paisley’s counterclaim to Fitt, the reformers and the Civil Rights Association was, “CRA equals IRA.”

It was a glaring mistake, for it was impossible for the Civil Rights Association to be the IRA – the IRA was a spent force; starved of community support it had withered away.

As Joe Cahill said, the IRA border campaign of 1956-1962 failed due to absence of support:

This remained the case in 1969. Cahill also told Robert Kee that Belfast Catholics welcomed the arrival of the British troops in 1969, meaning he “felt as a republican at that time that we didn’t have any great opportunity of striking against them the Brits.”

Tom Caldwell, a liberal unionist, told Robert Kee that Lord Brookeborough would remain fixedly anti-Catholic, inspite of their clear rejection of the IRA:

“The IRA actually said (1962) in their ceasefire statement: “The IRA campaign failed because the Catholic community in the north didn’t give it their support.” The Catholic community didn’t give the IRA campaign, that 1956-1962 campaign, their support. And I met Brookeborough about this time, he was then Prime Minister, and I said to him on an occasion in Fermanagh, I said, “Sir, should this be a marvellous time for you or somebody in your government to recognise this fact that the Catholic community didn’t support the IRA. Surely this is the time to introduce Roman Catholics into the party, to encourage them to join as members and to become members in Stormont.” He didn’t want to know. He didn’t want to know.”

Obviously the CRA excited interest from extreme republicans, but it did the same for liberal unionists. The Cameron report in 1969 said that the CRA “was non-sectarian and concerned only with obtaining reforms and changes in the law.”

Extreme protestants expressed fears that were unfounded. Ironically, their hysteria and violence helped to create the very beast they feared most.

Edmund Burke wrote in the 18th century, if you treat Catholics as half-citizens, some will turn into full enemies.

Of course the reason that Stormont is “undemocratic” now, is, because unionists turned their majority into a grotesque monopoly that stood against British values.

Isn’t it strange that the TUV soundbite of this Stormont Assembly (2011-2016) – “it is the basic right of a democracy to have an opposition” – has never been critically examined to show the contradiction at the heart of it?