You are at:Home»News & Current Affairs»Opinion»DUP “entrenched in the territory of petitions of concern and ‘curry my yoghurt'” argues Terry Wright…
Social share: 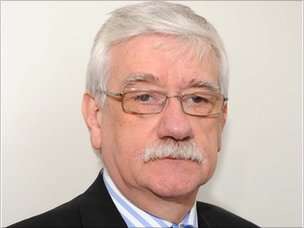 The hurt of being de-selected by the UUP had not totally dissipated when I met the late David McClarty MLA shortly after his election success as an Independent for East Londonderry in the 2011 NI Assembly elections but in his words, and in retrospect, he had come to the view that the UUP had maybe done him a favour. It was not difficult to understand why.

Freed from the constraints of party meetings and discipline that is often a cover for mindless and blind loyalty he spoke of enjoying a new lease of life as a constituency MLA able to concentrate on issues relevant to his constituents and constituency. Sadly his life ended too soon but in spite of being courted on several occasions to return to the fold or join fledgling parties he remained true to his mandate and retained his independence. This served to increase the esteem and respect that was much evident at his untimely death. It served also to enable a freer and independent assessment of the pros and cons of what we, both unionists by conviction, observed as a unionism that in our sharedview, was narrowing even further its already narrow political and cultural terrain of appeal.

Unable to learn from its failings of the past, broad unionism was locked into silos of thought, process and product that were unattractive to an increasing electorate weary of the old sectarian leadership model, gender intolerance and risk-free policies devoid of any radical or reform focused initiatives. It seemed almost resistant to any changes or review of the structures within Stormont which, even before the potential flaws surfaced during the ensuing years after our conversations, were there to be seen in the parallel politics and confrontational strategies of designated unionism and nationalist – republicanism.

Be careful what you wish for was a unionist mantra of the Ulster Unionist party in particular, serving only to display a fear that any reduction in MLAs might reduce its presence in the Assembly and places in the Executive. Such was the confidence in its ability to offer policies and actions that might attract a significant mandate from the electorate. Having spoken of opposition since the election of new leader Mike Nesbitt MLA it finally took the action as the election approached.

The DUP in turn simply became more entrenched in the territory of petitions of concern and ‘curry my yoghurt.’Wisely it elected a new leader, an action that removed the electoral liability that Peter Robinson had become. Wrong-footed by the disclosure of the butterfly that is the IRA Army Council, it stretched itself fully to retain the Assembly and sign up to ‘ A Fresh Start ‘. On close perusal it contains much that is characteristic of ‘kick it down the road’ tactics. We will see after the election how fresh the ‘Fresh Start’ is.

All of this is increasingly remote from a growing number of people who get on with their life in spite of the politicians and with growing concern ask the question: ‘ Who can we vote for?” There are no new parties.

At a recent public seminar hosted by Queen’s Universityin Belfast a mixed group of sixth-formers told the Deputy First Minister that they did not feel there is a party they can vote for. There has been for some time strong academic evidence that many younger voters are not voting. There is also strong anecdotal evidence that this now extends across the age range. To quote one academic: ‘”those who vote are resistant to change” as we enter an age of the non-voter. Had it not been for the years of conflict perhaps it would have happened sooner in line with other democracies equally disenchanted and disaffected by narrow ideologically defined politics.

Like other features of political life in Northern Ireland, the lack of trust is not going away.

All of the political parties now exhibit a more professional jacket-clad approach to electioneering, posters, canvassing and vote-management. But this is merely political packaging. All have acted in ways that require explanation beyond spin if they are to win trust. To spin is to manipulate.

In the case of the UUP it has engaged in electoral pacts, rejected and then resurrected them in a flip flop if not hokey- cokey manner. Recently Mike Nesbitt MLA explained that they were pacts that required no liaison of policy. Does this not then define them as tribal and opportunistic? The party is positioning itself conservatively in the military and loyal order pedigree of some of its candidates and this will have traditional appeal but its policy on opposition remains unclear and it is not unfair to wonder if a desire to claim the Department of Education will take precedence over any misgivings about the Programme for Government.

There seem to be no redlines and this produces uncertainty. It correctly refers to a desire for change and has a portfolio of policies but no significant record of delivery in the last assembly in contrast to an independent unionist like John McCallister. However, it may fare better than under the leadership of Tom Elliott MP and increase its portion of the unionist cake. But the problem for political unionism is that the cake is getting smaller – the narrowing terrain of which David Mc Clarty and I spoke.

The DUP has lost some of its sparkle for unionists. It confuses morality and equality unaware of their linkage. The party seemed exhausted after the constant spin to explain and justify its in and out actions towards the end of the last mandate. It has failed to deal with the problems of North Belfast and the actions of its members on Scrutiny Committees in filibustering and disrupting proceedings in order to protect DUP ministers and special advisers smacks of unethical and unprincipled bankruptcy. Putting all of its electoral eggs in the basket of the personal appeal of the new leader may resonate in some but not all constituencies. Recent court proceedings relating to the misuse of finances in the constituency office of the former Speaker in Stormont have not served the party well. Having been in power for so long it is now on the defensive and still returns to the fear tactic over the position of First Minister. It needs a makeover.

Both parties try to tell the unionist voters who they are instead of listening to understand fresh ideas and thinking which embraces social justice and a more cultural mix desirous of expressing itself in offensive ways. Social and community unionism is not empowered.

So where does this leave the unionist voter in a democracy where there are no significant political choices to be made and the carnage that is NI21 serves as a warning to any erstwhile politician thinking of making another attempt.

For some where there is a choice one solution surely lies with those independents who are motivated not by the grievance politics of the disappointed selection candidates but on making life better and building a fairer, socially just and integrated community.

In my discussions with David McClarty we arrived at the conclusion that change would be delivered through a movement within the electorate that would force the parties to reflect and respond. This might come first through a selection of independents that would come together as a coalition or advocacy group to promote change.

There is some evidence that this desire for change is finding expression on the doorsteps. The message has been out there for some time and is reflected in the manifestos of the parties but their records of delivery, with the exception of some hard-working MLAs, do not match the rhetoric of their aspirations. It is also the case that limited by party pressures certain MLAs do not exercise the courage of their convictions on divisive social and ethical issues. Principle can be forfeited to the pursuit of power.

An independent can persevere in making his or her voice heard and carve a path without it becoming rutted by ideological tunnel vision and party rivalry They can challenge orthodoxy and reach out to act as the quality assurance for politics that confront fear, confusion and narrow communal allegiances.

Parties will claim that an independent will achieve little. The legislative achievements of independent South Down MLA John McCallister point to a different assessment of the possibilities. Having come to the Assembly in a situation that surely would not have been to her choosing, East Londonderry MLA Claire Sugdendeserves to build on her growing confidence and ability in the Assembly.

In a conversation in 1998 with a unionist member of the Good Friday negotiating team I suggested that the GFA was only the beginning of a lengthy process, that it took at least 35 years to get into the situation and it would probably take 35 years or more to get out. There have been twist and turns that have lengthened the period but there is generational and attitudinal change occurring. There are not many unionist independents on the ballot but where they are available they may be the wisest choice at the moment for delivering that change and a better alternative to not voting at all. The other alternative is to go for the best fit in terms of record and values. The parties need to know that the trust they have forfeited has to be earned and cannot be achieved through slick presentation, colourful jackets and glossy wish lists, none of which can be guaranteed and may be too easily abandoned.