You are at:Home»News & Current Affairs»Opinion»The search for truth, a challenge for all
Social share: 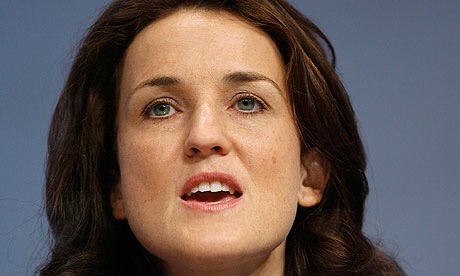 Theresa Villiers speech last Thursday (11.02.16) outlined the British State’s narrative around our past. While I accept that there are competing analyses and narratives in any conflict, I have to say that from a republican perspective sections of her speech could be seen as misleading and indeed provocative. This applies not only to her view of what happened in the past but also to her narrative around proposals put forward in the negotiations.

She denies direct RUC or British Army involvement in a number of high profile deaths, without reference to the actual presence of British agents in a number of these atrocities. She should consult with the Police Ombudsman to ascertain the facts of the matter. She ignores the direct involvement of agents in multiple deaths across the 6 counties over three decades. Agents were controlled and directed by state handlers, while allowed to organise, direct and partake in killings, while equipping Loyalist groups etc…

She then goes on to outline her government’s position around onward disclosure to families. Again she rolls out the concerns around the Article 2 (right to life) of agents and the protection of current techniques and capabilities. Yet these concerns were clearly acknowledged and dealt with in the options paper which Sinn Féin presented to both governments at the recent negotiations.

Another twist in the saga was seen the day after her speech was delivered, when NIO Minister Ben Wallace approved a public interest immunity (PII) application to withhold documents linked to the disappearance and death of a 15 year old school girl Arlene Arkinson. What ‘national security’ or ‘public interest’ concerns are raised in this instance? What exactly have the British government got to hide concerning the death of Arlene Arkinson?

Another point in her speech that will sit uncomfortably with many in the Nationalist/Republican tradition is her mantra of a few rotten apples within the RUC and British forces. This doesn’t sit comfortably with facts already in the public domain. It is now obvious that political decisions were taken at the highest level to facilitate, or at least turn a blind eye to, executions of republican and loyalist operatives, the murder of innocent civilians by British forces, the facilitation of the murder of human rights solicitors, and the use of “inhumane and degrading treatment” of detainees in interrogation centres throughout the 1970’s.

What is required now is a serious attempt by all key stakeholders to address the barriers to reaching a comprehensive agreement in how we deal with our past. We must acknowledge that a lot of good work has already been done around developing viable mechanisms to facilitate a range of options requested by families i.e. independent investigations, information recovery and storytelling / creation of historical archives. The main barriers have clearly been identified; onward disclosure, adequate resourcing of all the legacy mechanisms, concerns around the nature and level of information recovery and the active participation of ALL key stakeholders within the mechanisms.

That work doesn’t have to wait until after the Assembly elections. It can be done quietly by all key stakeholders, away from the glare of publicity, exploring all options, while developing consensus around the main concerns. Republicans are up for it, and from talking to other stakeholders I know that many share this desire for a process of meaningful discourse as the only way to reach the elusive agreement.

Such an agreement and its out workings will challenge ALL stakeholders. The truth will make uncomfortable reading for all protagonists to the conflict, state and non-state forces alike. But the daily revelations and our failure to deal with our past is casting a dark shadow over our present and our future along with the selective drip feeding of information. All this is fermenting a well of discontent which is now intergenerational, creating a poison in our political process. The challenge remains.

Social share:
past the past Victims
Previous Article‘Resolution possible if British Government has the will…’ Contends republican Sean Murray
Next Article A window into ‘The Ulster Plantation’ by Patrick McKeating