You are at:Home»News & Current Affairs»Opinion»‘Is the UK the only country that wants a ‘smothering blanket’ national security legacy veto?’ – By Daniel Holder
Social share: 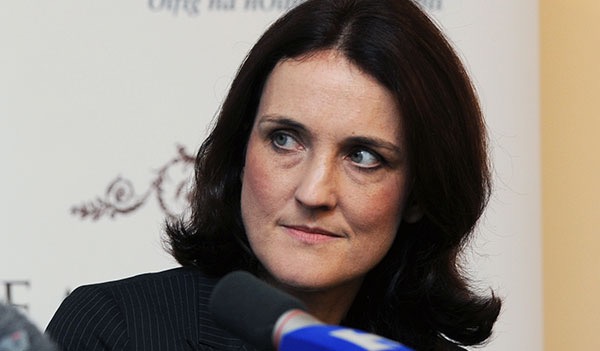 On the back of a visit to Belfast last week Nils Muižnieks, the Council of Europe Commissioner for Human Rights, urged the British government and other parties to return to the negotiating table and resolve the issue the ‘national security veto’ over disclosure to allow the Historical Investigations Unit and other mechanisms in the Stormont House Agreement to be set up as ‘soon as possible’.
Following of the failure of the last negotiations Irish Foreign Minister Charlie Flannigan directly criticised his British counterparts for the use of the ‘smothering blanket of national security’.

The Stormont House Agreement made no reference to a ‘national security’ veto over information provided to families. Its belated insertion by the NIO in the process became the main stumbling block in moving forward. The Agreement already does say information should not to be put into reports if it could put individuals at risk. Other guidance could be added about, for example, not unduly including information about lawful training and operational methodologies. What is not acceptable is for a blanket ‘national security’ veto vested in the Secretary of State which would allow the cover up of human rights abuses because state agents were involved in them.

There has been a counter argument put through however that opposing a national security caveat is unreasonable: every country in the world has one, and it is unrealistic to expect the UK to act any differently. But in the case of legacy investigations is this actually true?

As part as ongoing work on the issue a leading academic in the field, Fionnuala Ní Aoláin surveyed the situation in other countries where similar processes have emerged to see if there was a comparative precedent for what the NIO put forward. Her survey looked at transitional justice mechanisms in countries including: Colombia, South Africa, Argentina, Chile, Brazil, El Salvador, Liberia, Peru, Philippines, Rwanda, Sierra Leone, Sri Lanka, East Timor, Canada, Guatemala, Nepal, and South Korea.

The bottom line was that the survey did not find any parallel situations where ‘formal national security riders’ were used to inhibit transitional justice mechanisms.

Professor Ní Aoláin concluded that “There is simply no precedent for the position taken by the UK government” and that “the blanket use of national security in the NI context is highly unusual.”

This of course does not mean the processes in other countries were necessarily shining examples of justice and truth recovery. The survey, summarised in CAJ’s Just News bulletin this month, points out that states had sought to inhibit mechanisms in other ways.

However, when it comes to insisting on building a formal ‘national security veto’ into a legacy mechanism it looks like it really is ‘ourselves alone’ for the UK government.

Social share:
Daniel Holder Stormont the past Theresa Villiers
Previous Article‘Imagining the future without the weight of the past’ by Winston Irvine
Next Article Eibhlin Glenholmes pledges republicans mean business in sorting out the past