You are at:Home»News & Current Affairs»Opinion»‘Imagining the future without the weight of the past’ by Winston Irvine
Social share: 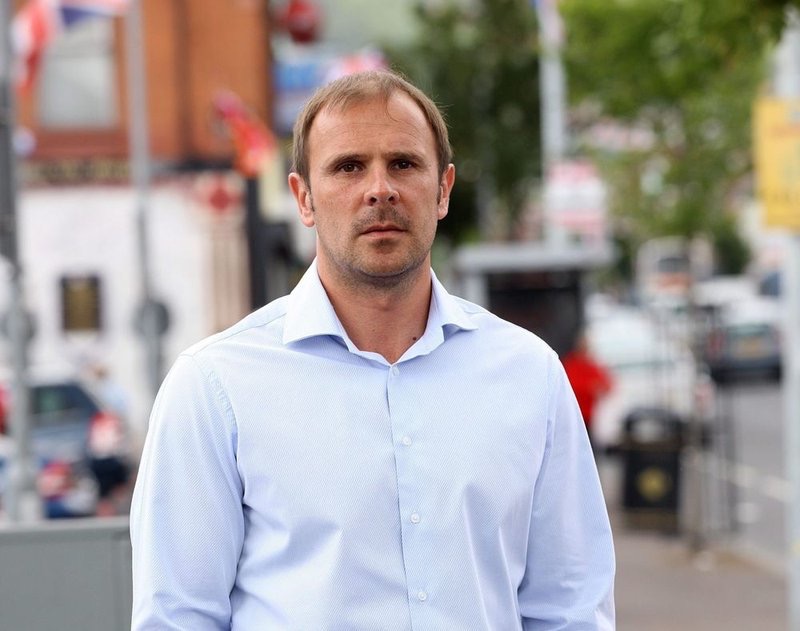 Since the ceasefire statement by the Combined Loyalist Military command in 1994 with Gusty Spence’s words of “abject and true remorse” for the hurt suffered by victims, Loyalism has undertaken a significant peace management role, a role that continues today and for which there is little acknowledgement and recognition. Loyalists have shown a commitment and willingness to engage with the issue of dealing with the past before and need to do so again – we have seen this with the engagement with the Eames Bradley Consultative Group on the Past. If designing a process that is a viable solution to deal with the past then Loyalists must be at the table – to exclude Loyalists from a legacy process, just as to exclude any other stakeholder, is to ensure that such a process becomes unworkable.

How we deal with the past and the legacy of the conflict in Northern Ireland must always be viewed in the context of embedding and sustaining peace in the long-term. Sustainable peace reflects the notion that a peace that generates its own momentum is not simply measured by the reduction of violence. Nor should it be an exclusive process but should include participation in, and support for transformative dialogue and civic processes which are developed by all stakeholders. In terms of legacy processes, we must ensure that those who were born or lived most of their lives in a post-ceasefire Northern Ireland, where violence has been greatly reduced, have the opportunity to participate in and shape how we deal with the past. For in its simplest terms, how we deal with the past is very much about the future.

Any legacy process must be highly inclusive and enjoy widespread public support and participation. Only when we have a comprehensive process that can accommodate all stories, multiple narratives and views can we say that we are beginning to deal with the past. A report by Brian Gormley and Kieran McEvoy (CFNI, 2009), Dealing With the Past in Northern Ireland ‘From Below’: An Evaluation states, “Few would contend that victims should be the sole driving force behind such initiatives or that they can have the veto on the nature and objective of particular initiatives. Dealing with the past is a societal responsibility and it is unfair that those who have been most affected by the conflict should also be expected to shoulder a disproportionate responsibility for resolving these issues.”

The process should be socially driven rather than political – by leaving a legacy process to be determined by political parties (as we saw with the Stormont House and Fresh Start Agreements) the past, however we define and engage with it, will be used as a political point-scoring exercise. We live in an abnormal society and a legacy process must take account of this reflecting the nature of Northern Ireland’s complex, fractured and context specific circumstances. We need inclusivity not political exclusion. Dealing with the past can open a new view of what our society can be – only when we move to a state of post-peace process will we be able to access a normal, functioning democratic society.

We have already seen how difficult it is to develop clarity around the past and past events, and as time progresses and people pass, so the legacy process becomes more fraught, as the vague becomes vaguer, and clarity is surpassed by speculation. Where information is available, it may come from multiple sources and be contradictory, not providing any coherent narrative – how will this provide any comfort for victims? We must be realistic about what is possible when it comes to victims. The practice of playing with the hopes and fears of victims on all sides must end. Those affected by the past will have different expectations and we must consider how any one process can feasibly satisfy the expectations of victims from many different backgrounds who have been affected in many different ways.

Given the willing participation of all major actors, what may a legacy architecture look like? To ask this question at this time is irrelevant as there is as yet no general consensus about what a legacy process can realistically achieve – can we expect, for example, paramilitary organisations to accept corporate responsibility and provide information on motives or is there an expectation of specific operational information for each and every incident? Similarly, what can we expect of Governments and state actors in terms of the information they provide. We also need to consider what mechanisms and safeguards would be in place if it became apparent that a legacy process was only succeeding in increasing and reinforcing division, re-traumatising victims and undermining progress rather than improving the overall situation.

Even when we consider the legacy proposals developed by the DUP and Sinn Fein as sole parties to the Fresh Start Agreement, we see nothing other than confusion. For example the contradictory and conflicting interpretations of whether information received by an information recovery mechanism could be subject to judicial proceedings, creates further public distrust and doubt of any honourable intent to resolving the legacy of the past. If we are to think about the past in the context of a peaceful future, then we cannot have a legacy process that is mired in confusion. We must also consider whether you can get to the truth through constant pressure for prosecution, and where this pressure continues will it undermine attempts to deal with the past given that this is going to be a voluntary process with no compulsion to participate.

Just as there can be no hierarchy of victims there can be no hierarchy of responsibilities either. The suggestion of any hierarchy will turn a conflict legacy process into a political game and this cannot be allowed to happen. The focus must be on the social impact of conflict and addressing this through focusing on the needs of society as whole as opposed to specific groups. Perhaps a good starting point for any such process would be an official collective acknowledgement by all sides – Police, Governments, Loyalist and Republican combatants, non-combatants, political parties, churches and media – of responsibility for the past and a commitment it will never happen again. Also, a legacy process depends not only on the integrity and credibility of the information given, but also the credibility of the participants involved. If key actors are continuing to maintain they do not exist when Government reports maintain that they do, then integrity and credibility are undermined to begin with.

We must also move beyond the predictable, tiresome and self-serving arguments from opposing sides of the debate on who is the blame for the past – an exploratory process that engenders a collective responsibility for the past and that focuses on building a consensus on what a legacy process is for, should be initiated, inclusive of all sides. Loyalists must not be excluded from the legacy process, and are as entitled to participate as anyone else affected by the conflict or living in Northern Ireland today. Given the unrepresentativeness of the political system, Loyalists must not allow others to make decisions on their behalf, especially those who have no desire or ability to promote the needs and interests of that community. Loyalists must approach any such process with self-belief, imagination and integrity.

The basis of any legacy process must be honesty and accepting responsibility for the past, and it is through the creation of the conditions for this to happen that we can begin to take the past out of the future. However, alongside this collective acknowledgement we must be upfront and honest about what can be achieved through a legacy process. We cannot articulate an image of a commonly shared vision, nor can we build the relationships and friendships to realise this vision, if we do not have coherent and credible processes that have the confidence of the public. What this all really means is that everyone must be committed to finding some process through which we can begin to take the past out of the present and future – for only then can we really say we are serious about embedding and sustaining peace in the long-term.