You are at:Home»News & Current Affairs»Opinion»A window into ‘The Ulster Plantation’ by Patrick McKeating
Social share: 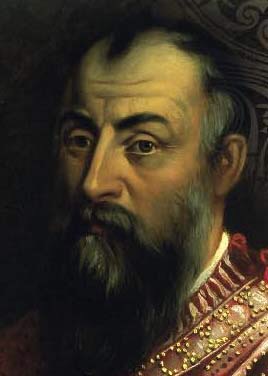 The vultures were circling. This one wasn’t new but it was different. Leinster and Munster ventures had crashed in a cloud of debt and unpaid rent.

By now the earls had fled and prime land was up for grabs at a pittance. This time the British were stepping back so private city investors saw an opening. The Ulster Plantation was on.

Settlers in Ulster from Scotland were nothing out of the ordinary. The Mac Donnells of the western Scottish Isles had been settling the glens of Antrim for generations. (Hence the Scottish twang from folks north of Carrickfergus)

The ancient system of Brehon Law was quickly crumbling as Gaelic Ireland had finally been defeated. The Nine Years War was over and the once great earls of Ulster had fled for the continent. The arduous process of transplanting the uncouth Irishman with the loyal Englishman could begin. Such narratives in history are ever so black and white.

Initially corners were cut in the spirit of cost-cutting and very few Scottish or English settlers were actually given any land. The new proprietors mostly accepted the existing occupants of their land, some of whom used to own it and as a result carried a quiet resentment.

By 1628, twenty years into the Plantation only 2000 British families immigrated and very few Gaels had been displaced.
As the system led by the London Corporation (Hence Derry being renamed Londonderry) became the status quo the trickle of British settlers became stronger. The new settlers in the east brought with them a strong Anglo-Scottish protestant faith which spread to the natural barriers of the mountains in the south and the marshlands of the west.

The MacDonnells of the western Scottish Isles, who had for generations been settling in the glens of Antrim, were formally granted their conquered land. Little mingling of communities occurred, the Irish were pushed off the fertile land and the socio-political outlines of later conflicts were drawn.

Storm clouds were gathering. The much-anticipated displacement of the Irish was well under way and seeds of bitterness were sown. In addition there was the problem of the swordsmen who had belonged to the departed Gaelic chiefs.
Many were somewhat ironically recruited by the Swedish monarchy to fight for their protestant armies in religious wars. However a sizable minority remained and were biding their time until an opportunity for revenge presented itself…

Social share:
plantation planter
Previous ArticleThe search for truth, a challenge for all
Next Article ‘POLITICS and the PUP – it’s a marathon run’ By Brian Rowan