You are at:Home»News & Current Affairs»What’s the worst mistake you have made at work? by Patrick McKeating
Social share: 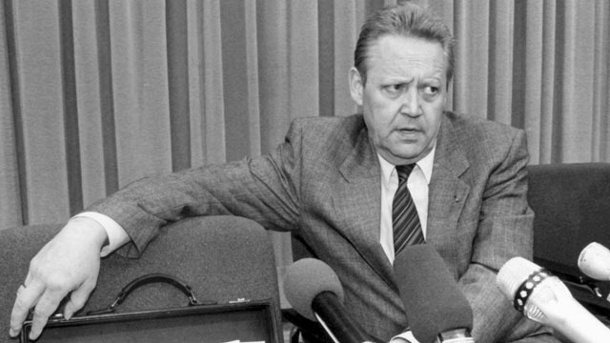 Read the title. Stop. Now hang on a second. Think about thequestion. What is the worst clanger which was clearly your fault? Got it? Good. Now write it in the comments section. Just kidding. If you think that your mistake is bad then please take a moment to learn about the bumbling Gunter Schabowski.

During the afternoon of 9th November 1989 he shuffled into a press conference to briefly discuss travel visas for East Germans. This would be a doddle. He had presented to the media before. A member of the East German politburo and former journalist for Neues Deutschland, the communist mouthpiece of the GDR, he knew what he was doing. So much so that he didn’t read the note given to him beforehand, or talk to his colleagues about what had to be communicated.

What he was meant to say:

“Every citizen of the German Democratic Republic can leave East Germany through any of the border crossings from tomorrow at 4am provided they have applied for visas at the appropriate state agency.”

What he did say:

“We have decided that every of the German Democratic Republic can leave East Germany through any of the border crossings.”

A member of the shocked press team asked him when?
His reply as he nervously sifted through papers:

‘According to my information… immediately, without delay.’

This televised clip was headline news on national stations at 8pm. Ecstatic Berliners who could barely believe their luck flooded to the wall and challenged the shocked guards. They had no instructions – it was business as usual. The pressure grew. Frantic phonecalls were made to the politburo. No answer. To Moscow but Gorbachev was asleep. At 11:30 Stasi guard Harald Jager opened the gates. He had no other choice. By midnight the Berlin Wall crumbled as jubilant Berliners were together for the first time in 27 years.

As East German civil servants scrambled for answers they declared Schabowski to be an American agent. None could understand that this was just another cock-up. Sure we’ve all made them haven’t we?

Social share:
Berlin BERLIN WALL East Germany GDR Gunter Schabowski
Previous ArticleTime to ‘Trouble the Troubles?’ – Our Unfinished Peace and the need for Uncomfortable Conversations and why the truth may not set us free by John Barry…
Next Article Master of the selfie hangs in Ulster Museum – By Brian Spencer