You are at:Home»News & Current Affairs»Opinion»Time to ‘Trouble the Troubles?’ – Our Unfinished Peace and the need for Uncomfortable Conversations and why the truth may not set us free by John Barry…
Social share: 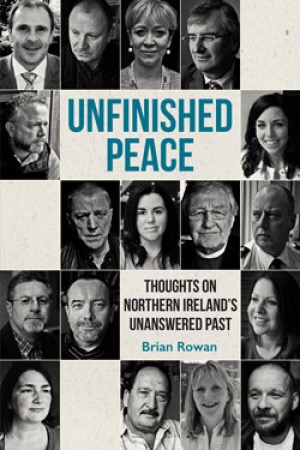 It is commonly said that in Ireland the past is never over, that one of the characteristics of our troubled and troubling politics, especially within Northern Ireland is our long historical memories. As Oscar Wilde is said to have quipped in talking about the relationship between England and Ireland ‘The problem is the English can’t remember history, while the Irish cannot forget it’.

The shadows of the past dealt with in Brian Rowan’s latest book Unfinished Peace: Thoughts on Northern Ireland’s Unanswered Past, do not stretch as far back as 1678 or 1916. Rather they cover some of the darkest periods of our recent conflict through the voices of those involved in, affected or bereaved by events from the troubles and their legacies. This is by turns a gripping, disturbing and important book. Given what it tells us about our post-Agreement and uneasy settlement it is perhaps best viewed as a political intervention. This intervention is of the unsilenced past of Northern Ireland that sometimes quietly, sometimes noisy but always persistently, refuses to go away.

Brian Rowan, while of course the author and therefore crafting the narrative arc of the book, manages to produce a book that is more a mirror allowing the disparate voices of those he interviews and has invited to contribute short pieces to have their perspectives reflected and amplified.

The book contains reflections from some well known individuals – PSNI Chief Constable George Hamilton, the Rev Harold Good, the PUP’s Winston Irvine, The UUP’s Tom Elliott, Sinn Fein’s Jim Gibney, veteran journalist and broadcaster Eamonn Mallie… but also voices and views of those from whom we hear less – ranging from Eimear McVeigh, the niece of Columba McVeigh of the IRA’s victims who is one of the disappeared, former British soldiers Lee Lavis and Kieran Devlin, Alice Reid, whose father James was murdered in a pub bombing in 1976, or retired prison officer Dessie Waterworth.

In this way the book gives us a view from the grassroots, ordinary people caught up, often by mistake, bad luck and chance, in violence, death, injury, loss, grief, anger, acceptance, denial and all the other possible emotional experiences possible to those who have suffered. This book contains all the stages in the well-known Kubler-Ross grieving cycle, with the individuals who speak in the book expressing denial, anger, negotiation,

It also raises larger questions – not least of which is where are we as a society in the cycle? Somewhere between denial or anger? Anger and negotiating with our past/the past – or fear of dealing with the past? 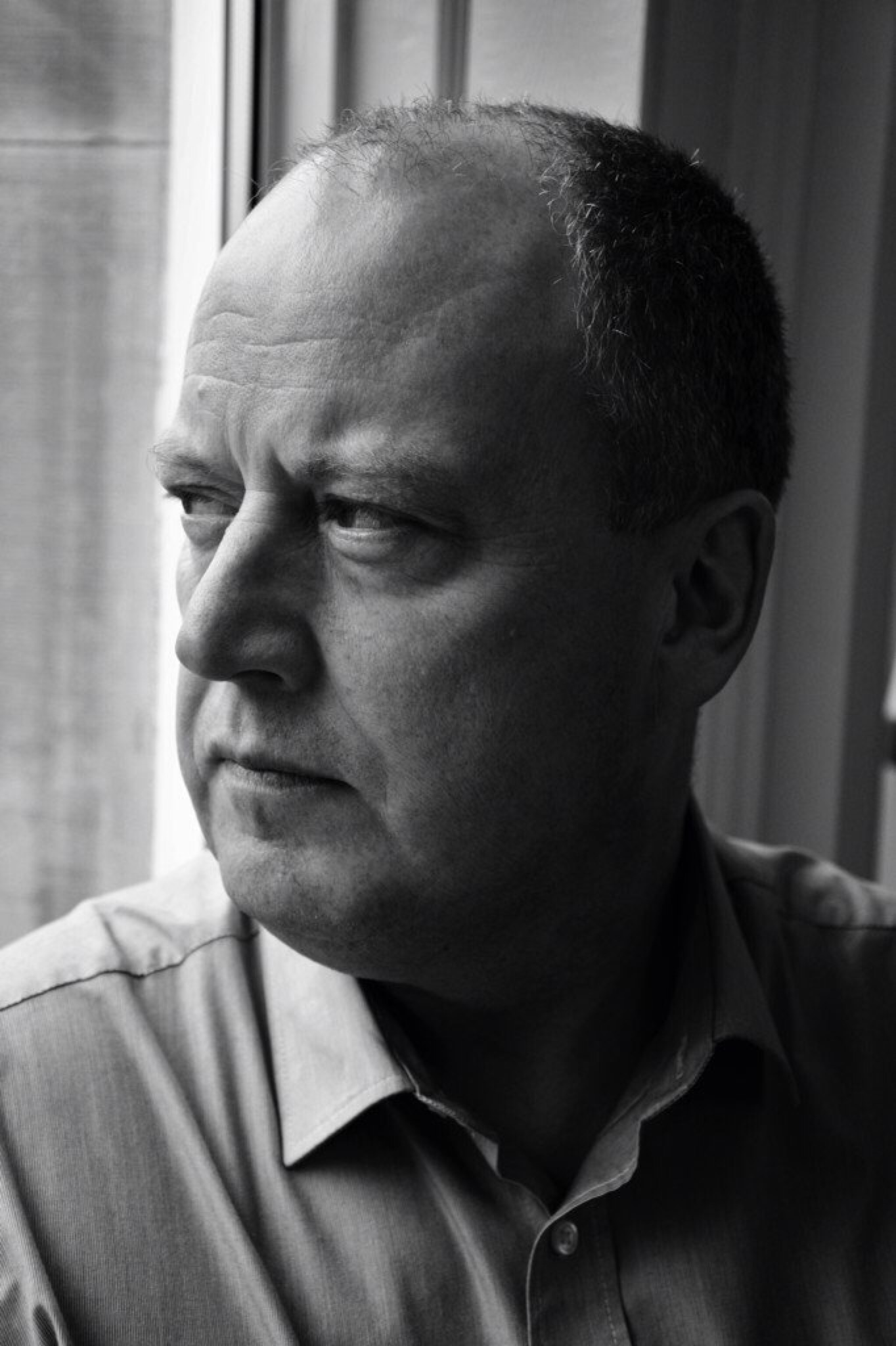 And the truth will set you free?

While also providing a mirror for those whose voices we do not often hear, the book also contains some ideas on how we might go about constructing a public narrative of the troubles and makes some suggestions about ‘dealing with the past’.

Rowan’s book might offer some new uncomfortable thinking that helps create a public debate on realistic and feasible ways of ‘dealing with the past’. Not least of which is the recognition of the reality and legitimacy of multiple truths as opposed to ‘the truth’ and while recovery and acknowledgement of these truths can help us achieve a more peaceful and settled society (not least for the victims and survivors), it may not (especially in the absence of justice). Peace it seems does not just come ‘dropping slow’ but is also extremely messy to boot.
As the book suggests “There will never be one truth which all recognise and there will never be an agreed narrative. The gap is too wide to close”. Perhaps here what we need is not a ‘bridge’ to create a common narrative but simply lift our eyes across the gap to at least acknowledge and recognise the other side.

But at the very least, there needs to be some publicly available, structured mechanism to enable those in possession of the truth about the past, and those who deserve it, to contribute to any truth recovery process. Here we know the rough blueprint, as initially laid down in the Eames-Bradley report and later in the Haass-O’Sullivan one, comprising some or all of the following: an Historical Investigations Unit, an Independent Commission for Information retrieval, and archive to record conflict experiences, and an Implementation and reconciliation group. But the book also recommends a significant international figure/input who would sound out the main players in advance to ensure an agreed process, criteria as a way of ensuring their buy in.

One of my reactions to the book is recognition that while victims and survivors bear the weight of trauma, all in this society to some degree are traumatised, that is, this society in Northern Ireland is not simply ‘post-Agreement’ but ‘post-traumatic’. Some have suffered in silence, many more self-medicating, or seeking psychological and/or physical rehabilitation, and certainly some have suffered immeasurably more than others. But we can understand (and not in a self-pitying manner) as a traumatised society – it is not just combatants, those who pulled the triggers, set off the bombs, as Gusty Spence is quoted in the book as saying that have ghosts to exorcise or demons with which to wrestle, or serious questions to answer.

Political leadership in Northern Ireland’s well-worn electoral sectarian headcount (we need to remember we have elections rather than politics, we tend to elect negotiators not legislators) is often a case of ‘marching into the future looking backwards’. But the backward glance is usually to a period before the troubles – 1916 for example, or 1689 – or if it is to the troubles it is with a view to owning and controlling the narrative – ‘winning the past’. Whether that is viewed as republicans ‘justifying the war’ or loyalists ‘justifying paramilitarism’ or the British state defensively seeking to present itself as ‘neutral’ between the ‘two warring tribes’, seeking only to ‘keep the peace’, or the Irish government, sharing with the British government a desire not to disclose its contributions to the ‘dirty war’.

And here we come to one (of the many thorny) issues in any truth recovery process for Northern Ireland: states, the police and army have records, whereas loyalist and republican paramilitaries do not. As George Hamilton notes in the book: “the IRA, the UVF and the other players in this didn’t keep notes or minutes of meetings or records of decisions”, leading to the possibility of a very one-sided truth recovery process. Compounding this is the declared non-existence now of some paramilitaries such as the IRA.

It is faced with the vested interests of all major stakeholders (republican and loyalist paramilitaries, the police and security services, and the two states). Rowan, rightly in my view, suggests the need for a strong external and international input. 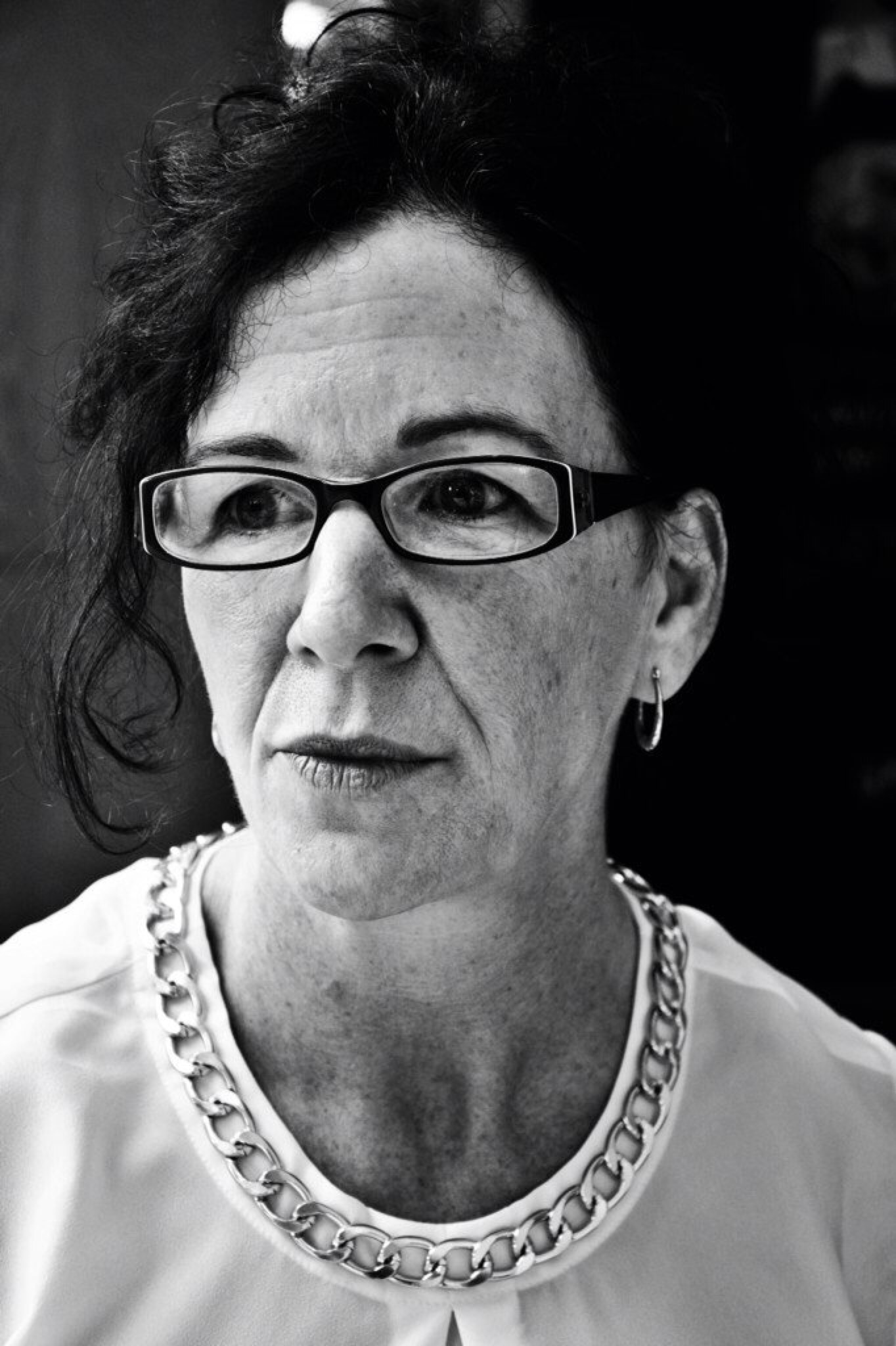 In the book we get a glimpse of different views of justice in relation to the past – one is the familiar and completely legitimate quest for someone to be identified, held accountable in the courts and if found guilty of law-breaking of committing a crime, to be tried and jailed. This is retributive justice, justice as punishment – or in the words of one of the contributors to the book ‘justice as jail time’. As the book points out, here a difficult and unpalatable issue emerges – that it may not be possible or practical for justice of this sort to be delivered. Given the release of convicted paramilitaries was part of the peace process; this logic was already part of post-Agreement Northern Ireland. Here the comments of the Attorney General, John Larkin in 2013 that it may be necessary and desirable to simply draw a line under the past (he suggested Good Friday 1998), was in some ways saying ‘the inconvenient reality’ that politicians feared to utter. Not for the first time, as the book points out, an important element of our peace process pre and post-Agreement, is the need for someone (Eames-Bradley, the Attorney General) to ‘fly a kite’ and suggest something publicly that many may privately hold but are afraid of the public reaction. And then once the public anger and public ‘debate’ which is largely a ‘dialogue of the deaf’ i.e. the period when we have ‘more heat than light’ (I’m tempted to call this the ‘Nolan show’ phase) has passed and people have gotten over their initial shock and anger, then sometime later the idea or proposal can be re-introduced, perhaps in a slightly re-packaged or re-worded manner and a more considered discussion may be possible.

And in this context we can glimpse another justice – that of a recognition of a non-legal, moral or psychological sort – the anguish of perpetrators of violence in ‘sleeping with the victims’ in a hauntingly memorable and appropriate phrase used in the book. Cold comfort to those seeking retributive ‘jail time’ justice certainly but nonetheless another perfectly legitimate way to frame this complex, complicated issue. And in this way the book, in weaving the stories of so many different perspectives tracing the arc of Northern Ireland from the 1994 ceasefires, does help us see the advantages of ‘troubling the troubles’ respectfully offering alternative frames for understanding both the past and our future beyond the binary ‘us’ (good) versus ‘them’ (bad), between simplistically viewing the world exclusively through these all too familiar, comforting, but ultimately distorting lenses. Our shared past (if not a shared truth of that past), no less than our sometimes fractious present or contested future is not a land of pure black and white (or indeed pure green and orange… but that’s another story).

Perhaps above all this book illustrates the transformative and healing potential of story-telling – of both listening to and telling one’s story, of receiving the information and details around past events is also evident in the book. It is not naive, utopian or a ‘cop-out’ to stress the importance of telling stories, whether it is the dramatic meeting between Alan McBride and Gerry Adams as recounted in the book (reminding me in some ways of that most extraordinary relationship between Jo Berry and Pat Magee), or simply listening to or reading the accounts of others differently placed in the place, with a different truth.

Here the book suggests that one can listen and understand without necessarily having to agree or condone, a point sadly misunderstood in the often highly public and politicised context of Northern Ireland party political or in media discussions of the past.

While the truth about Northern Ireland’s past will not set us free (given the multiple truths that exist), providing opportunities for the telling of and listening to peoples’ stories may at least free us of the fear of dealing with our shared but contested past. This as my reading of the book suggests might be a possible path towards finishing our peace.