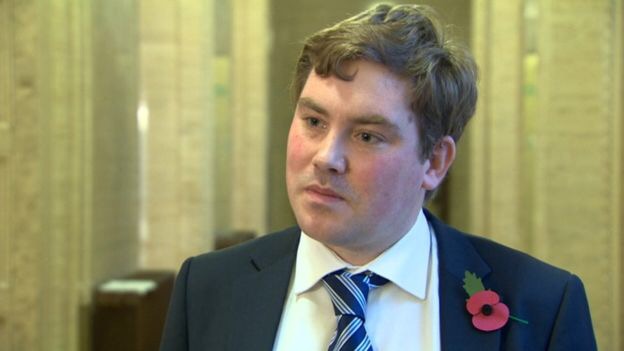 In 1921 the founding father of Northern Ireland Edward Carson implored unionist legislators to govern the nascent state with justice and equality for the Catholic minority.

Unionists opposed a Dublin parliament because they feared injustice and inequality. In the end the unionist parliament in Belfast disposed of Carson’s dictum, treating Catholics in the very manner they so graphically feared. Unionist paranoia and misrule turned Northern Ireland into a “cold house for Catholics”, the antithesis of what Carson wanted.
Today the TUV oppose mandatory coalition, the anti-agreement party wants voluntary coalition. In the 1970s Bill Craig tentatively suggested voluntary coalition. The proposal was ruthlessly condemned and castigated. It was to be nothing less than old-style majority rule, with our First Minister and the late Ian Paisley leading the charge. As Trimble said:

“Voluntary coalition was a good idea in 1975. It would have worked then if Paisley under pressure from the element which now form the backbone of TUV had not turned turtle.”

Jim Allister, the unreconstructed Paisleyite, was party to this doctrine of majority rule. He opposed voluntary coalition then, but wants it now.

The international agreement brokered in 1998 enshrined involuntary coalition because unionism showed itself to be incapable of fair and equitable administration under the traditional matrix of Government-and-Opposition.

Under power-sharing Northern Ireland is now a warm house for Protestant and Catholic. There remain detractors. For dissidents it is an oppressive British statelet. For hardline unionists it is a province being slowly emasculated of its British muscle and fibre.

Britishness is not in abeyance, and Irishness is not in ascendence – we are seeing an accommodative and balanced settlement on the question of identity. Identity on this island, North and South, is not monolithic. Nor is history or our narrative.

Imagine this, Sinn Fein at a Remembrance Service at Stormont. That is a massive row back on green book republicanism, a serious concession.

It is only fair that unionism make a gesture in return. Foregoing the Anthem is a fair and pragmatic motion. Britishness is not diminished, the very ceremony has Britain in its DNA. Britishness is in fact upheld and strengthened by the attendance of Sinn Fein; that is civic, modern, progressive unionism. Imagine the cries, despair and cringe of traditional republicanism, the heresy of it.

Northern Ireland is a contested place and if it is to work it needs a degree of consensus and an arrangement that recognises and respects both traditions.

A huge swathe of the Catholic population is indifferent to the constitutional question. Upon this community the security of the Union rests.

On Wednesday November 11th 2015 the TUV press officer broke into an unscripted, immodest and vulgar rendition of God Save the Queen.

The grace and dignity in the face of Martin McGuinness stood in sharp contrast to the tone cut by the loutish Calvinist Sammy Morrison.

To use a unionist trope, the anthem was deployed as a weapon to embarrass nationalism. The Anthem was exploited for cheap political gain. It devalued the Anthem and stripped solemnity from the occasion. It was a childish and graceless stunt by a rural unionist oaf.

The stunt was straight out of the Paisleyite playbook. Exactly the spectacle that makes Northern Ireland the ire of Great Britain and paints unionists as ill-mannered and makes them the “despised tribe” and “despised hangers-on.”

I am glad Sammy Morrison did what he did.

Regardless of how foolish an act it was, I believe in free speech and Morrison has a right to express himself.

Also, by putting himself in public view he makes his views accountable to the public.

Morrison is a central cog in the TUV machine, the party which is the organ grinder to the unionist pageant and spectacularly counter-productive swing to the right.

The Free Presbyterian fundamentalist is a micro-lemming that makes Poots look like JFK. Much of his work and agitation drives the conversation and controversies in Northern Ireland.

He helped kick off the KKK-painting row. He helped drive the Ulster rugby-poppy row. He started a petition for Ashers.

A kind of pound-shop Jamie Bryson, minus many of the Donaghadee man’s eminent qualities is fomenting argument in Northern Ireland and creating distraction from the real issues of the day.

Alex Kane and Newton Emerson have both stated that Northern Ireland has a sizeable demographic of cosmopolitan people.

Yet unionist politics is singularly in the throes of deeply conservative, and in the case of the TUV, profoundly reactionary politicians.

The pervasive presence of the Free Presbyetrian Church and the Caleb Foundation in unionist politics is widely and outrageously out of step with civil society.

The middle and cosmopolitan classes have completely abstained themselves from the arena. As Brian Feeney and Mick Fealty said, much of this has to do with the “threat of violence.”

As liberal protestant and poet Maurice James Craig said, in Northern Ireland “the last are the first and the first are the last.”

Something serious needs to be done to rebalance the absence of moderate and conciliatory voices within unionism. The future success of the Union depends on a unionist politics that is warm, practical and aspirational.

Northern Ireland has had a glut of reactionary unionists and a shower of self-appointed “spokespersons” and agitators, but imagine if some from the progressive classes could direct some of their energy, ideas and creativity into the political forum.

Unionists need to work with their fellow citizens and Nationalist brothers and sisters. That means a new kind of unionism that is not loud, immodest and “traditional.” It needs to be new unionism with new modes and customs, much like it is in Scotland, England and Wales. Chilled out unionism would represent the most terrifying opponent Sinn Fein has ever faced.

Britishness in Northern Ireland is about the loyal orders, bonfires, parades and flag-flappers.

Britishness on the mainland is so much more relaxed, benign and passive. This non-confrontational Britishness is the kind that is required to make this place work.

If unionists can’t accept making some change the alternative is to go back to living separately and violent confrontation.

I will finish with the words of Edward Carson, the father figure to all Ulster and Irish unionists, wisdom first shared in 1921:

“From the start be tolerant to all religions, and, while maintaining to the last your own traditions and your own citizenship, take care that similar rights are preserved for those who differ from us.”