You are at:Home»News & Current Affairs»Opinion»‘How the use of the Maxim gun changed the course of history’ – By Patrick McKeating
Social share: 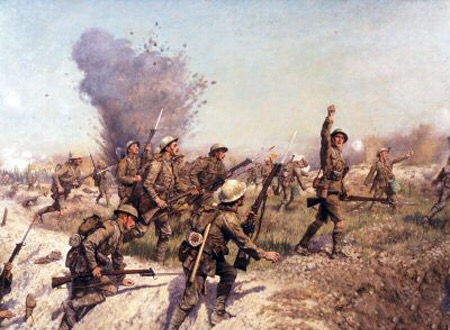 The Matabele War of 1893 showcases the conniving and macabre side of British imperialism. Cecil Rhodes’ South Africa Company tricked the illiterate Zulu chief Lobengulainto signing over the mining rights of his territory. The reluctant tribe had no choice but to declare war on Britain. For the first time an army would enter the battlefield against a Maxim machinegun and the results were horrific. In one battle 1,600 warriors were cut down by four of these deadly weapons.

The map of Africa had been hurriedly divided up by European powers during a dark November afternoon 11 years before. But claiming millions of acres was a different proposition to actually controlling it. This is where Maxim came in. A simple exhibition of it’s deadly ability to harness science and industry by releasing 500 bullets per minute gave Europeans a supreme psychological advantage. African leaders from Marrakech to Mombasa were defeated before they could even consider resistance. The continent fell like a house of cards and it would not be long before the tables turned and Maxim was unleashed on an industrial scale.

The use of it cemented the age of trench warfare. As early as the American Civil War Robert E. Lee had been dubbed the ‘King of Spades’ and the Ruso-Japanese War of 1905 had seen some trench digging but it wasn’t widespread. But as advancing armies in France during August 1914 were swept aside by it’s vicious attacks (75,000 French men in 72 hours) they swiftly dug trenches to shelter from it.

Cut to the valley of the Somme river in 1916 and the buoyant British volunteers, who had felt the earth rumble for seven days as over one million shells thudded onto the German lines, were poised to attack. As the whistles blew and the young men climbed to enter their first battle they came face to face with Maxim. 23,000 fell in a matter of minutes as the offensive to drive the Germans out of France crumpled.

Until the earth of New Mexico was scorched with the heat of the sun by the first nuclear explosion, Maxim was the most important weapon ever created. Until it’s invention there would not have been much between the great armies of Alexander the Great, Hannibal, Khan and Napoleon. Add a machine gun onto the battlefield and all bets would be off. Until the world went nuclear no weapon had the legacy of slaying millions and sentencing a continent to generations of servitude.