You are at:Home»News & Current Affairs»Opinion»Does anyone think ‘national security’ interests including use of collusion would be tolerated by the families of the French people killed in Paris? – Asks Mark Thompson of RFJ
Social share: 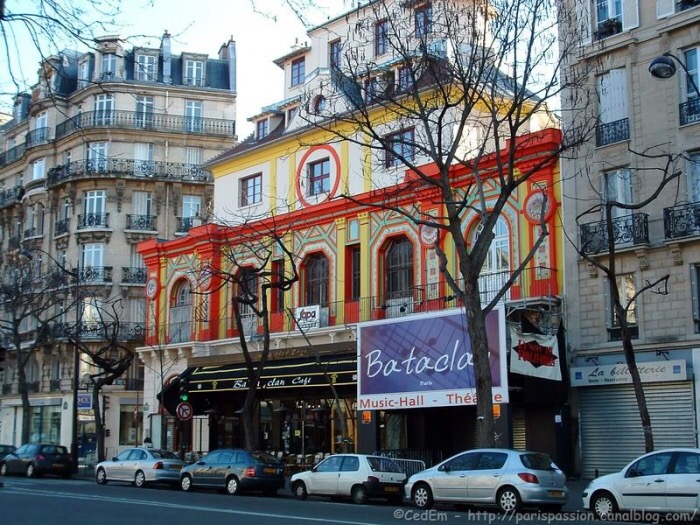 Understandable frustration exists surrounding the failure yet again to implement the promise of independently addressing the legacy of the past.

In the Stormont House Agreement of last December there was no mention of ‘national security’ in the published paper; that was however until the proposal within that agreement, the Historical Investigations Unit (HIU) and the Independent Commission on Information Retrieval (ICIR), were drawing to a close with general agreement in sight. It was only then that the issue was introduced.

It certainly reflected the very obstacles faced by the Finucane family in their pursuit of the promised inquiry into the state murder of Pat.

There was also an element of meddling and manipulation prior to this introduction of ‘national security’ where some tabloid right wing media drove an agenda falsely claiming that an ‘amnesty’ was in place.

The sequence of these interventions led many to believe that a wrecker’s charter was at play that firstly sought to sow the seeds of opposition to any way forward; and which would have conveniently avoided the need for the British government being reduced to a position of last resort in having to play its ace card, and likely its last card, that of ‘national security’.

That they were forced to play that card in a blanket fashion across all killings tells us that they have much to hide beyond the already known and devastating facts concerning collusion and state killings – the very obvious question being, just how bad is it?

That they were cornered into that position is in no small measure down to the work, tenacity and determination of families, groups like RFJ, and lawyers. Don’t underestimate the central importance of that achievement in the broader context of what unfolded and which remains to be resolved in the time ahead.

Coming to the defence of the UK position, were the usual suspects, citing that on the grounds that to divulge the truth would compromise current intelligence methodologies and place Britain under threat from ‘extremists.’ Some went even further saying that it was only about seeking the names of agents.

None of this is true. Not Sinn Féin, the SDLP, Alliance, Irish government, or for that matter any of the credible human rights NGOs from Amnesty, CAJ, Rights Watch UK, PFC to RFJ, ever advocated such a position. All were extremely cognizant of the need to also protect life and therefore the identity of people would not be compromised. This is similar to current processes such as the Police Ombudsman and Coroners Court. However, all were absolutely clear that the issue of ‘national security’ could not be used in blanket form to cover criminal acts related to murder and attempted murder by state agencies and their agents. This would be beyond any legitimate claim of any nation state concerning its national security.

The recent attacks in Paris have also been cited in defence of the position of the UK in rejecting the agreement and denying families from right across the community truth and accountability.

Seeking to capitalize on this attack is in particular bad taste and at the time, out of respect, we decided not to respond immediately given the circumstances.

As this argument persists we now say that if it subsequently became known that the person or people who planned the Paris attacks were agents of any international intelligence agency, CIA, Mossad, MI6, or even French or Belgium intelligence, and that the attack could have been prevented would it be acceptable to tell the 130 bereaved families, and those injured, that it is not in the public interest to investigate that issue citing ‘national security’?

I think we all know the answer.

In comparative terms we have at least several hundred incidents of state collusion resulting in deaths and similarly it isn’t acceptable that the British government seeks to use blanket ‘national security’.

Accepting such a deal would have consigned families to an inevitable process that ensured truth would be buried and that would have been totally unacceptable.

This position alone collapsed the agreement on dealing with the past. That is why RFJ rightly said that the British government is rejectionist to an independent process.

It is they, and solely they, who are responsible for the latest failure.

Some of the parties to the talks examined international principles, guidance and comparative conflict resolution processes that similarly faced issues of disclosure vis à vis the right to truth for bereaved victims. They also sought the views and guidance of NGO’s. This led to the presentation of options that would have provided for genuine ‘national security’ interests to be addressed yet rightly ensuring that issues of murder and criminality by state agencies and their agents would not be covered. The British government rejected this also.

So in the meantime, and until this matter is resolved and it can be, resources need to be immediately available to the independent mechanisms currently addressing legacy; the Police Ombudsman has a caseload of approximately 350 with limited resources, and coroners courts are faced with 55 legacy inquests.

Resources also need to be directly available to the bereaved and injured including the siblings of people killed who are currently excluded from support schemes.

But lets be absolutely clear: in order to get this issue over the line pressure needs to be focused on the British government. They alone are responsible for the failure on the past. It is they who reneged on their commitments of December last.