You are at:Home»News & Current Affairs»Opinion»‘Travellers are fine but not outside my house’ – is that how you think?’ By Brian Spencer
Social share: 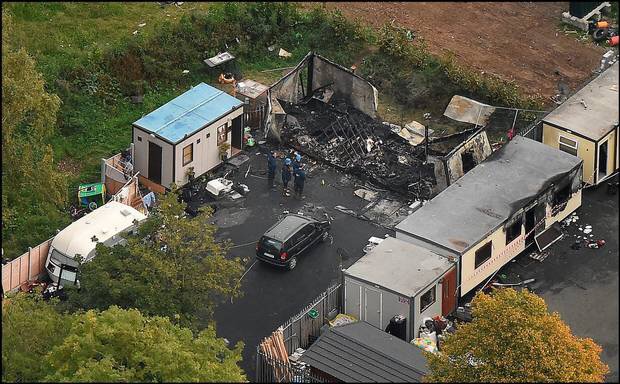 Ireland has a problem with travellers. Ten members of the minority community are immolated in a domestic fire and Ireland expresses grief, but adds a qualification. Ireland is sorry for their loss, but doesn’t want their remaining family near them. See below the opposition to the Glenamuck emergency site in Carrickmines. 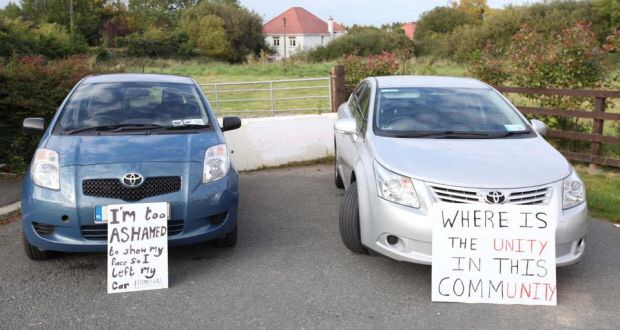 On the eve of 2016 and in this age of displacement and resettlement, this inhumanity is a poignant moment in Irish history.

The loyalist protest was comprehensively scrutinised by the media and relentlessly ridiculed online. This protest is central in the emerging narrative that loyalists and protestants alone are racist and bigoted, a line Sinn Fein nod along to with smug sanctimony. Their Irish vanity says the Irish are kind and the British are brutish.

In contrast to the scrutiny and ridicule reserved for loyalists, the southern Irish protest was regarded with a quiet revulsion. It doesn’t suit the narrative.

What the event shows is that atavism and racism are an ecumenical matter; it’s a Catholic and Protestant, nationalist and unionist thing. Irish travellers in Southern Ireland were the Catholics in Northern Ireland, second-class, and continue to be.

As Willie Kealy said, “We [Irish] have always been a bit racist about Travellers.”

It isn’t just the Glenamuck nightmare which shows this.

An Ipsos MORI poll found that that while 61% of Fine Gael voters favour resettling migrants from the sub-Sahara, 70% of Sinn Féin voters are opposed to welcoming fleeing migrants.

It would be useful to remember this next time there’s a racism scandal coming from a loyalist estate. As Kevin Myers said:

A report on the Republic of Ireland found that migrants to Ireland face discrimination and assault. As 2016 fast approaches and people talk of the “ideals” of the men of 1916 we should look at the writing on the movement people by one of the main men, James Connolly. The Marxist wrote in early 1916 a three part series entitled, ‘Slackers‘.

In Part I, published February 5 1916, Ireland’s venerated martyr Connolly called migrants to Ireland “hordes” and a “swarm of locusts“, “boys of the bull-dog breed” and “Brit-Huns”. He wrote:

“Ireland is in the throes of a new invasion. But whereas all other invasions have been invasions of fighting men, this last invasion is an invasion of men who have declined to fight.

Since the passing of the military service law and its coming into force in England this country has been flooded daily with fresh hordes of English and Scotch, who have run away from military service in their own country and settled down like a swarm of locusts upon Ireland.”

Are these the “ideals” of 1916? In Part 2 he continued with his highly charged and racist language against immigrants:

In Part 3 his hostility to the foreigner continued. He wrote:

“Dublin, Ireland, is rotten with these carrion; our patriotic jingo employers are continually discharging Irishmen and filling up their jobs with English and Scots and Welsh, and these Brit-Huns.”

David Cameron was excoriated for using the words “swarm” to describe migrants straining to reach Britain. Here we see James Connolly, the holy of holy Irishmen, using exactly the same language with even more venom, writing about migrants as a “swarm of locusts.”

G.K. Chesterton wrote “every sectarian is more sectarian in his unsectarianism.” Gerry Adams shows his sectarianism by saying how unsectarian he is compared to the sectarian royalists. The man who continues to assail colonial Britain for dividing the people is promoting his own division, the civil against the uncivil.

A quick regard across modern Ireland and down Irish history shows this is untrue. Catholic, Protestant and dissenter are united in their capacity for bigotry and backwardness. Irish history also tells us that Irish vanity and belief in their intrinsic exceptionalism always delivers negative consequences.