You are at:Home»News & Current Affairs»Opinion»‘The truth is to be sacrificed in Northern Ireland in the interest of ‘national security” argues RFJ spokesman Mark Thompson
Social share: 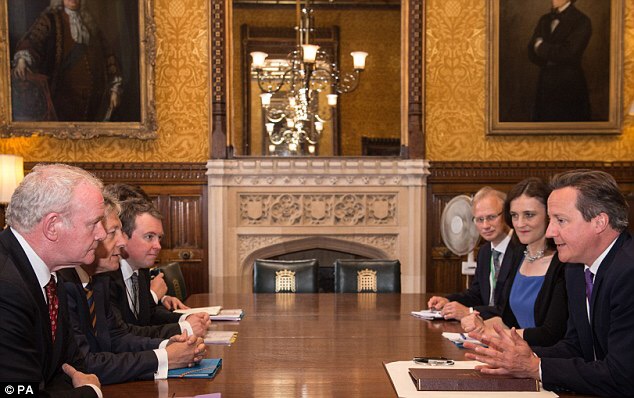 In the current talks on dealing with the past the UK government is asserting a veto determining what will and will not be disclosed; this under the guise of ‘national security’ and despite the fact that this undermines the very necessity of creating an independent mechanism free from UK interference.

The veto relates to the role of Director of the Historical Investigations Unit (HIU). In a Machiavellian move the UK government, in a bid to claim they are complying with their Article 2 obligations, say they will provide full disclosure to the HIU Director and the Director of Public Prosecutions (DPP). However, any future HIU Director will effectively have his or her hands tied as they, with the DPP, will not be permitted to make use of that information whatsoever without the approval from a British Secretary of State (SoS). This in our view is a continuing violation of Article 2.

The minimum standards set by Article 2 requires investigations into controversial killings involving the state, including where collusion is evidenced or alleged, to be open, transparent, impartial, independent, effective, prompt, and adequately involve the next-of-kin. “National security” is a barrier to Article 2 compliance.

Under the proposed HIU model, as determined by the NIO policy paper and the leaked legislation and not the December 2014 SHA agreement, the role of the Director of the HIU will be severely compromised and will not be independent.

We argue that the role of Director of HIU should be exactly the same as the Police Ombudsman (PONI) in accessing and obtaining intelligence regarding investigations.

As Michael Maguire said when he took the judicial review of the then PSNI CC; this isn’t a case of investigation by negotiation. I’m not going to negotiate with the people who are the subject of my investigations about what they are prepared and not prepared to provide me with in order for me to conduct those investigations.

Similarly the process exists whereby a high court judge can determine the relevance of a piece of evidential material and whether or not this will be provided to the court.

It also existed for example in the assessments by Justice Peter Cory following Weston Park and whether or not inquiries were required; and with Stevens in his investigations. However, subsequent to both these processes even more material existed that had obviously been deliberately withheld that was revealed in the de Silva Review into the murder of Pat Finucane.

However, the process of accessing information and obtaining it for judicial and prosecutorial decisions are well established by existing bodies as outlined above.

Under the current plans, via the leaked legislation with regard to ‘national security’ and which we understand will remain, there is a serious departure from these legal and established norms.

The argument must be made that ‘national security’ can be replaced by Article 2, which currently is the case with PONI and the courts etc. in which there would be no, and there is no, onward disclosure that would place the life of anyone at risk. This is the only logical solution to the current blocking and insistence of the British government around ‘national security’. The current position, that of PONI and within the courts, should stand and if a SoS believes that the Director of the HIU, or for that matter the DPP, should not pass information onward then they would have the ability to legally challenge such a decision.

The issue of a veto for the British government, or a contrived in between mechanism, will not work. In doing so we undermine the integrity and credibility of the post of Director before we even begin.

Merely saying that the HIU Director will have full disclosure, as will the DPP, yet inserting the caveat that in order to write a report for a family containing that information or to pass it on as part of any connected process that he or she must have permission of the SoS is ridiculous. It smacks of the position taken by Matt Baggott to which PONI took the judicial review. It also means that no right thinking person of integrity would apply for the position of Director.

The obvious question then is; is this being set up to fail?

Crafting the plan/legislation in such a way ensures that the gatekeepers remain in control and that as such presenting a model that is totally unacceptable has the effect of enabling them to remain in control one way or the other.

It also means that in the event of a potential prosecution that lawyers for a defendant could, as part of their defence, request or have the judge request material evidence from the prosecuting authority (DPP) and that this would be denied by the UK government representative (SoS) and thus the case would fall. It amounts to an abuse of process before a case begins. It also leaves open the possibility that politically motivated prosecutions could arise in certain cases where a SoS might decide to release material; for example when it concerns non-state actors. This too violates the Article 2 obligation to hold to account and prosecute fully those responsible for human rights violations.

As one relative puts it – It’s akin to a regular police officer gathering all the evidence in a murder case, arresting the person responsible, preparing the prosecution file and then being told by senior officers (at the behest of Special Branch, British Army Intelligence, & Security Service MI5) that the case must be dropped citing ‘national security’ as the person responsible is an agent of the state. Only this time it’s on a wide scale legislative basis that this would be facilitated. It cannot be accepted.

We also understand that the same approach is underway with the Independent Commission on Information Retrieval (ICIR), in that the British government has inserted a clause that requires the ICIR to tell the SoS about those people that approach the ICIR. This is a disincentive to the intentions of the process overall, an intelligence gathering exercise for MI5, and an attempt to try and dissuade/prevent former members of state forces from coming forward.

All in all they are setting up the process for failing and thus retaining control.

Social share:
David Cameron ireland Northern Ireland Stormont the past Truth Victims
Previous ArticleWhy does murder by the State seem fine to Theresa Villiers? – asks John Loughran
Next Article ‘How the use of the Maxim gun changed the course of history’ – By Patrick McKeating