You are at:Home»News & Current Affairs»Opinion»The carnival that preceded the ruin of Easter 1916
Social share: 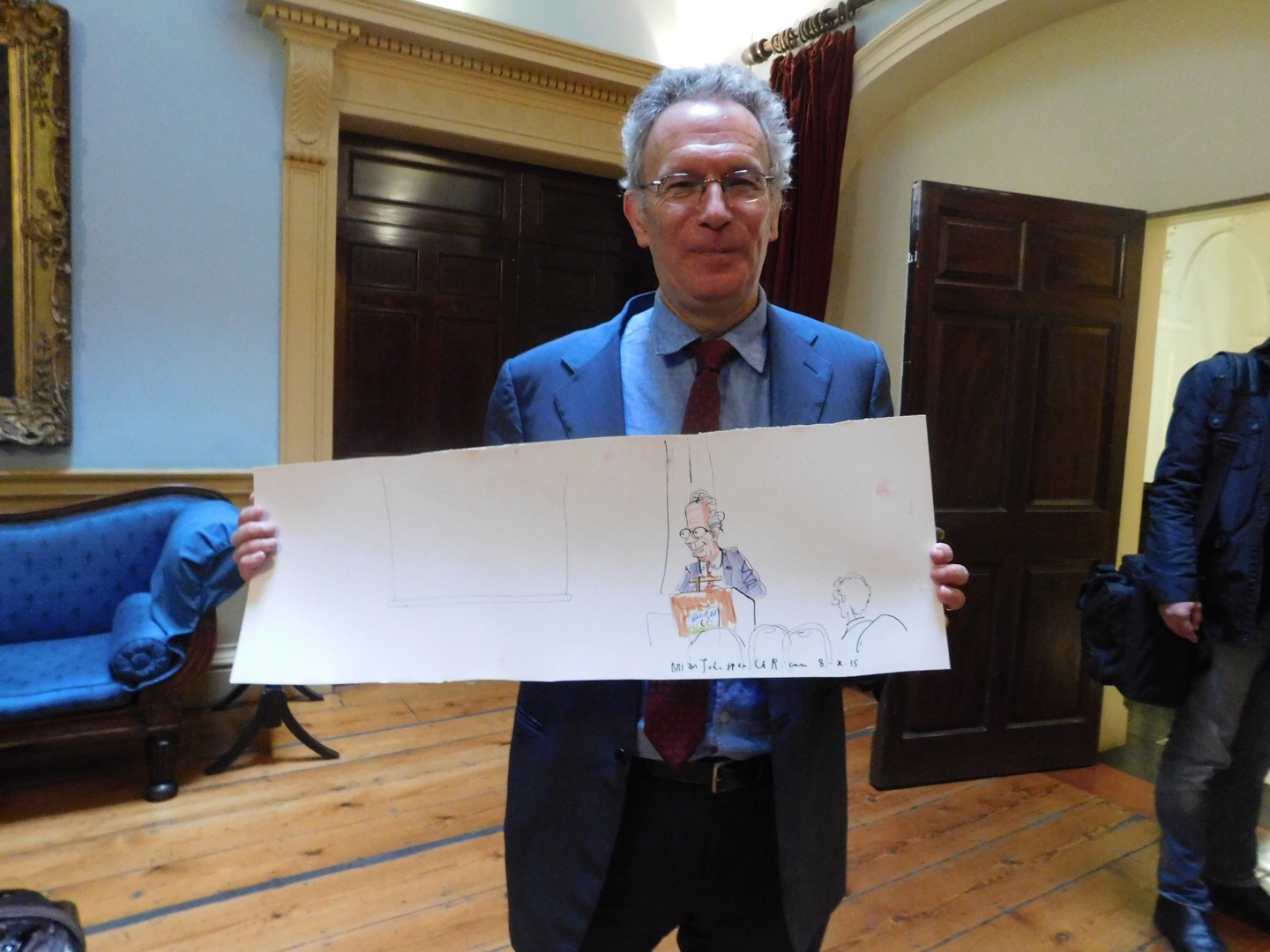 How can there be a carnival on a battlefield? That’s what Dublin was for the ordinary people of the city during the Easter week of 1916. Just as the Rising was for Ireland simultaneously “terrible” and a “beauty” so it was for the people of the tenements a place of high ecstasy and horror, a time of “carnival” followed by a time of “ruin”.

On October 8 2015 the Irish Times writer Fintan O’Toole told this hidden “third” narrative of 1916, ‘Carnival and Ruin: Looting and Destruction in Easter 1916‘. Speaking at Newman House opposite St Stephen’s Green in Dublin this lecture was the first in a series, ‘1916 as a Global Event‘, organised by the Royal Irish Academy and UCD for the Decade of Centenaries Award. Fintan set the scene. There are two principle narratives that surround Easter 1916. One is that the insurrection was a stab in the back, an act of treachery by a wreckless minority against brave men of Ireland on the Western Front. The second, which became orthodoxy in the South, is the narrative of death and resurrection; from the graves of the the rebels sprang an independent Irish Republic. The two narratives are incompatible and represent the cleft between the two traditions on the island, Orange and Green, unionist and nationalist.

With the context laid out Fintan moved to the third and largely unheard narrative. The story of the ordinary people of Dublin and their adventure that was encapsulated by carnival and ruin that played out on a European scale. Easter 1916 was also an episode when the deprived could for a brief moment indulge and enjoy the excess of the super-rich. But as we will see, the lowest on the social ladder dined out and then paid the highest price.

Dublin in 1916 was an incredibly polarised city, opposites of extreme wealth and poverty abutted at extreme proximity. Due to the historical development of the city, squalor rubbed shoulders with regency opulence. Henry Street had boutiques and outlets to rival the main centres of Europe, London, Vienna and Berlin. Just adjacent were tenements, the worst housing in Europe with the highest mortality rate in the developed world. A striking social fault line.

For most in Dublin the Rising is not a military or political event. More took part as looters than rebels. Something to which the rebels themselves objected deeply, viewing it as an act that sullied their cause. Fintan O’Toole describes the scenes as “carnivalesque”. For young men and women it is a big adventure. despite the bullets, shrapnel and shelling it was a time of intense fun. 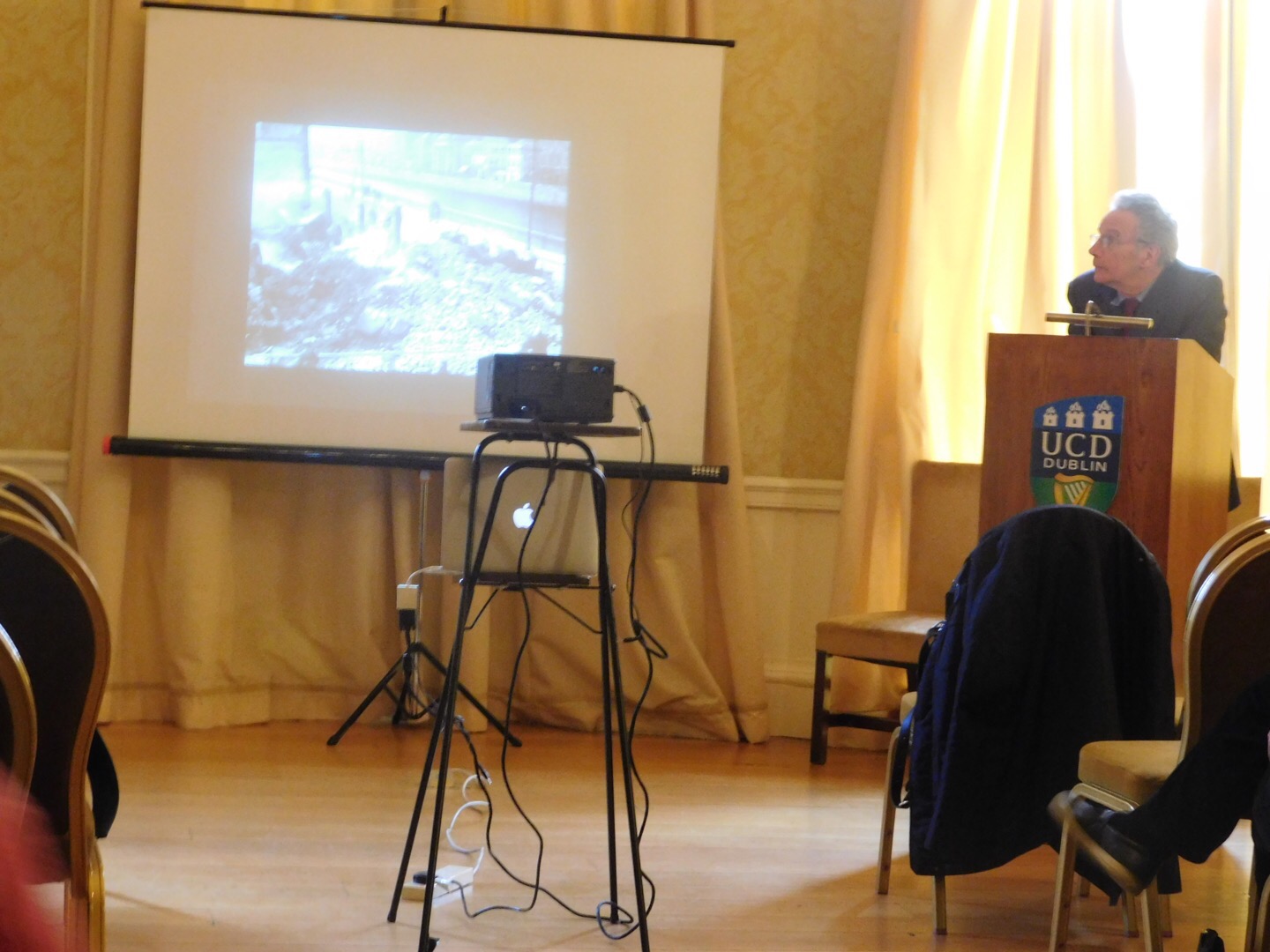 O’Toole recounts that many of the rebels were captivated by the colour and views of a city that was soon ablaze. James Kavanagh recounted having a “good deal of fun during the week.” Some of the insurgents in the GPO strutted around the collapsing architecture dressed in the costumes from the nearby wax works. One of the female rebels said, “in the middle of our activities we started trying on fur coats.” Women handed bottles of stout to the Irish Citizen Army in the GPO.
The rapture is out of keeping with the military occasion.

Outside the GPO the carnival theme is bigger where it has become “a carnival for the poor.” The looting begins on the Monday and tails off on Wednesday and Thursday. The looting happens on O’Connell Street, Earl Street and Henry Street.
The average wage in the tenements was £1 a week. In 1916 the people of the tenements were still feeling the after-effects of the Lockout, 1913 and 1914 passed with no wages.

Fintan describes the antics as “surreal” and the mood as “mad” with people in a “frenzy”. The papers of the day wrote of the looters as “the underworld of the city.” They recorded that 180 pairs of boots, 5 stone of tea, 50 guns and 21 swords were,in the aftermath, recovered. “Every single thing that is moveable is looted.” The pram is the most sought after item.

These were bizarre sights -,sights not seen in Ireland before but more fitting to a medieval European carnival. Desmond Ryan of Tyler’s Shop said that the “greedy frenzy is unchecked by glass underfoot.”

For children it is liberation. They are free to run, loot and play. On O’Connell Street it is recorded that children played golf and cricket. “Expensive bangles on their grimy ankles” reported the Irish Times. “Children dance and ring the bell in the tram car.” A “fantasmagoric scene” played out said rebel Earney O’Malley when children let off fireworks opposite the GPO. Children cut slits in hats and pull them over their faces. Little girls hugged teddy bears, this was a euphoric holiday. This was the overturning of the order as the poor adorned themselves with the accoutrements of the rich.

However the “extreme anarchic freedom” comes with a price. Having experienced the initial rush of carnival and joy the tenements then experience ruin and death when the shelling of the tenements happens on Wednesday, Thursday and Friday. Parts of the city are flattened, epecially O’Connell and Earl Street, 100,000 square yards in total. This puts Ireland in a European context and gives Ireland a European experience. Everything to the south of the river carries on while the north side is an urban wasteland. Eye witnesses draw the comparison with the German destruction of Belgium in Ypres and Louvain. Dublin is an Ypres on the Liffey, and so it remains for a decade.

Fintan O’Toole drew his lecture to a close. The “extreme anarchic freedom” of Monday and Tuesday is punished with bombardment on Wednesday, Thursday and Friday. The story of carnival followed by ruin is retold graphically in the play by Sean O’Casey a Dubliner who himself, grew up in the tenements. The play is ‘The Plough and the Stars’. In the third act of the play we read about the leisure and looting during combat. In the fourth act Bessie and other characters get killed. They suffer for their sins.

This was a fascinating lecture presented with a respectful affection. You can look back and feel for those citizens of the tenements who lived with squalor and want. For one brief moment they got the winning ticket. The stories of excess and adventure can only make you smile. This is wiped away when we realise the fate of so many ordinary citizens who were killed or lost a relative.

This is an important contribution to the 1916 conversation, Fintan O’Toole and the organisers deserve congratulations.

The lecture series organised by the Royal Irish Academy and UCD for the Decade of Centenaries Award, ‘1916 as a Global Event‘, runs from October 2015 to January 2016.