You are at:Home»News & Current Affairs»Opinion»‘Paul of Tarsus… how much influence has he had on you?’ by Patrick McKeating
Social share: 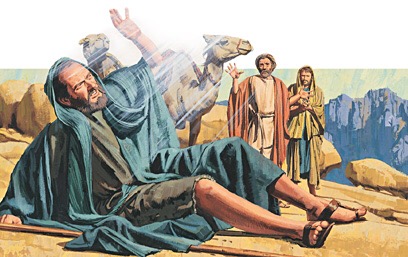 Upon the crucifixion of Jesus of Nazareth the first Christians were at a loss. Persecuted by the Romans and shunned by the Jews, the lonely group needed a leader. They needed security and direction. They needed a man to spread their message to masses. They needed to rebrand their religion for Roman converts. They needed a man named Paul of Tarsus.
Roughly five years younger than Jesus, he was raised in Greek-speaking Turkey as both a Jew and a Roman citizen. Surrounded by pagans and potential enemies of Rome he was more aware than most of the benefits of positive publicity. He first encountered followers of Christ while studying in Jerusalem and joined in their fervent persecution.

It was on the road to Damascus that he had his well-known conversion. He wrote of Jesus dazzling him in a light so bright he was blinded with religious zeal and undertook the task of spreading the word of Christ. But he was no street corner preacher. He won a brutal leadership struggle and set about providing the early Christians with a hierarchical system of organisation and selected ideas that he felt were the most marketable to the inhabitants of the Mediterranean twenty centuries ago. For example he dismissed the idea of compulsory circumcision for members as he felt it would put off potential male converts.Through his firm leadership style he demanded loyalty and in his letters he berated followers for spreading doubt among others. Sound familiar? He even called the apostle Peter a hypocrite during an argument about the future of the Christian sect.

Central to his view of the new church were the ideas that Jesus was resurrected, all people were born with original sin, there would be a judgement day and that all members should regularly do charity. With the cornerstones of the church firmly in place, he spread the Christian faith from Jerusalem to Turkey, Syria to Greece and finally to Rome where he was beheaded in 67AD.

Christianity as we know it is his legacy. Of the 27 books of the bible, he wrote 13. Critics have suggested that he warped the original message of Jesus yet his supporters retort that without him Christianity would have been a flash in the pan of middle eastern history; a forgotten footnote of the Roman Empire.

Social share:
apostle Paul Bible Saul of Tarsus
Previous ArticlePaul Gallagher – A bigger man than you or I
Next Article ‘It’s the South, stupid’ – by Colm Dore