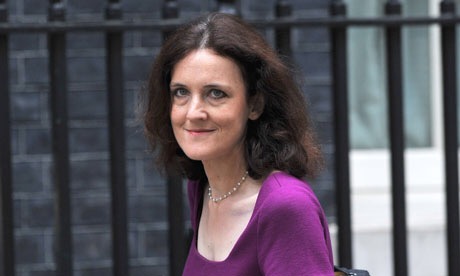 The Stormont House Agreement is crystal clear that the planned Historical Investigations Unit (HIU) which will take on legacy investigations into Troubles-deaths will be ‘independent’ of everyone else, including Government. The United Nations Human Rights Committee as recently as July reminded London it needed to ensure the HIU was independent, and singled out the area of ‘disclosure’, which refers to both what information the HIU is to have powers to get hold of, but also what it is then allowed to do with it.

Yet in the NIO’s policy paper on the Stormont House Agreement, published today, the Secretary of State, perhaps pretending to misunderstand the concept of independence, makes clear she is planning to grant herself a power to veto the contents of HIU investigation reports to families on ‘national security’ grounds. The normal line of accountability to the Policing Board is also set aside in such circumstances. The HIU will instead be overseen by Theresa Villiers herself where ‘national security’ is engaged.

We had seen this coming. In July David Ford’s Department of Justice put out a ‘position paper’ outlining details of what it planned the HIU to look like. To the trained eye one glaring omission jumped out. As a starting point for all its investigations – whether into republicans, loyalists or the state the HIU will need to have a power to ensure all relevant files are handed over to it – similar to the power the current Police Ombudsman has. The HIU will also need not to be hampered by ministers as to what it can do with this information. Yet the document was silent on both of these issues. How could such a document on the HIU say nothing on one of the key issues the UN had just raised? A reason was given: – the matter was being taken forward by the NIO, and not David Ford’s department. At a public information seminar on the document officials let slip this was for ‘national security’ reasons. CAJ wrote straight to Teresa Villiers to seek assurances she was not seeking a ‘national security’ power to veto the contents of HIU. reports. We have not even received a response.

Humpty Dumpty once said that a word means whatever I want it to mean. This has been London’s approach to the concept of ‘national security’ for some time. It is not defined anywhere. Why? The MI5 website helpfully explains this is to allow successive governments “the flexibility necessary to ensure that the use of the term can adapt to changing circumstances”. A ‘national security’ veto can therefore be used to censor a report on practically any grounds.

The idea that how someone died in the Troubles, at whose hands and whether any agents of the state were involved, should remain a ‘state secret’ is a troubling concept. A national security veto can clearly be used to cover up human rights violations, or even matters that are just ‘embarrassing’ for a government. In our experience such ‘national security’ vetoes provide enormous powers of direction and concealment that can be regularly deployed to obstruct investigations.

There is some track record of existing national security powers vested in UK ministers being used to fetter current legacy investigations. Take the following few examples from just one year – 2014. In one case a victim of the IRA’s ‘nutting squad’ sought accountability through the courts over the role of the agent ‘Stakeknife’ in her ordeal. The Ministry of Defence – on grounds of ‘national security’ – applied for the trial to be held in secret. Other victims seeking accountability for false imprisonment sought copies of their own prison records. The Secretary of State for Justice, Chris Grayling MP, refused access to 40 year-old information about themselves for under a power that can only be evoked for “the purpose of safeguarding national security.” Another Tory MP, our own Secretary of State, Teresa Villiers’ contribution was, on grounds of ‘national security,’ to remove the decision as to whether to re-open an inquest into the Loughgall killings from our own local independent Attorney General, John Larkin, and instead to vest the decision in another fellow Tory MP, the ‘Advocate General’ Jeremy Wright MP.

Government may argue that the operational methodologies of the security forces need to be kept under wraps but ‘national security’ is neither restricted to such a question nor is there a case for the covering up of obsolete and illegal methodologies that are never supposed to be used again. The HIU will already rightly have a duty not to publish information that would put any individuals in danger; the premise is that such bodies are made up of competent individuals who are capable of handling information sensitively.

The idea that the new HIU will be entirely independent, but that a government Minister can decide what it publishes is going to be a difficult sell. The Secretary of State will have a further problem in that any such veto would be entirely outside the terms of the Stormont House Agreement. The Agreement makes no reference to any such ‘national security’ power. Rather it guarantees the independence of the HIU. It’s time for this to be implemented in good faith and not rolled back.