You are at:Home»News & Current Affairs»Opinion»How President Bill Clinton benefited from an Oxford scholarship established by the founder of apartheid in South Africa – by Patrick McKeating
Social share: 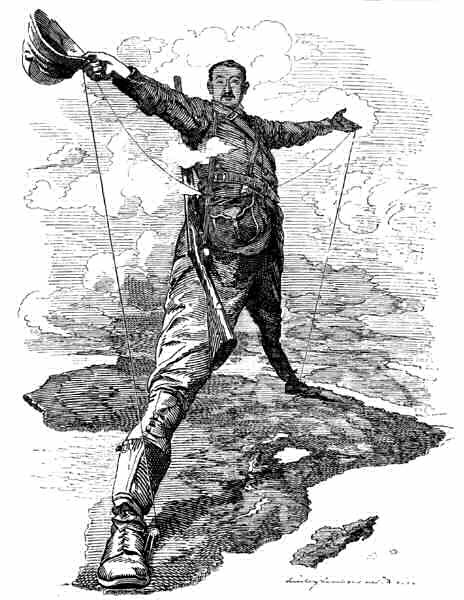 The older among you may remember the African country of Rhodesia. Keith Clifford DuPont was its last president, queen Elizabeth was its head of state and Rhodesia’s capital was Salisbury. It was named after it’s Victorian founder and owner Cecil Rhodes. Ever heard of him? He personally owned 20% of Africa, dominated the global diamond trade and introduced apartheid into South Africa.

Born into a middle class English family in 1853 the cantankerous young man was given less than a year to live at the age of 17. By his death at only 48 he was well on his way to building a railway and cable line from Cape Town to Cairo.

As a frail teenager he went to the warm climate of the Cape Colony (Now South Africa) to live with his brother. After an unsuccessful start, he made for Kimberly and the busy diamond mines to find his fortune. There were thousands of small digging plots so his initial success came not in crystallised carbon but in renting out pumps to clear flooded mines. Over time he purchased more and more plots to eventually dominate the market alongside the colourfulcharacter of Barney Barnato. By the age of 35 he ruthlessly dominated 90% of the world’s diamond supply with his company de Beers. Armed with immense financial power came opportunities to enforce his beliefs in the ‘White Man’s Burden’.
PThis conviction took the view that the natives of Africa must be governed by a firm British hand, that they must be shown the light of Protestant Christianity and that they must enjoy the various fruits of western civilisation.

Rhodes knew that real commercial and military strength required political influence. And who can one trust more than themselves? So in 1890 he swiftly became Prime Minister of the Cape Colony. Requiring a subdued workforce for the largely mining economy he introduced the system which would become known as apartheid.
Rhodes wasted no time in expanding north east into lush tribal land larger than the size of Europe. He tricked a once mighty African leader named Lobengula into signing over mining rights in his vast territory. The defeated king later said, “Have you ever seen a chameleon devour a fly? England is the chameleon and I am it’s prey.”
The huge tracts of land initially owned by his British South Africa Company (BASAC) became known as Rhodesia and formally became part of the British Empire.

Following his death in 1902 he left considerable sums of money for means as varied as university scholarships for Oxford (One notable beneficiary of these was Bill Clinton) and the creation of a secret society whose primary object was for ‘the extension of British rule around the world… from the whole of south America to the Euphrates valley.” However his most significant legacy was the political system in South Africa which would last until 1994. A household name today in the land he once brutally dominated, why is he at best a little known eccentric in the land that enjoyed his spoils?