You are at:Home»Sport»Brian Spencer’s take on a rugby Special on Saturday, Ireland v Canada
Social share: 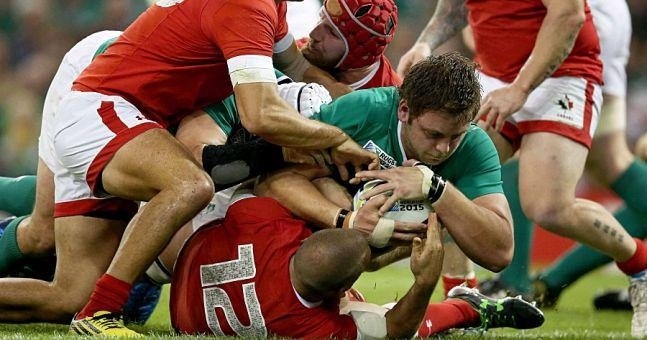 In a weekend of contested narratives, in the North it was the talks and in the South it was the State funeral for Thomas Kent, Irish rugby offered bipartisan relief.

The losses in the run up to the World Cup formalities were irrelevant. Ireland’s players are in rich form and are coming together with the timing will see the XV peak when it matters. Expectation is high.

The Irish fifteen to play Canada was announced, and with only Henshaw and Healey missing, it was Ireland at top strength. There were perhaps questions, including the Iain Henderson inclusion. Surely this was momentary and Devin Toner would return for the crunch games.

Ireland came to face Canada at the Millennium Stadium, kick off 14:30. The game commenced and unfurled with pace and intensity. Ireland put the phases together and the Canadian defence was resilient.

At 5 minutes it was nil all. Canada came into a string of form. The reds broke towards the Irish 22, then took a line-out on the halfway. Canada then had an opportunity with a shot at Irish posts. Miss.

Proceedings resumed. At 14 minutes Sexton took a penalty in front of posts. 3-0 to Ireland.

Ireland tools a quick penalty and applied pressure from Henderson and Murray.

The Canadians were feeling it, the Canadian second row was yellow carded at 17 minutes.

A man down, Canada conceded a try on the back of a rolling maul from a lineout, touched down by Sean O’Brien at 18 minutes.

Keith Earls was in form and striding to the left wing bounced his opposite number. A series of pick and goes followed, Munster’s O’Mahoney drove a rivet into the defence, then O’Connell went over the line. The TMO at 23 minutes ruled out a score. 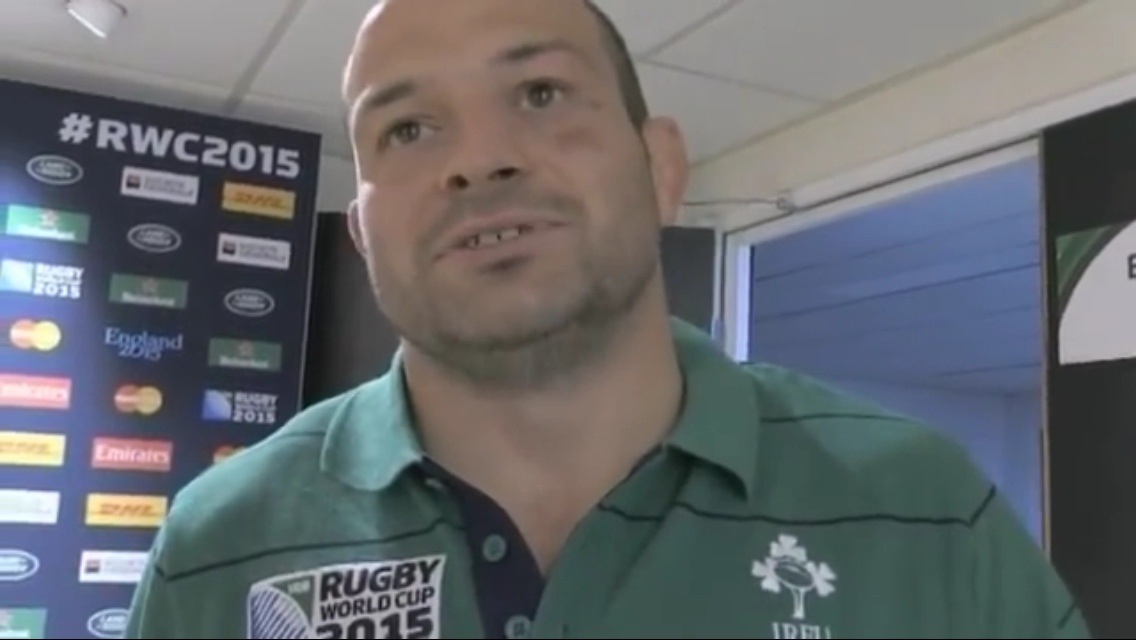 A green scrum down followed. Heaslip was cut at the ankles, and from the ruck Iain Henderson, with Rory Best shunting from behind, took the ball and punched himself through the defence and over the white line.

Conversion followed, making it 17-0 at 25 minutes.

Try number 3 followed 2 minutes later after a thundering run and sublime inside offload from Sean O’Brien. This time the TMO approved.

Sexton couldn’t convert his own try.

Ireland were playing with confidence, we saw a GAA moment with Sexton making a pitch wide kick to Jared Payne.

Another Green try came after some side to side inventiveness, with Luke Fitzgerald bossing the midfield he gave the space for winger Dave Kearney to display some footwork and touch down. Sexton made amends and converted, making it 29-0 with 36 minutes passed.

We saw the TMO again at 41 mins after Fitzgerald went for intercept close to the Irish line. Found the the Canada 10 had put his pass forward.

The second half began and not long after Paul O’Connell found himself in the sin-bin for trying to take possession from the offside.

Canada had their spells and at one stage put pressure on the Irish line where defence was strong. The reds went for the cross field, only to over shoot it.

The loose play that characterised the first phases of the second half tightened and slowed up with a series of line outs and scrums.

No score in the first 11 minutes of the second half, and O’Connell back on at 52 mins.

Ireland had a lineout on the Canada 5 metre line, applying pressure with picks and passes and go. Rory Best was put in touch on the opposite side after side to side play.

Iain Henderson has been immense, and a blasé immense.

Madigan at 55 minutes came on for Johnny Sexton. At 63 minutes Chris Henry came on for Sean O’Brien. Sean Cronin also came on. On the back of a lineout he steered play at the back of the rolling maul. The ball went to 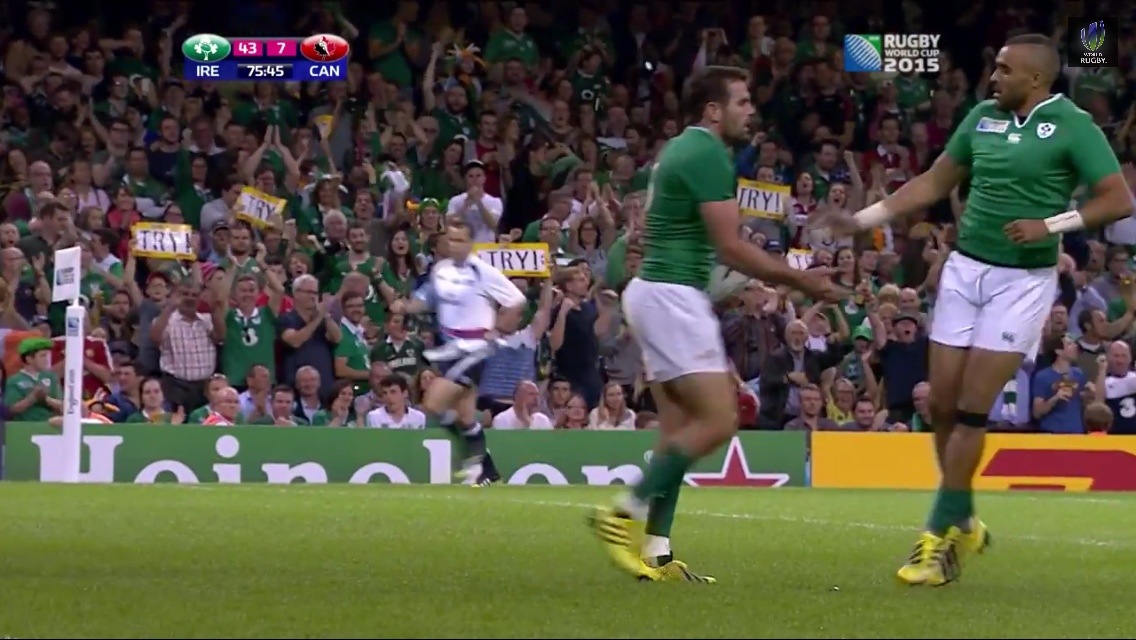 Jared Payne who hit the defensive line like a bullettrain and the breakdown Cronin came slicing onto the ball for a try. Try converted, making it 36-0 at 67 minutes.

After the one way at traffic from Ireland Canada scored after their left wing intercepted the ball from a Jared Payne grubber attempt. Making it 36-7 at 68 mins.

Ireland came back strong, and Irish fullback Rob Kearney scored at 72 mins after a pitch length sprint from Earls. Madigan converted to make it 43-7.

By this stage Canada were limp and Ireland still strong after a brace of replacements. At 75 minutes Jared Payne scored after a smart break by Ian Madigan. He converted, making it 50-7 to Ireland.

Play finished with a second touchdown from Iain Henderson. Once again it went to the TMO which ruled against the Ulsterman, leaving the final score at 50-7 to Ireland. Sexton an Henderson were the men of the match. Sexton only played 55 minutes and scored 14 of 50 points. Henderson registered the highest number for both tackle and turnover count. The Ulster lock may have started on he understanding that he would withdraw to the periphery as the competition progresses, but after his performance against Canada he has put himself at the centre of Irish rugby.