You are at:Home»News & Current Affairs»Policing, Politics and The ‘Provos’ – we’re not watching a securocrat PLAY – By Brian Rowan
Social share: 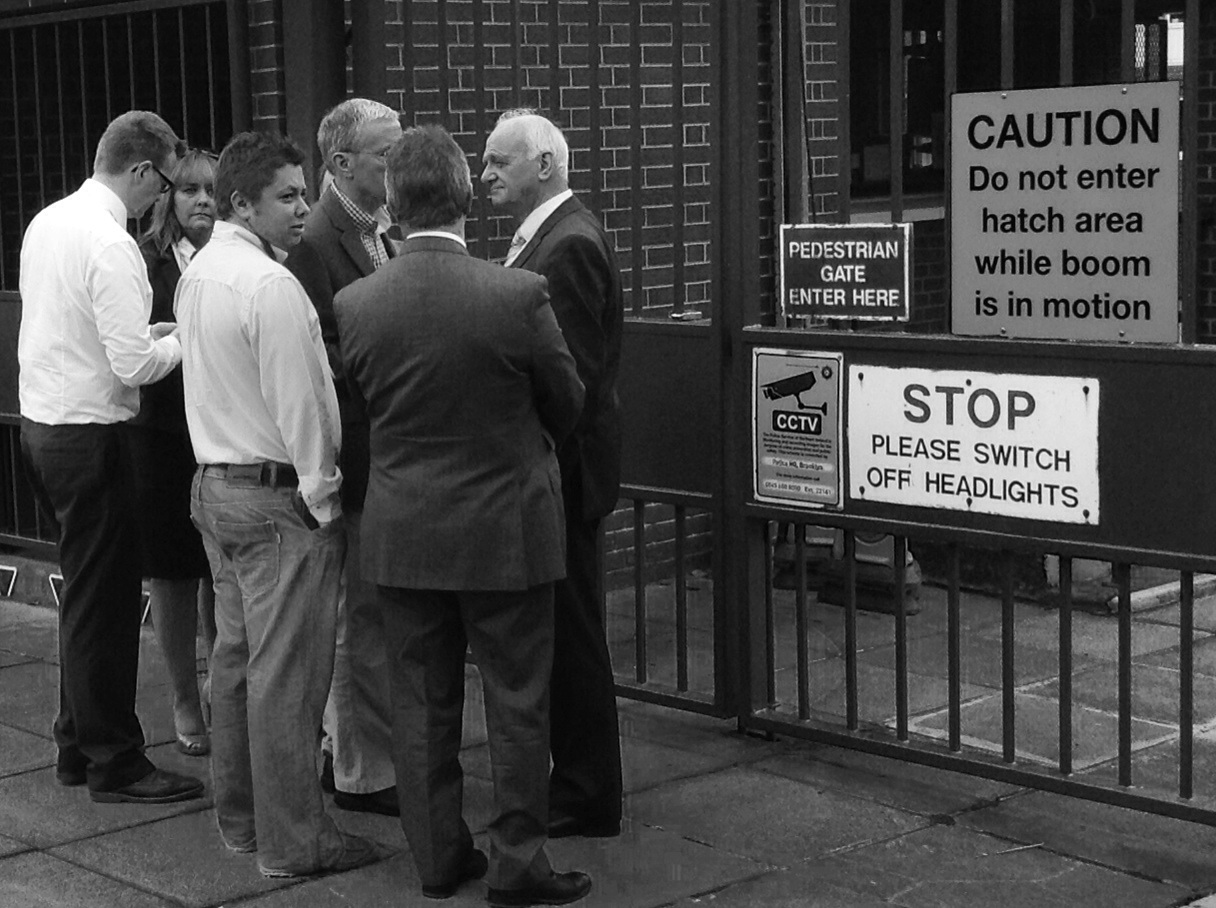 DUP delegation at Police Headquarters for meeting with senior officers

The IRA did not disappear or dissolve with its statement of July 2005 ending the armed campaign and ordering arms to be dumped.

Nor has the issue of IRA disbandment ever been comprehensively resolved.

What has been consistent in security and intelligence assessments is a belief that the ‘war’ is over.

That assessment stretches from the report of the Independent Monitoring Commission (IMC) on IRA structures in September 2008 through to what Chief Constable George Hamilton had to say last weekend.

Just read Paragraph 2.8 of that IMC report delivered to the British and Irish Governments now almost seven years ago.

It asks a question and answers it. 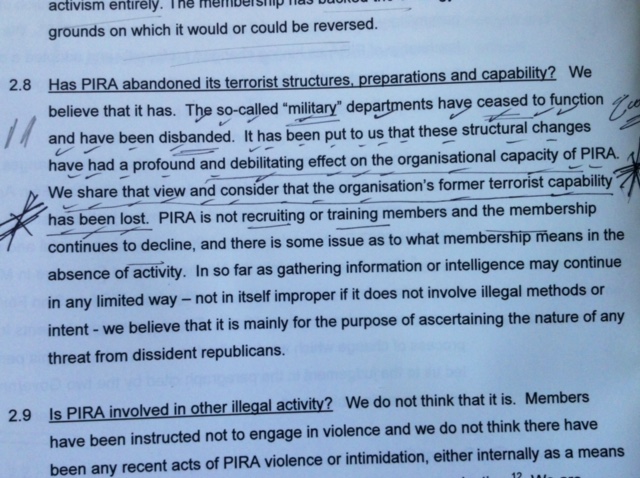 There is an important sentence within that paragraph.

“PIRA is not recruiting or training members and the membership continues to decline, and there is some issue as to what membership means in the absence of activity …”

A reduced structure in the absence of activity meant little or no attention.

That was until recent days and the murder of Kevin McGuigan followed by the police assessment that current members of the IRA were involved.

This is what has brought that existing structure – whatever is left of it – into sharper political and policing focus.

But let us not pretend that there was some perfect transition in which everything and everyone had vanished.

– A decommissioning report that all arms had been put beyond use was challenged publicly almost a decade ago;

– We knew that the IRA met in a Convention before Sinn Fein’s endorsement of the new policing arrangements;

– And, long after the Paisley and McGuinness Executive, the Army Council had not been disbanded. 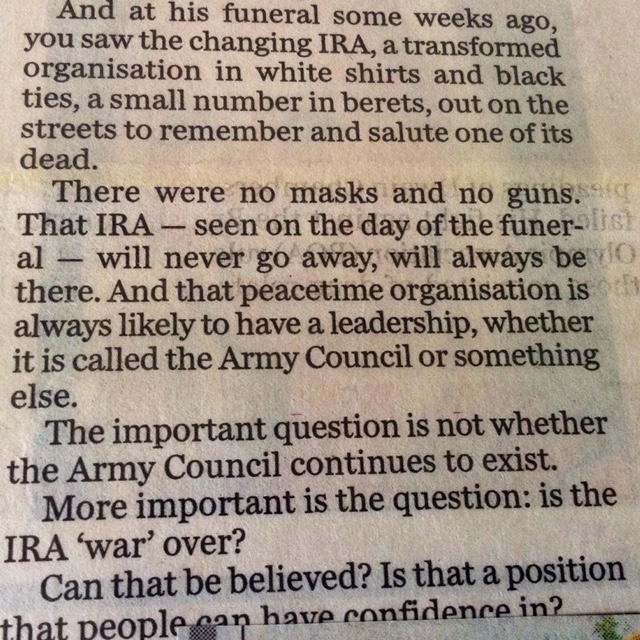 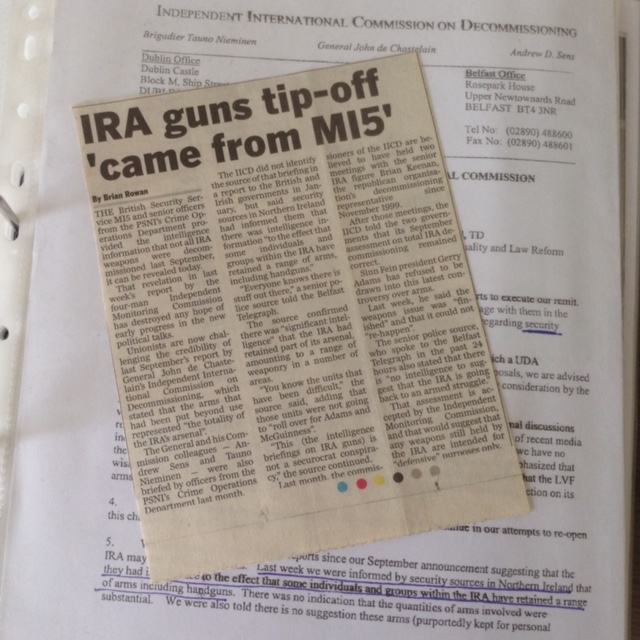 2006 MI5 and police challenge report all IRA arms beyond use 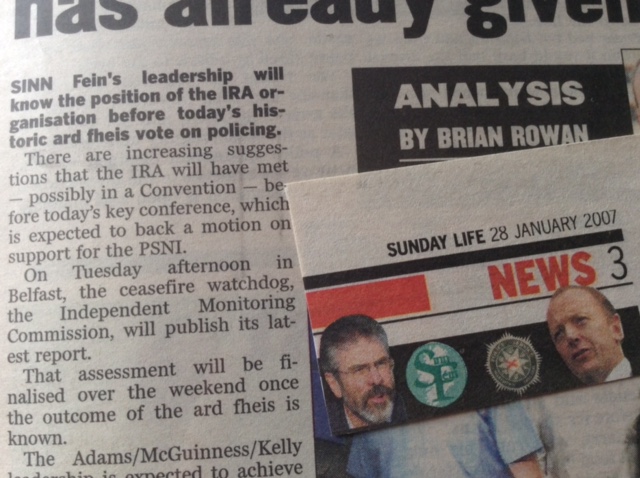 All of these things were out there – written, discussed and debated, and then allowed to fade as demands were made and unmade.

The real story is not the existence of some skeleton structure, but the sound of gunfire and the police assessment that IRA members were involved as part of “a fallout, a disagreement, a feud within the republican community”.

This is the context for the two recent murders.

The McGuigan killing was a reprisal for the murder of Gerard ‘Jock’ Davison – once one of the most senior IRA leaders in Belfast.

That killing was never going to pass without a response, and it is that response that has placed this spotlight on the IRA in 2015.

Gerry Adams is never going to convince the unionist community that “The IRA has gone away – you know”.

The focus now is on what is still there, why it is there, and who knew and didn’t know about the involvement of current members in the McGuigan shooting.

Hamilton has no information at this time “that indicates that Provisional IRA involvement was sanctioned or directed at a senior or organisational level within the Provisional IRA or the broader republican movement”. 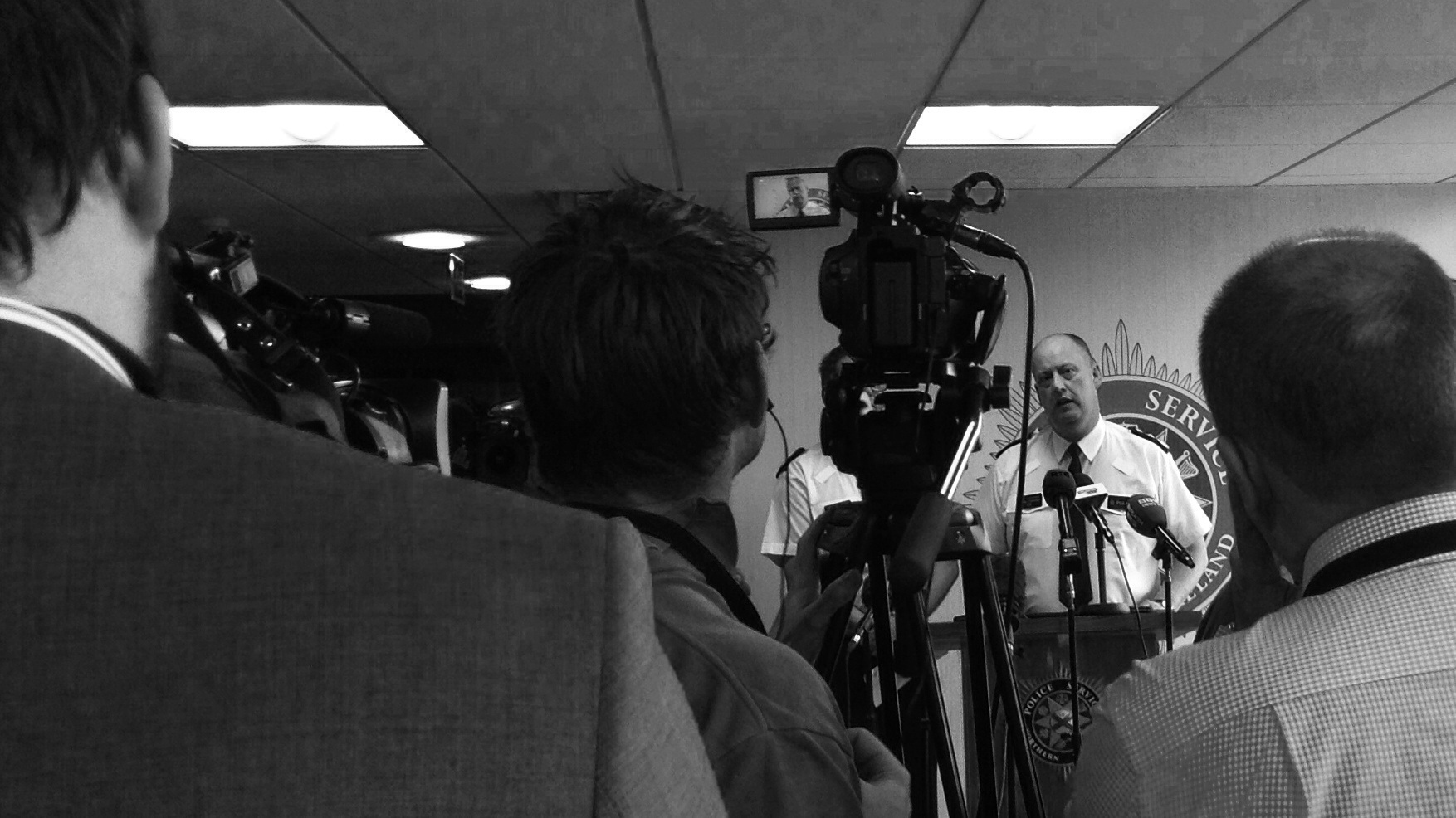 When republicans still occasionally talk about “the army” it is probably a reference to that structure that George Hamilton described a few days ago.

It is also worth remembering that it was republicans who very quickly ruled out dissident involvement in the McGuigan shooting.

We are not watching some “securocrat” play. Rather, in the settling of old scores, we are seeing what  can still happen more than 20 years after ceasefire.

Social share:
Previous Article‘Oh Gerry Boy, The Trees, The Trees Are Falling’ – By Jane de Courcey
Next Article ‘Have we the generosity to include each other in our shared future?’ – By Dr Michael Wardlow