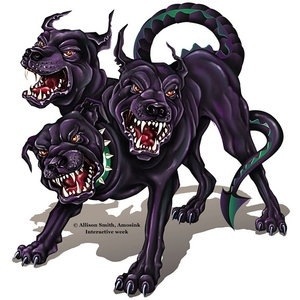 When US company Cerberus emerged as the successful bidder for Nama’s 850 strong portfolio of property loans in Northern Ireland, it appointed Brown Rudnick as one of the legal firms to act for it.

That company decided to hook up with Tughans Solicitors, in Belfast.

The managing partner of Tughans, Ian Coulter had worked closely with Brown Rudnick on other files historically and the international law firm considered Tughans an appropriate fit.

Brown Rudnick agreed to ‘share’ the Cerberus fee. Tughans’ legal fee is repeatedly stated to have been £7m. The accuracy of that figure is challenged by sources close to the Belfast legal firm. The solicitor at the heart of the controversy is reported today as stating the fee received from Brown Rudnick was £7.5m.

Tughans was obliged in all paper work to espouse each caveat of the US regulations governing monetary contracts, mindful of potential money laundering abuses and attending laws. Tughans is reported to have followed the letter of the law on this front in line with the contract template set out by Brown Rudnick.

This was pro forma and did not prove a problem in the contract signed between Brown Rudnick and Tughans.

Ian Coulter was left to address the appropriate files along with his back up team.

In law firms senior lawyers work on cases in isolation of fellow solicitors and without their specific knowledge. When Equity Partners meet to update on company business references are made to ‘live’ cases, but often just en passant.

Ian Coulter informed his eleven Equity Partners of the business coming down the line and in due course told them the deal had been closed and advised them of a fee lodged by Brown Rudnick in Tughans’ bank account in Belfast. Ian Coulter in a statement claims:

“The fees payable were paid into a Tughans company account supervised by the firm’s finance team.”

I have not seen the paper work. It is alleged however, that the Equity Partners in Tughans were told by Mr Coulter that the legal fee was lower than the fee which had been transferred by Brown Rudnick into Tughans’ Belfast bank account. I have heard the figure £1.5m. I have not had an opportunity to test Mr Coulter on any of this.

In the commercial world is there any law broken if individuals receive a fee for services rendered? This principle merits examination vis à vis those against whom charges are being levelled.

Tughans is disputing its former partner’s version of events.

I stated above, of the names shared by Ian Coulter with the eleven Equity Partners in Tughans, none was that of a politician.

If it is ultimately confirmed or proven any politician or anyone affiliated with a politician or political party was to gain from the Cerberus deal, that will have serious consequences. Use of political influence to deliver a financial deal in the interest of a chosen few would be suicidal for any politician.