You are at:Home»The Arts»‘Must every creative being be turned into a demigod?’ Actress Áine Ní Laoghaire on Amy Winehouse in the Irish Times
Social share: 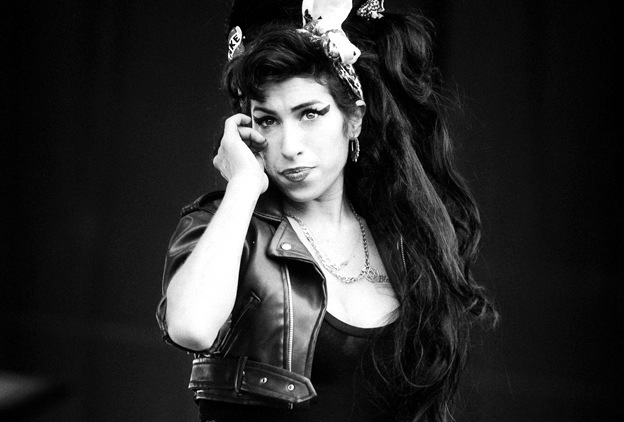 The only way to make any kind of real art, apparently, is to suffer for it. This is how a real artist lives, or so I’ve been taught. The artist as a black hole of despair, spinning art out of a state of destruction, passion and reckless abandon. A self-hating creative, driven by an unquenchable need to make masterpieces and then burn out, like a dying star.

It’s a sexy concept. Thousands of books have been written about Van Gogh’s ear, Marilyn Monroe’s death and Billie Holiday’s heroin addiction. Slinky starlets wear T-shirts portraying Kurt Cobain, Jim Morrison and Amy Winehouse, members of the famed 27 club – the age at which all of them died. Like most myths it’s an attractive idea to buy into.

But that’s exactly what it is: a myth. A concept we’ve invented to turn people who create into demigods. As a result the idea of one of us lowly ones making art, or even attempting to, seems absurd.

How could I possibly write, or act, or dance? If I’ve come from a nice home, with supportive, loving parents, and a relatively comfortable start in life, where do I begin? Do I have permission to make art? Or will everything I make be too pleasant and insipid? According to the trope, I have no great depths to plumb, no searing pain I can mine for inspiration, not even a touch of childhood trauma. How dare I even begin to think that I have anything great worth saying?

If I’m being told I need to find my voice, what’s my template? I could emulate the myth. I could move out, maybe into a squat, or a rundown apartment block (with optional New York-style fire escape). Take up smoking, and drinking, and drug use, or all three if I really want to expand my creative sense of being. Make friendships and have relationships with people who trigger all of my neuroses but make for great tall tales and drama, to be referenced later in writing. Stay out all night and turn up to rehearsals drunk, or hung over, but believe I can express myself beautifully despite myself. Begin to spiral out of control but maybe feel strangely glamorous about the chaos that is being created. Hit rock bottom and lament it all to who anyone who will listen.

That’s essentially the narrative we are fed about the greats. Life lived in nothing but big beats. But what about the gaps in between? The mundane hours that led to the celebrated work being made? What about the lives they really led?

There is rarely any discussion of the minutiae of daily life as an artist, dancer or writer. About the empty blank page, or the first line in a script to be read out loud. The tiny, terrifying steps it takes to begin, reshape and then present any type of creation to a casually dismissive world. But each of those tiny steps is where the joy lives – the strangely challenging joy that convinces us to search for the next change in pitch, to sit for hours waiting for the right word to arrive, to repeat a page of lines out loud over and over until something about it clicks and then flows. It’s that moment that gives you the momentum to push forward, further into discovery.
Some days it comes more easily, some days it doesn’t come at all. Those days are where the famed torture lurks. But the decision to keep searching, not the suffering, is what makes an artist. It’s not as seductive as a concept, the artist as hard worker, but it’s more approachable, more doable, than the artist as inspired genius.

The artist as craftsman seems dull, lacking in spark. But making art can be unbelievably boring and beyond frustrating. Learning off reams of difficult dialogue from a script is painful. Once you have them down you have the freedom to play, but you can do nothing without sitting down and repeating each single word, each separate line, until you dream the damn things. It’s similar in music, in design, in sculpture. We invest hours in unseen, unsexy work.

And we live in denial of these hours. We claim we never prepped the scene, we didn’t research the topic, we didn’t redesign the poster 15 times last night.
The human hours invested in work are the building blocks that anything celebrated is created from. They are where the real reward lies. An award is exciting to receive, but once you’ve won, what then? You’ve “made it” as an artist? Of course not. It’s straight back to the endless hours and the slog, the never-ending search for the next indefinable thing worth pinning down.
Let’s have that as our template instead. Artist as searcher, artist as worker, with an ethos and stubbornness to defy any demigod. To quote Jackson Pollock, “When I say artist I mean the one who is building things… some with a brush – some with a shovel – some choose a pen.”

Áine Ní Laoghaire is an actor and performer based in Dublin; a version of this article first appeared on thecoven.me, then the Irish Times.