You are at:Home»News & Current Affairs»Opinion»It’s not all hopeless argues Fr Martin Magill who works in North Belfast
Social share: 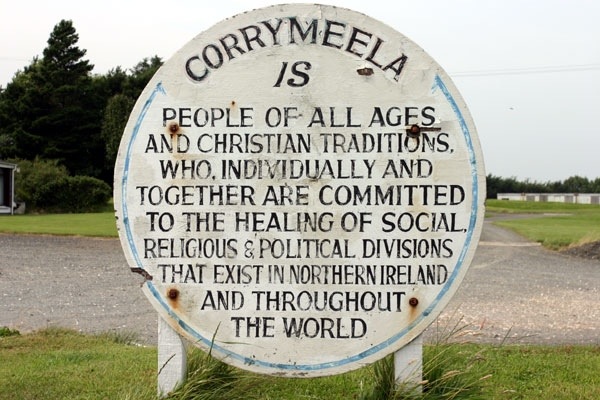 Former Secretary of State, Peter Hain as part of an ongoing series called “Uncomfortable conversations” in mid July 2015 (interviewed on radio the following morning here) argued that Northern Ireland was nowhere near reconciliation and the peace process had stalled. He referenced the recent violence in North Belfast as an indication of some of the unfinished business of the past.

Yet when we look at where we have come from to where we are now, enormous progress has been made. The North Belfast I live and work in is not the same North Belfast in which I went to school in the 1970s. More and more people from different religious and political opinion meet and get to know one one another in every day life. The building and developing of these human long term relationships will be key to reaching the tipping point to a society at peace with itself.

In addition to building these relationships, I want to suggest we all need to seek out opportunities which broadly encourage reconciliation and I would suggest we look at some of the events which have been organised over the next few months as one way to do this.

Writer and academic, Dr Gladys Ganiel sets aside space on her blog to give details of such events. In the course of the next two months or so, there will be events which will allow people to hear and engage directly with a variety of well known people in our society today. We will be able to hear from and learn about the Orange Order, Loyalism, Republicanism, the Church, the Media, the PSNI. People such as Baroness Nuala O’Loan, Gavin Robinson MP, Steven Agnew MLA from the Green Party, Peter Osborne, formerly from the Parades Commission, Alan McBride from WAVE are amongst those taking part in some of the summer time festival events.

These events in different festivals will be opportunities to hear and engage with people we may not often encounter beyond the media.

Dave Magee will be facilitating a “perspective on loyalism” as part of the Aperture Festival in Corrymeela in Ballycastle. Féile, the West Belfast will be hosting a number of reconciliation events including one in which Chief Constable George Hamilton discusses with Deputy First Minister Martin McGuinness “will the questions of the past be answered?”. The festival also includes input from Orange Order chaplain Rev Mervyn Gibson and Presbyterian elder, Dave Thompson who will be reflecting on the Proclamation in what he has titled: “The Proclamation for Prods”.

One of the main “reconciliation” days in the Autumn will be International Day of Peace on Monday 21 September. This UN day was first observed in 1982 but for the most part, with a few exceptions there has been a very low awareness of it in Northern Ireland. That looks likely to change this year with events planned in Derry/Londonderry, Bangor and Belfast to mention only a few places. On International Day of Peace, the Community Relations Council will launch “Community Relations and Cultural Awareness Week” which begins the following week on Monday 28th September with around 200 activities to encourage good relations and greater awareness of a growing multiculturalism.

Whilst there are clearly issues still needing to be resolved as recent unrest has clearly shown, the violence is far from being the full story, instead there are increasing signs of courage and creativity showing that reconciliation is beginning to take root.