You are at:Home»News & Current Affairs»Opinion»‘Bushmills – A village half full and half empty’ – by Brian Spencer
Social share: 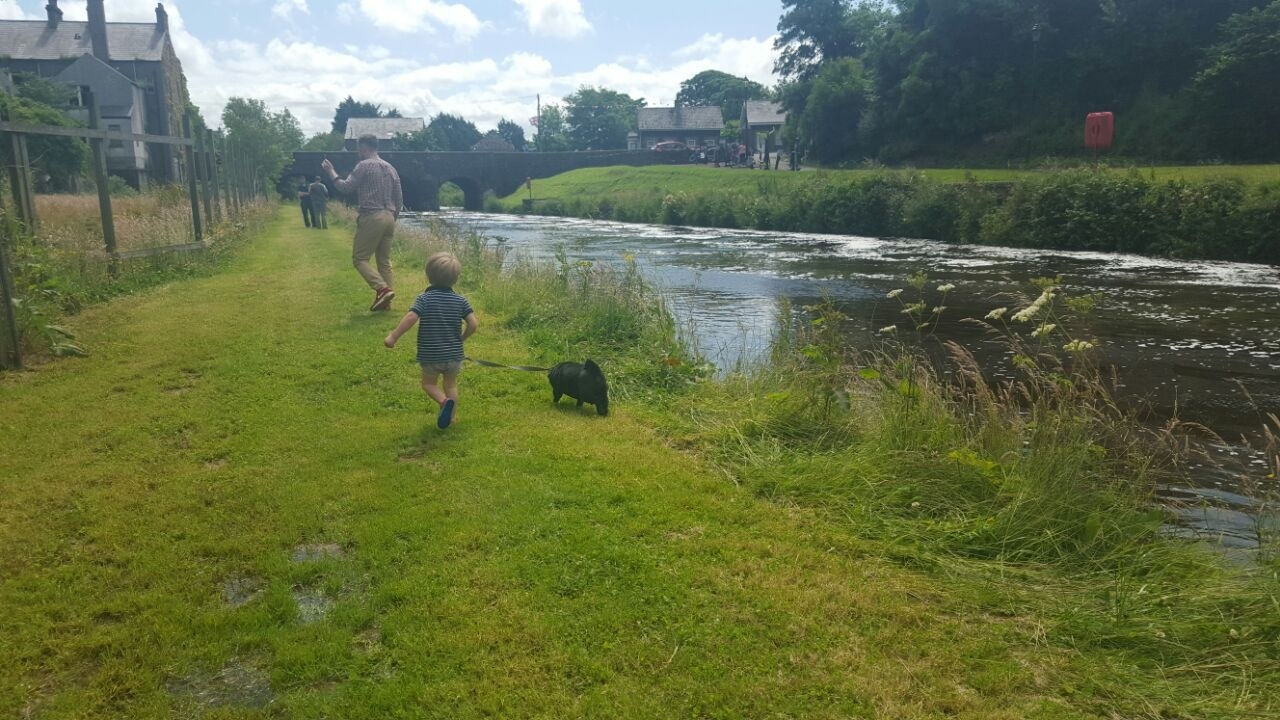 Growing up, if I wasn’t in Belfast I was in Bushmills. My father’s hometown where his maternal forbears, the Blairs owned a freehold and farmed livestock. Now all gone save for a dilapidated bungalow in a field; but the umbilical link to the land and mental estate is deep and abiding.

When I was little I sat with my COI grandmother and she rattled and regaled in her “planter’s patois” of Finn McCool and amazing tales and local lores. We the “wee childer” could hear the “hidden Scotland” in her “Northern Ireland speech”. In Heaney’s words “It was independent, rattling, non-transcendent, Ulster – old decency, And Old Bushmills.”

When you visited the air was different, time stopped as it does in Donegal. It was a place of stories and history, it had extraness; it was truly Irish.

Bushmills, as a youth, it was entirely normal, it just was.

Now it’s complicated. As an adult the magic remains, but I also see a village that captures in small the large and complicated Northern Ireland in which we live.

Drive through Bushmills and there’s an abundance of flags. Instant confusion. Bushmills is a place and product known around the world, like Guinness, a byword for Irish.

Bushmills is a synonym for Ireland, yet the symbols are British. (Though the flags are more Hillsborough than the Shankill, presented a little more tastefully.)

Bushmills is the Northern Ireland identity question in small. I often say, I’m like Bushmills: British and Irish. I know people from the area and they’re the same.

The Bushmills Inn Hotel, the crown of the town, is like a pub from the west of Ireland. It’s de Valera’s “Ireland that we dreamed of” made real. The smell of peat, the pouring of beer, warm fire-sides, book shelves piled high, pictures of local industry, sturdy youths pulling pints and serving malts. From the bar you can see a Union flag and the faces of great Ulster-Scotsmen. This radical and confusing contrast is Northern Ireland.

Alex Kane has said people who claim to be British and Irish suffer from a multiple-personality disorder. Irish republicans say you can’t be a monarchist and Irish. Both prescriptive and authoritarian.

It’s perfectly normal to be comfortably Irish and confidently British, the two are not mutually exclusive. Bushmills shows this.

I took a trip to Bushmills on July 19 and did as I always do, parked by the river Bush (the river that gives the village it’s name and source water to the distillery) and walked the grassy verges looking at the glistening water and admiring the patient anglers. I see the Orange Lodge. In the rearground an old mill. These sights all second nature from my youth. I look into Bush house, the pub of great curiosity to me. Proper local, untouched by the commercial hand with its living room authenticity, stocked full of leathery locals.

I did a periscope to air my confusion, talking identity and flags. The responses were varied. Two stood out: the flags of Bushmills were “intimidating”; the flags were “detrimental” to business.

It reminded me of the Irish Times feature, ‘Never Been North,‘ from 2014 when southerners went north and talked about their trip. Tony Sheehan from Schull, County Cork, made it to Bushmills. He said:

“It was intimidating to see such a heavy display of flags [in Bushmills]. You wouldn’t see that in England. We got a bit anxious driving a car with southern registration plates and not knowing whether we should stop.”

As I thought about this I went into the centre of the village, past the chipper, the untouched green-grocers, the gift shop, past the war-memorial – all the while cars were streaming by – and past the Copper Kettle, that famous cafe. I took myself to one of my favourite places in the world, the Bushmills Inn.

Overhead were British flags, in front of me was the Ireland of popular imagination. I asked: is Bushmills intimidating? I said simply: Bushmills is synonymously Irish, symbolically British. It’s not intimidating, it’s confusing. And that’s Northern Ireland, made difficult by the puritans on both sides.