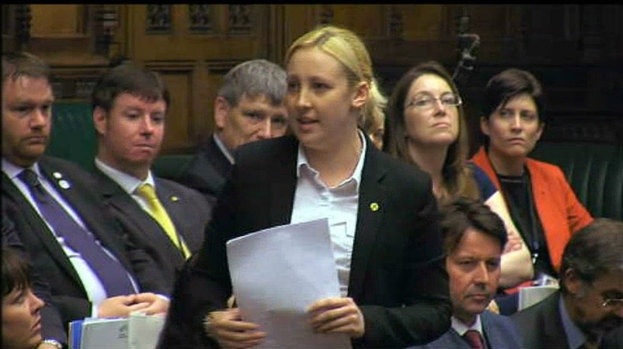 The riveting speech lashed the “out-of-touch” Tories, austerity and called out for opposition unity with an inept Labour. In quoting her personal hero Tony Benn, she took the opportunity to challenge her fellow MPs to be “signposts” that are “true, tall and principled” and not “weathercocks” that “spin in whatever direction the wind of public opinion may blow them, no matter what [the]…compromise.”

The country’s youngest MP was applauded in Commons and hailed online, burning the notions of her incompetence that her critics have worked hard to establish.

In the weeks since the election the Tories have already outlined their plans for further cuts to the welfare budget. Labour, remaining slightly dazed post-election, have been attempting to re-establish their ideological feet a little further right than under Ed Miliband. Both main parties have faced the usual serious analysis.

Meanwhile, the SNP’s reputation has been jumped on by mainstream tabloids and media since their arrival in London. They’ve been blasted as “yob MPs” whose “puerile antics” include “carousing in Commons bars and scoffing subsidised junk food in its restaurants.”

Black even found herself criticised for enjoying a chippy and some kola kubes, which one rag stereotypically labelled “a quintessentially Scottish lunch”.

Black is no stranger to smearing though. Before the 20 year old had even won her seat, the media were dredging her social media timelines for anything they might use. Although for all the digging, they found Black to be a rather typical British teen who, God forbid, has opinions and enjoys a drink. Regardless, her teenage tweets were cast up as ‘exclusives’ in a vitriolic parade for the public – who turned out to not care much.

It’s all quiet on the western front today, though, as Black’s speech is shared and shared again online, views now in the hundreds of thousands. The draw of the speech is not merely the scathing boldness of its political statements but its authenticity. Watched following the robotic oration from other party’s leaders earlier in the year, the heartfelt passion of Black comes across extremely human.

Ruffled feathers of over-settled high-brow parties aside, Black’s voice and concerns are resonating not just with her constituents but with working people and disillusioned Labour supporters UK-wide. Her speech, given the attention it is receiving, will be the subject of many grassroots conversations over the coming weeks.

Who knew that it would be Parliament’s youngest that would set the example and ring the fiery opening shot of the opposition in Westminster’s jaded halls?