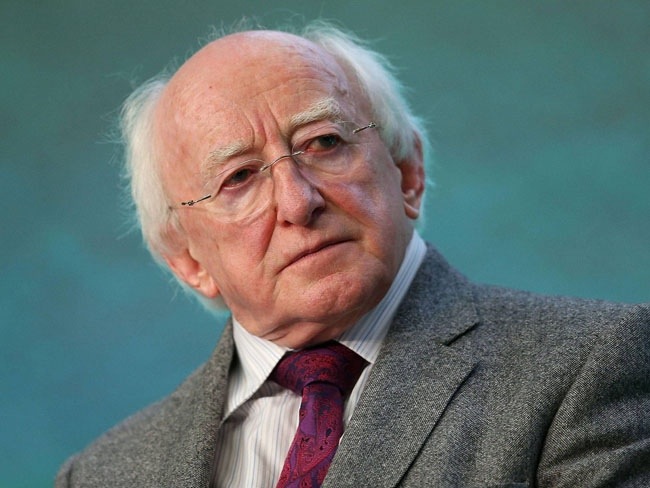 The Irish government recently published the ‘Global Irish – Ireland’s Diaspora Policy‘ . This is an important and innovative document. It poses a question and perplexes. The question is this: what can we learn and apply from Ireland’s diaspora to Northern Ireland?

Here’s what perplexes. The people of this our shared archipelago are so much the same, yet are so much different. Never mind history, the two islands are split indivisibly by political philosophy – monarchists against republicans.

On the northerly corner of Ireland there exists Irish monarchists, perhaps not much more than half a million on an Ireland of 6.4 million.

Like oil and water, their political philosophy is radically incompatible with that of their fellow islanders. The two belief systems are political polarities, there is no middle ground. Like theism to atheism.

In spite of this political absolutism, throughout the 20th Century hundreds of thousands of Irish left the republic for its neighbour Monarchy.

The British bound diaspora is Irish, are they British too? Do they become unionist? Do they lose the bellowing anti-British grievance and enmity that is inherited at conception?

Ireland played a friendly against England at the Aviva Stadium in Dublin on June 7 2015. Wayne Rooney was asked if he ever thought about playing for or had any difficulty playing against the Republic of Ireland. He said that he is English through and through and has no issue with trying to beat Ireland. He added:

“I have Irish grandparents, so if they wanted to play for Ireland I’m sure they could have, but it was never something I thought about.”

Unionists in the Irish Free State after partition simply stopped being unionists, taking to “the posture of Larne Catholics.”

Did and do the waves of Irish to Britain become British? Do they lose their Anglophobia? With Rooney’s example, it seems so. They even lose that instinctive grievance.

A quick query on Twitter garnered this response: “You’d be surprised. Most of my dad’s family moved to London and became as British as can be.”

Are they just British, or Irish-Britains as Irish-Americans? Can you see why I claim to be perplexed? I am also perplexed by an arbitrariness and a degree of hypocrisy.

Like George Bernard Shaw, my forebears came from England. Like Shaw, I also grew up aware of an axiomatic antipathy to England and Britain, and an Irishness defined by how one is “Not British”.

I’m a Planter in Pearse’s Ireland, carrying the planter’s burden. Yet there follows three points.

One, as much as Ireland has been planted, the Irish have planted themselves around the world which has included the oppression, aggression and dispossession of others.

Two, those who have left Ireland have quite happily put themselves under the British crown. Not just Britain, think the Commonwealth realms of Australia, New Zealand and Canada – all full of Irish. Even when they have gone to America, they are living in an imperialistic republic; that character trait of the British the Irish hate so irreducibly.

Three, the Irish-born and Irish-descended in Britain and the Commonwealth realms – who vastly outnumber those on the mother island – appear perfectly able to accommodate themselves to life under British culture or the direct result of British colonialism. The anti-Britishness is suddenly soluble.

Michael D Higgins recently spoke about the future of ireland in strictly and irrefutably republican terms grounded in the 1916 event. This alienated me instantaneously. I cannot deny my inheritance. Does Ireland only value it’s republican children?

As stated, the two belief systems of monarchism and republicanism are political polarities, there is no middle ground. Like theism to atheism. Perhaps this is why the founder of Sinn Fein advocated a Dual Monarchy.

The lesson of the diaspora is that the Irish aren’t splenetically opposed to the crown and British history and customs. If we are to have an Ireland indivisible why do the most patriotic make the goal so difficult?