You are at:Home»News & Current Affairs»Opinion»Is it moral to recruit people already with blood on their hands and put them on the payroll of the state? – Asks Kyle Paisley
Social share: 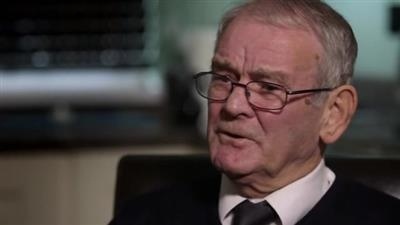 Britain’s Secret Terror Deals was compelling viewing, and an excellent piece of investigative journalism by Darragh McIntyre. It was thorough. It was convincing.

Although people in Northern Ireland are well acquainted with the controversial issue of collusion, it can do no harm to keep the matter before them. Fresh revelations will strengthen the desire and drive for truth and justice – two basic human rights. The programme will also have been an eye-opener to viewers on mainland Britain.

The scale of the problem last Thursday’s Panorama highlighted was perhaps greater than many suspected. It is apparent that Catholic and Protestant civilians, members of the security forces, members of the judiciary, and pressmen also were victims not only of terrorism, but of wilful and persistent cover-up by the powers-that-be.

Nobody should doubt that intelligence is a vital tool in combatting terrorism, or that the best intelligence comes from inside terrorist organisations. Hence the need to infiltrate armed groups. The argument runs thus – “Agents and informants are recruited to save lives.” Gathering intelligence is a necessary job and a dangerous job. But why should it be dirty job too? How can it be right to recruit people who already have blood on their hands and put them on the payroll of the state, while they continue to be involved at different levels in terrorist activity?

It is sickening, even maddening, that authorities would have done anything to keep the truth about their agents from coming out. They deliberately hindered those who were charged with getting at the facts, and by so doing deeply insulted the families of the dead. The programme spoke of a “wall of silence” and the “failure to release crucial intelligence files.”

Alan Black, the only survivor of the Kingsmill massacre was given a whole host of feeble, cruel excuses as to why there were no convictions for this brutal sectarian slaughter. Files were destroyed by fire, flooding, an explosion. Some suffered “asbestos contamination.” His own witness statement was lost. Then it was recovered. There was an obvious obstruction of justice. The only reasonable conclusion is that the state has been protecting an agent.

This is not the only outrageous thing exposed by McIntyre’s presentation. The rifle used in the 1992 betting shop massacre on the Ormeau Road, was supposed to have been “destroyed” after being “recovered by intelligence” by the police. But as we learned on Thursday, it became a museum piece in London. It is no wonder that people don’t trust the authorities.

It has come to something that the state is even prepared to cover up the murder of security forces. It was a state agent inside PIRA that helped devise the weapon used to murder a gallant RUC officer, Mrs Colleen McMurray, in Newry. The same agent (who could not answer Darragh McIntyre when questioned if he had himself been involved in murder) informed the authorities about the person who had the device and that person’s preparedness to use it. But all evidence from the murder scene disappeared along with a police log book recording threats. How could that have happened? Only a fool would believe it happened by chance!

There are some practical conclusions to be drawn from this tragic business. Firstly, the end does not justify the means. Lives should not be sacrificed for the sake of information. Next, no employee of the state should have impunity who ought to be prosecuted. Finally, the government must act urgently to rectify, if at all possible, its grievous faults. Its abject failure, thus far, to do what is right, has “polluted the political atmosphere” as Dennis Bradley would put it.

Isaiah 59:14: “And judgment is turned away backward, and justice standeth afar off: for truth is fallen in the street, and equity cannot enter.”