You are at:Home»News & Current Affairs»Opinion»Why are women treated so badly by men in some political parties? By Kyle Paisley
Social share: 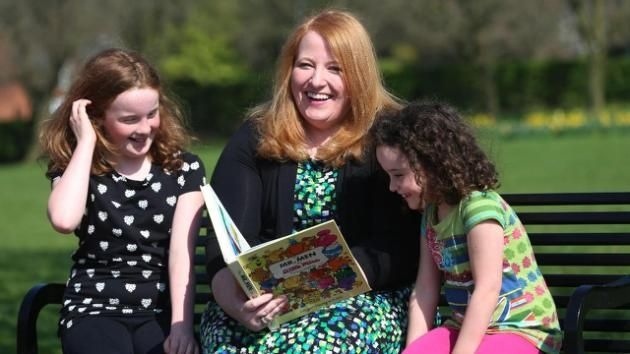 What is it about some politicians and parties when it comes to their treatment of women?

It’s a while ago now, I know, but at the time David Cameron irritated not a few by his response to Angela Eagle in a heated Commons debate. His exhortation – “Calm down dear” – was described then by Harriet Harman as “contemptuous” and “patronizing” and reflective of “an outdated attitude to women.” It is to Ms Eagle’s credit that she did not retaliate.

More recently, the DUP leader was criticized for his response to Naomi Long’s claim that East Belfast was “no longer a fair fight.” There was a good measure of justification for the sitting MP’s claim. After all, the DUP in that area is so unsure of itself it needs the help of a third party to give it a fighting chance. Its lack of confidence, coupled with the wounded pride that remains from its defeat in 2010, led to this retort from Mr Robinson – “Dry your tears away – you’re going out.” Thankfully, Gavin Robinson had enough wit to distance himself from his leader’s comment.

Even within the parties that they serve, some women have received a raw deal. For example, despite her vindication by a recent report into the Red Sky affair, Sammy Wilson continues to justify the DUP’s disciplinary action against Jenny Palmer. Apparently she was wrong for telling the truth, and those leading the inquiry were politically motivated. A classic piece of bent reasoning! Nelson McCausland has been found to have acted “inappropriately”, but still thinks he has done nothing wrong. Stephen Brimstone has declared his innocence. Guilty parties act as though they are innocent, and the innocent party, a woman, is treated as though she were guilty.

A far more serious case of the unjust treatment of women is seen in the Maíria Cahill saga. Some in the republican community have been cruelly dismissive of her claims that she was raped by a senior IRA figure, and later subject to a most stressful interrogation by the IRA. Critics have attempted to impugn her testimony by claiming she is a dissident with an axe to grind against the mainstream republican movement, because of their stance on policing. But her defence has been clear and robust. She is on record as saying – “I completely support the rule of law and order, North and South. I attended a meeting with a solicitor and a barrister in 2009 to give information in relation to a suspected Republican money laundering operation in West Belfast.” (www.thedetail.tv/go/1024).

It must be said that not every republican doubts Ms Cahill’s claims. Sinn Féin’s Martin McGuinness says he believes her when she says she was raped. However, the whole saga has not yet been brought to a satisfactory conclusion. Cahill has said that while she has no interest in attacking Sinn Féin President Gerry Adams, yet meetings with him were “pointless, because there was no resolution.”

That there has been a dragging of feet on this issue was acknowledged – albeit reluctantly – by Michelle Gildernew. Gildernew had suggested that victims of abuse were a means to an end for those who have an anti-republican agenda. In response to a stinging rebuke from Cahill, the Sinn Fein MP has said – “Victims of abuse have been failed in the past, including by republicans.” In point of fact, they are being failed in the present. But perhaps Michelle Gildernew’s comments signal an end to that. Let’s hope and pray they do.

In the final analysis, Unionists and Republicans at every level, and in every situation, are duty bound to treat women with the respect they deserve.