You are at:Home»News & Current Affairs»Opinion»Ulster Said Yes, will the rest?
Social share: 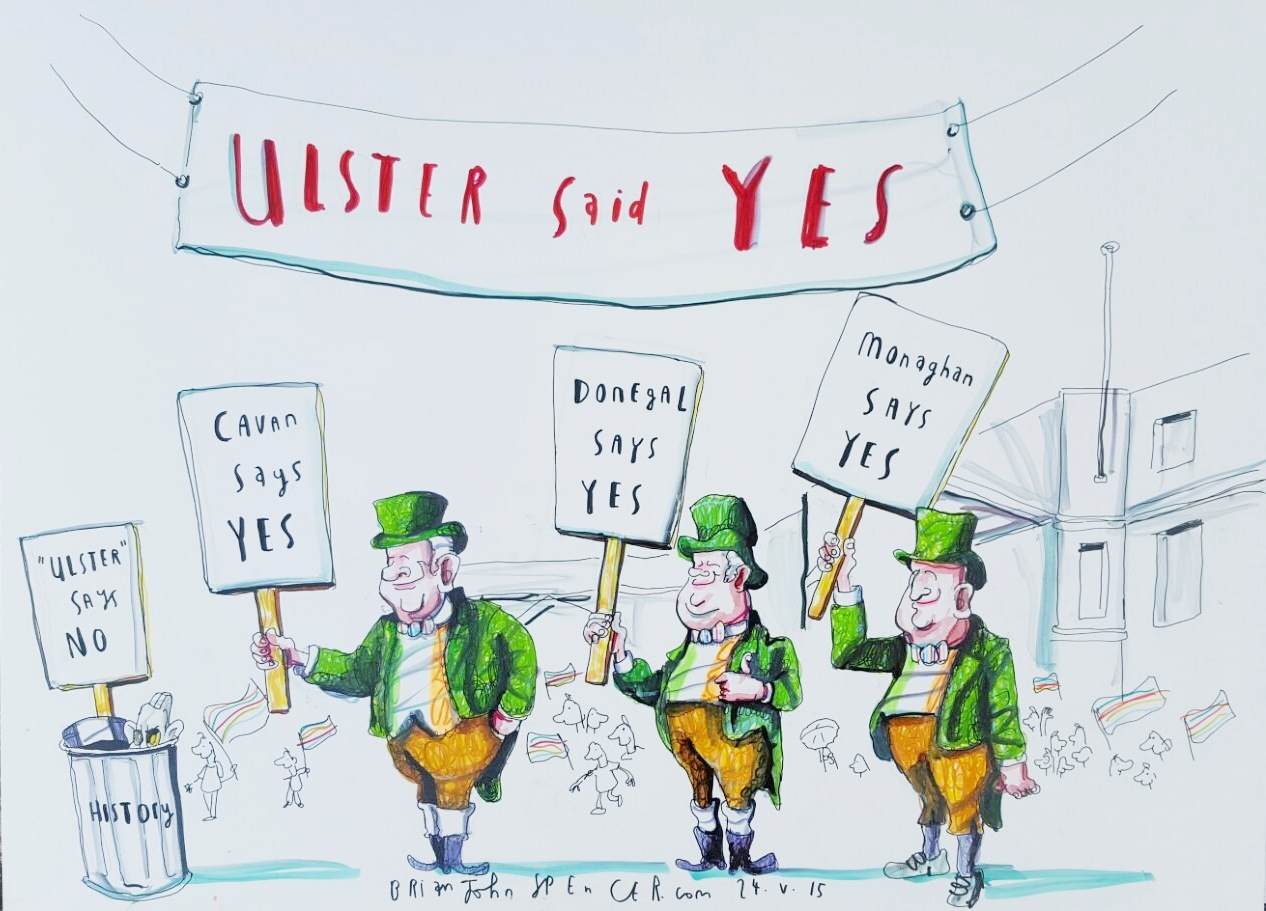 Ireland’s equal marriage referendum rolled in on an irresistible wave of optimism, breaking and unleashing euphoria around the island and across the diaspora.

It was infectious and invigorating to witness the event. It upended the mental furniture, watching constitutional change of such magnitude made law by force of popular vote. The unanimity, and humility of the plebiscite ramified the consciousness. One from fourty-three constituencies voted NO.

It was like a blast of a trumpet, executed by the many and not the few – a sounding to the world that Ireland is not only open for business (as the best little country to do enterprise), but is a country open to everybody; irrespective of colour, creed, confession or sexuality.

Ireland is running forward, confident in its own skin, free of Celtic Tiger pretensions. Ireland has set out its stall: a modern, liberal and cosmopolitan bridgehead nation reaching and leading the way into the 21st Century.

As emotive as the occasion was, I was envious. Contrast the unanimity and humility of the south with the north: remarkable. Looking down from this sterile, sectarian pene-exclave – that “empty space” in the mind of the modern and worldly Irish – I felt and feel ashamed and embarrassed.

Amnesty has called Northern Ireland the “last bastion of discrimination.”  A “discriminatory backwater” ruled by a minority evangelical class. Even loyalist-courting Mike Nesbitt knows the DUP have to reconsider their policy of total veto.

Born a unionist, I am confident in my unionism, in spite of political unionism. My heritage is not their record of misgovernment and discrimination. I can point to a shared history of progress and tolerance to support our archipelagic super-group.

Yes I bear a “burden” of kind by my planter inheritance, but good and accommodative government can remedy sores.

No more. When Ireland’s pro-Union politicians stand so starkly against progressive London government, there is no excuse.

And this is what Mullally and O’Toole have politely, but disastrously unhelpfully, skirted past. There is a gaping divide in Ireland and on these islands.

There is a thick religious veneer over central and local government. Northern Ireland remains religious and conservative in both the rural and urban spheres. There’s a weird hyper-trendy evangelical strain in youth culture that straddles the latest trends with Old Testament biblicalism.

How would Northern Ireland cross the plebiscitary line if we got a vote? Hard to say; but if there was a Yes, it wouldn’t score anywhere near the same margin of comfort our southern brothers and sisters enjoyed.

But the great historical irony and takeaway from the May 23 2015 vote was that those Ulster counties who voted – Cavan, Monaghan and Donegal – voted YES.

It is a thumping strike against the outrageously inept slogan ‘Ulster Says No‘, something that will loudly standout in Northern Ireland’s rather inglorious history.

Northern Ireland is walking a funny line at the moment, bubbling up with over-statement and over-reaction, as they the religious once again cry wolf that Christians are being persecuted; when all in fact that is being asked is that a minority be able to enjoy the same rights and privileges they themselves enjoy.

Of course, all the religious indignity and lost arguments of the past are forgotten, and the arguments and hysterics are repeated and bleated out.

I’m for the liberalising and secular tide of history and the upward arch. Northern Ireland needs to wake up and suffer a “reality check“and realise the reputational injury it’s causing itself.

Northern Ireland is on the wrong side of history, but as Ben Lowry said, and I’ve said many times before, equal-marriage will come to Northern Ireland, one way or another.

Social share:
belfast Dublin DUP equal marriage gay marriage Northern Ireland Ulster Ulster says no
Previous Article“‘Equality’ is Godless Communism by the back door” declares Jamie Bryson
Next Article How damning is it that it takes the First Minister to become ill for collective civility to break out?