You are at:Home»News & Current Affairs»Opinion»“The party may die’ warns Kyle Paisley in a commentary on the case of DUP whistleblower Jenny Palmer
Social share: 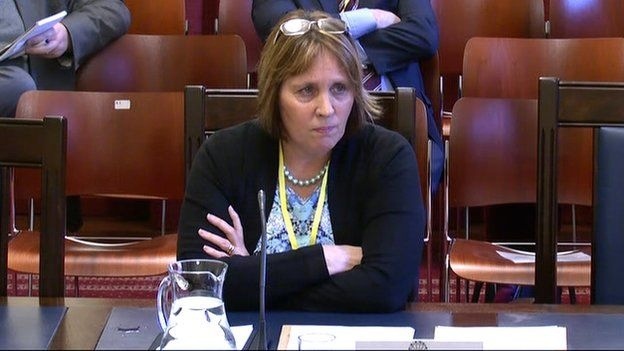 The Red Sky controversy which has rumbled on for the last two years may never be brought to a satisfactory conclusion. Nevertheless, it has exposed what Seamus Close has rightly described as “a nest of vipers.”
It seems that from the moment Jenny Palmer became whistle-blower, the DUP had it in for her. There was never any honest intention on their part to face up to their wrongdoing, but every intention to humiliate someone who actually cares for the party’s character and reputation.

Their behaviour is a mass of hypocrisies.

They wanted to discipline Mrs Palmer for telling the truth, but they themselves refused to recognise the truth.

They wanted to make her the subject of an internal party inquiry, but were in denial as to the findings of the DSD Committee Inquiry, which inquiry was not partial, but broadly representative of the Assembly.

Nelson McCausland was proudly dismissive of the DSD inquiry, casting it off as “not worth the paper it was written on.” It wasn’t true – it couldn’t possibly be true – that he had acted inappropriately! Obviously Nelson’s eye is out. Self-inflicted blindness!

There is the touch of a supreme pontiff about some DUP Assemblymen. They can only ever speak the truth. They can never be wrong in their pronouncements. It’s others who are wrong and they intend to let the world know! Or we could put it this way – the party is the church, and infallible at that!

Here is another glaring hypocrisy. The DUP cry “persecution” when their sin is discovered, but turn persecutor against a woman whose loyalty to the party is unquestionable and whose actions in this whole unhappy business have been appropriate and honourable from the beginning.

It wasn’t bitterness that led to Jenny Palmer’s decision to expose wrongdoing in the Red Sky affair. It wasn’t bitterness that led to her resignation from the DUP. She took the decision with “a heavy heart.” And she didn’t tar all within the DUP with the same brush, but said – “The party has been good to us, the party is a good party and it works really, really well…It’s individuals within this party that are bringing this party down.”

Individuals who must have had a conscience by-pass, and who occupy places of great importance, is just the problem. They have little, if anything, of the milk of human kindness. They would bully their way in government, even at the expense of their reputation and their party’s reputation. They would treat fair as though it were foul and foul as though it were fair.

If you tell the truth, they treat you as though you were a liar. If you are evasive they may well honour you.

Who will stand up and speak out against corruption? One wonders if there is a real man left, who will draw on the grace of God and do what is right. There needs to be contrition – repentance in sackcloth and ashes – and there needs to be a purging of the leaven. Until there is, the DUP’s authority and credibility will continue to wane. If there’s not a change of heart, and the action that goes with it, the party may die.

GOD, give us men! A time like this demands
Strong minds, great hearts, true faith and ready hands;
Men whom the lust of office does not kill;
Men whom the spoils of office can not buy;
Men who possess opinions and a will;
Men who have honour; men who will not lie.
(Josiah Gilbert Holland)

Social share:
DUP Jenny Palmer Kyle Paisley Red Sky whistle-blower
Previous Article‘Gerry Adams and Prince Charles make it a draw with mutual apologies’ by Brian Spencer
Next Article Must politics always be about ‘our side winning?’ Dave Maley rips open this Northern Ireland can of worms…