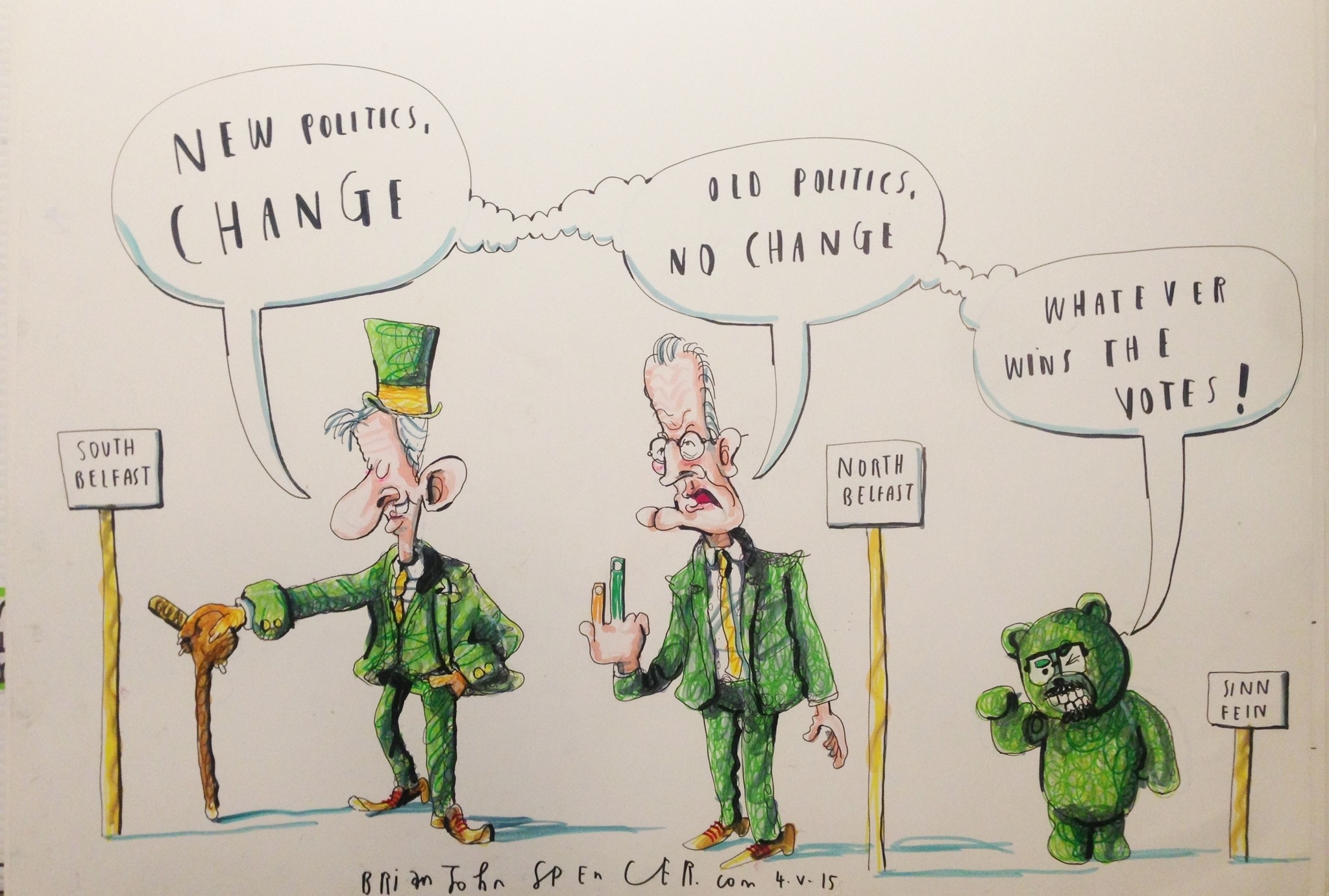 Máirtín Ó Muilleoir is striking on many levels. Inimitable for his energy and ubiquity, online and offline. His personality for a politician is something off-norm. His mayoralty of Belfast set precedent after precedent, broke barriers and and brought a new prominence to the Office, and to himself of course. He is a business owner of considerable means and reach, with a network of contacts that spans the globe and pulls power and spend potential back to the northern capital.

Oh and he’s a Shinner too.

That’s what makes things difficult. Máirtín plays with your mind because he inverts every label, cliche and prejudice we apply to and expect of Sinn Fein. 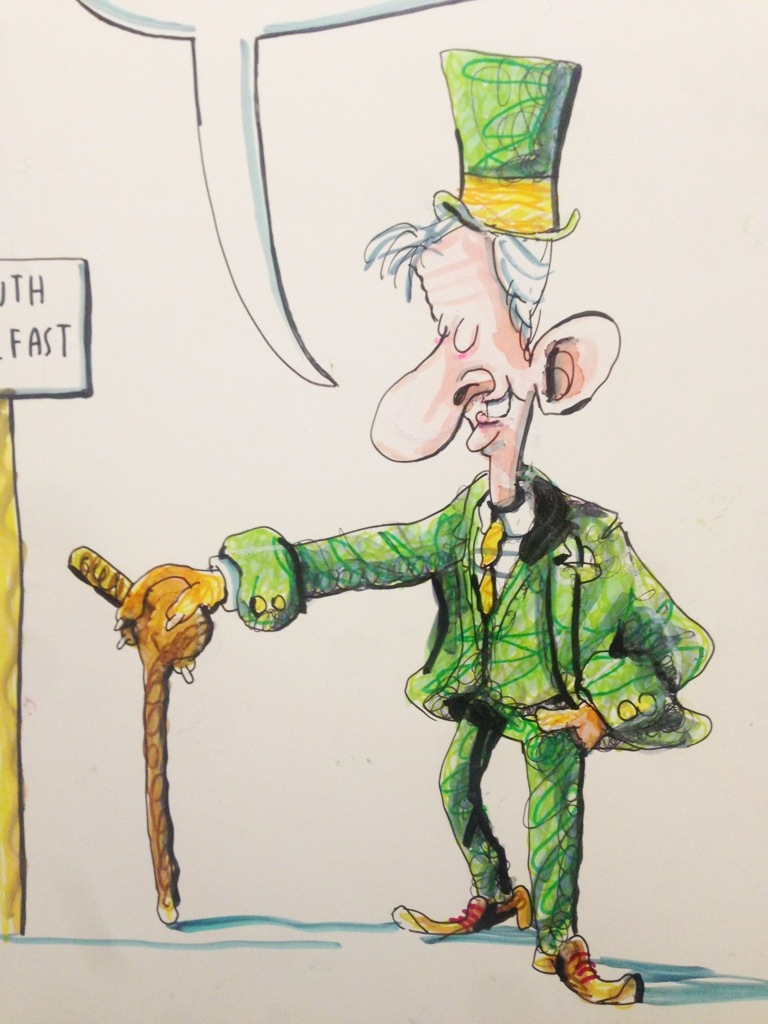 I’m a placenta protestant and inherited the inviolable ordinance from family and peers that Sinn Fein were an irredeemable ill.

Yet this party that stands for “toxicity” is swaddled in popularity. There is an inconsistency, and so It would be Orwellian of me to denounce Sinn Fein without thought or explanation.

Sinn Fein has a sizeable mandate and many voters; a good few I know, who are altogether normal and civil, in contrast to the knee-top narrative. Because of my upbringing I always wondered, like this person, ‘Why Do Nice People Vote Sinn Féin?’

I still don’t totally understand the appeal of Sinn Fein, but I do understand that Sinn Fein appeal to many people. Irrespective of its dark underbelly, to all the world but hardline unionism Sinn Fein isn’t the IRA anymore. The propagandised parroting of “Sinn Fein-IRA” convinces nobody of anything but of the irrelevance of old-time unionism.

For many people Sinn Fein has nothing to do with violence but is a progressive party of the left, a bulwark against austerity.

“Sinn Fein has changed and is continuing to change: and Mairtin O Muilleoir is a classic example of that change.”

But Mary Lou espouses more hard line, belligerent rhetoric; that the IRA were “decent people”, that IRA violence was “necessary” and that “maybe” she would have joined the IRA if the timing was better.

Máirtín has uttered Provo-like rhetoric in the past, but nowadays will dip and dive to keep conversation and questioning on message, which is of course: “change” and new politics. He’s scrupulously on-script.

Such is the package and value proposition of Máirtín that I was tempted, going against everything I’ve ever known, to vote Ó Muilleoir and give a vote to Sinn Fein. I’m not the only protestant born voter who feels affection for Máirtín, Peter Edgar and Neil Hutcheson said similar to May2015.

However this was all destroyed the moment my eyes touched sight of Gerry Kelly’s election leaflet. 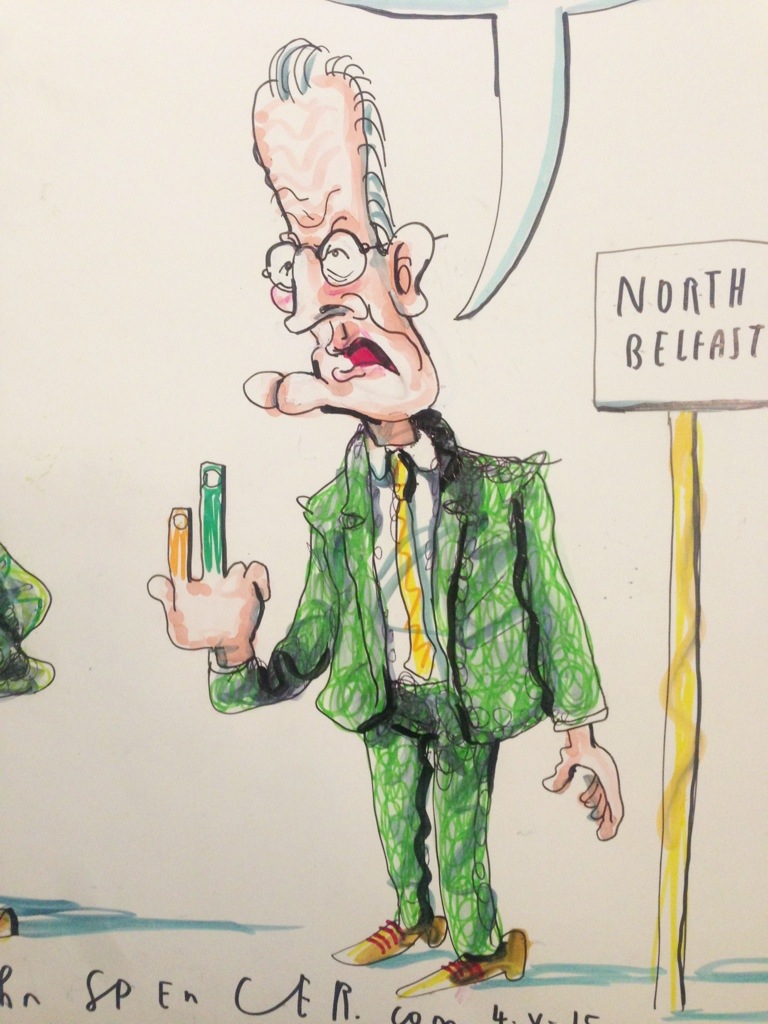 I felt taken for a fool, naive and credulous. The media has allowed Sinn Fein to paint itself as uniquely equitable and free of sectarianism, and unionism as singularly regressive.

But it’s whatever gets the votes.

The south Belfast insurgent has implicated himself twice in sectarianism.

Firstly, we all know about the Bonapartism of Sinn Fein, the top down rule that keeps everyone is on-message. So this sectarianism exhibited by the leaflet isn’t just Gerry Kelly’s but the party’s.

Secondly, what was worse than Sinn Fein conceit and hypocrisy between south and north Belfast was the fact that Máirtín’s paper held a full page spread of Kelly’s Green over Orange graphic. Talk of duplicity.

This is the cynical editorialisation of election messages, tailored to meet the palate of differing postcodes and social gradients.

In south Belfast I am politically orphaned by unionism and deceived by the bogus equality rhetoric of Sinn Fein.

Perhaps I’ll take the Alex Kane mantle and not vote.