You are at:Home»News & Current Affairs»Opinion»Does the Irish rain make us all Irish? Brian John Spencer looking into his soul
Social share: 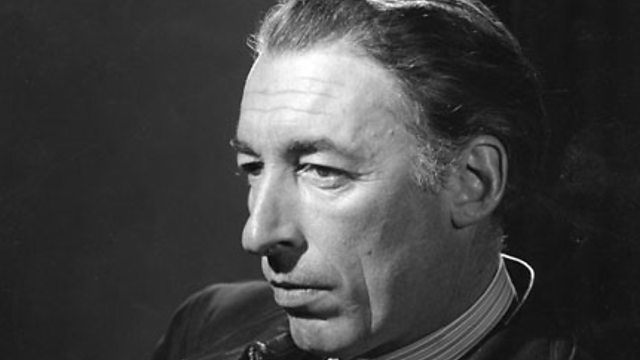 “In the beginning was the Irish Rain” wrote Louis MacNeice.

Following the historic handshake between the head of the republican movement and the Commander-in-Chief of the Parachute Regiment, Fintan O’Toole wrote an eloquent and vigorous article in the Guardian, ‘Ireland is facing its sectarian past – now it’s England’s turn.‘

The premise: while we Irish are inclined to overdo history, the English under-consider it.

Under this banner came was a subtle, yet more salient observation, a potent comment on the Irish Identity Question. Fintan O’Toole wrote:

“There is a serious, long-term questioning of the notion that Irish identity is coterminous with Catholicism. This is far from an accomplished thing, but even now there are very few Irish nationalists who don’t know that they must, somehow, find a way of expressing what they believe in a way that includes, and appeals to, Irish Protestants.”

In writing this the Irish Times drama critic has homed in on what is simultaneously the greatest anachronism and one of the most contemporaneously pressing matters of today. The question of what it is to be Irish. This is the key question, in this the year of thee centenary, to the future of this and these islands.

The Irish have shown themselves to be uniquely decent people, so Fintan said.

Sinn Fein and nationalism present themselves as a uniquely progressive front, liberal and unremittingly tolerant. Yet this pro-nationalist grouping allows a prescriptive, prohibitive and puritan idea of Irishness that precludes certain customs born on this island.

The notion of being “proper Irish”, as against us planter blow-ins, was a principal plank in my consciousness growing up.

As Heather Crawford said, a narrative existed and exists that said “protestants cannot be quite Irish.”

This is nothing new. Maurice Fitzgerald, an Anglo-Norman wrote in 1170:

“We are English as far as the Irish are concerned, likewise to the English we are Irish, and the inhabitants of this island and the other assail us with equal degree of hatred.”

So tedious do I find orthodox Irishness that I wrote a whole series on how ‘Being Irish is not about being not-British.’

I follow the John Hewitt and Nick Laird dictum, I’m British and I’m Irish. I know republicans who laugh out loudly at such a statement. Each time I defer to David Ervine:

“The first time I ever went to the United States, someone in the audience in the dialogue we were having thought it was ludicrous that I could be British and Irish. Then we asked how many in this room are Irish American and 95% of the people in the room put their hands up. So it is OK to live 3000 miles apart and be Irish American and but is not alright to be British Irish.”

The anti-Protestantism is a reaction to England whose monarch is the head of the Church of England and whose arm of government in Ireland was for so long the Protestant church.

Englishness was seen as coterminous Protestantism, and both as converse to Irishness.

The Catholic Church did much to divide the “native” Irish from the Protestant. Joseph MacRory, Cardinal Archbishop of Armagh and Primate of All Ireland, said in 1932:

The irony is that in the eyes of the English and almost every other nation, planter and Gael, we’re all Irish Paddies. As David Trimble said:

“Many Englishmen… seem unable to distinguish between the native inhabitants of Ireland – to him they are all “paddies”.”

The same point was made here and here.

The other grand irony is that many of Ireland’s leading writers, artists and culture makers are protestant, sometimes unionist, establishment figures.

We need to push back and repudiate the emetic Irish Puritanism and create an identity narrative that is in tune with Equal Marriage Ireland, not west-Belfast Celtic Brigadoon Ireland.

Mary McAleese has set the example, when she said, November 27 2008 in an Orange Hall, Baileborough, Co. Cavan:

Like Dr Eoin Malcolm wrote, Protestants can speak Irish and still be Protestant.

Monarchists aren’t going anywhere, and as Fintan O’Toole said, Irish nationalists need to help find an Irishness they believe that includes, and appeals to, Irish Protestants.

Using the words of Louis MacNeice, let them pigeon-hole us, into sheep and goats, patriots, planters, Brits and bastards. They can say whatever they want, I’m Irish.

Social share:
Brian John Spencer identity ireland Irish Louis MacNeice Southern Protestants Unionism
Previous Article“I think it takes an awful lot for granted if we are to assume we’ll be even breathing” – Peter Robinson on fickleness of office
Next Article “Being opposed to the peace process is not being opposed to peace” argues Jamie Bryson