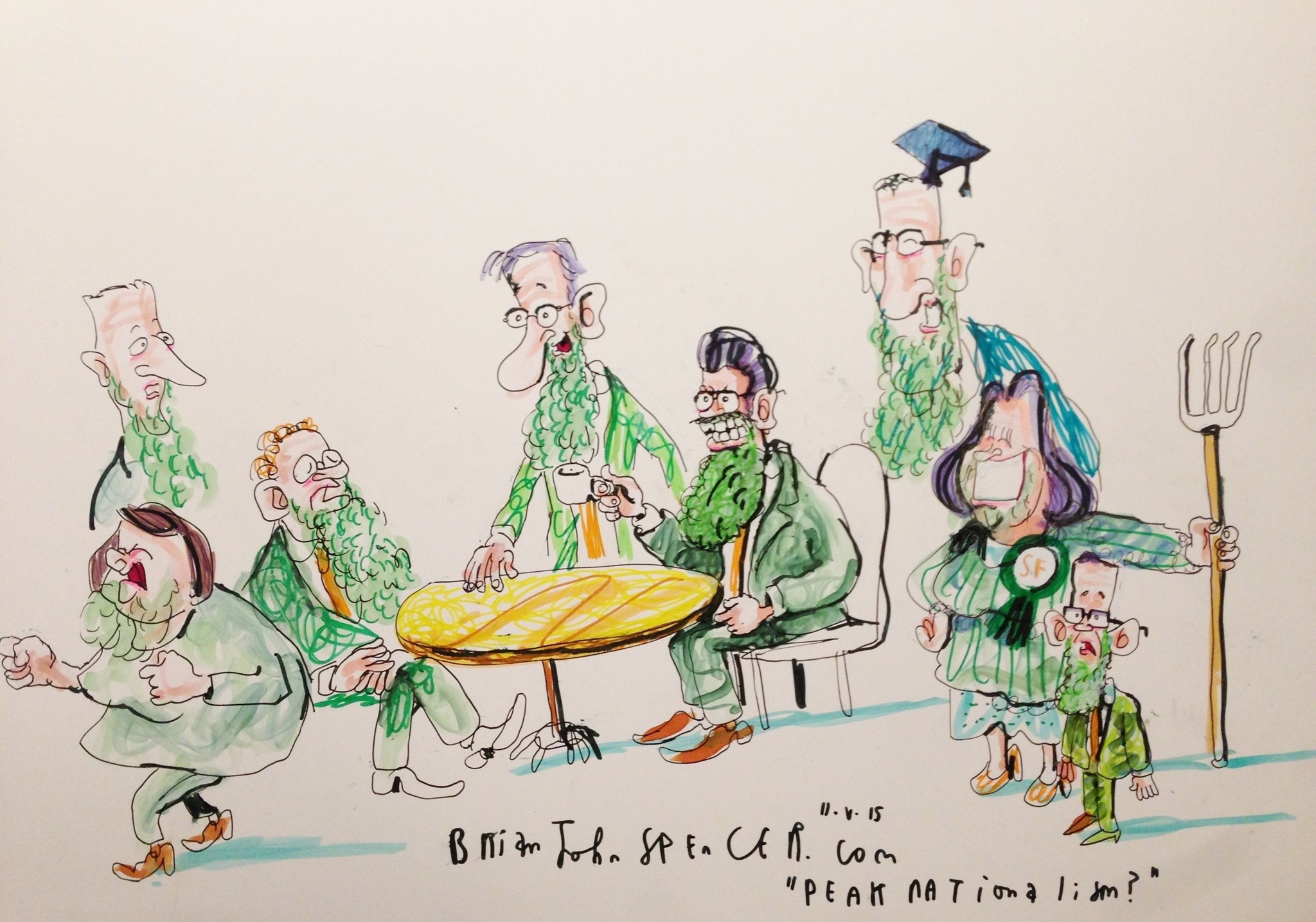 Ever since the Union flag restriction sparked a carnival of reaction and Robinson reversed on the moderate vernacular, destiny swayed with nationalism, it seemed. Nationalists were confident, unionists despondent. All-Ireland Sinn fein was the insurgent and ascendent force across the island, the darling of the polls.

But like the polling over-reach on Miliband’s Labour, the feel good for nationalism didn’t convert into votes on May 8. Irish republicanism routed, and it’s almost 2016.

This was the contradiction: Confidence and occasion failed to return electoral capital, while despondence catalysed a political resurgence.

The first thing that came to mind post election was the thought, I’d be fed up if I was a resolute republican. Thinking:
“Violence didn’t really work. Now electoralism doesn’t work?”

Under Sinn Fein and nosediving SDLP, have we reached peak nationalism?
A myriad of autopsies have retold the figures and considered the future.

Or could we soon see a Sinn Fein power-through? Or will the SDLP purge and recrudesce?

I see stasis and a stall for three reasons.

One, our antipodean party politics axiomatically precludes one section of the electorate from voting Sinn Fein. Say what you may, but young voters inherit tribal allegiance, and where they break their albatross inheritance they generally go to the liberal alternatives.

Republicanism remains ethnic, not civic. Republicanism talks about tending to the vulnerable, then hits the most vulnerable Protestant-unionists hardest by taking away their flag. Republicanism can mean little to metropolitan and suburban Catholics and Protestants who see a party prone to affectation and saccharine Irisher-than-thou Irishness, and that’s not even talking about the past. I, a thorough garden centre prod, explained here why I couldn’t vote
Máirtín Ó Muilleoir in South Belfast.

Two, we know about the plight of the garden centre protestant, but the political orphaning of the centre ground and centre-right Catholic and nationalist is less spoken of, but no less relevant.

We know that 50-60% of the southern electorate vote for policies to the right.

By failing to offer competition and present shades of green, as there is in the south, Sinn Fein and SDLP are fostering a partitionist and unnatural political climate in Northern Ireland.

Sinn Fein claims it is the one and only green for Northern Ireland, when in fact modern Ireland is many greens.

Three, beyond the bubble of Ulster Coalitionism there’s a whole world of normalcy and progressivism in Northern Ireland. There has long been two worlds in Northern Ireland. The one we don’t hear about is the discreet émigré community. The internal and external émigré, the people who want security and stability and don’t care about or want constitutional scratching.

These people, Protestant or Catholic, rich or poor listen to the radio, watch the BBC and follow Eastenders. They know Derry, Ireland’s city, was also Britain’s City of culture. We have Tall Ships, MTV music awards, then the Red Bull Downhill Ice challenge. This is all about global citizenship where people don’t label themselves as Protestant or Catholic, or even unionist or nationalist. We just live together and just are.

This is the situation where normalcy and the pedestrian can turn “Catholics” into soft Unionists.