You are at:Home»News & Current Affairs»Opinion»‘Our Jamie’ leading what?’ by Kyle Paisley
Social share: 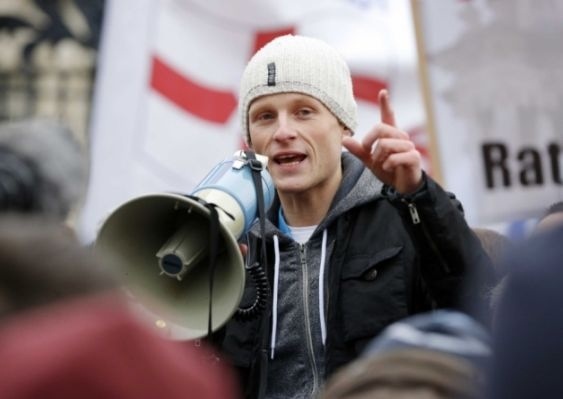 The interview in the Belfast Telegraph with Jamie Bryson reveals a mind that is at sixes and sevens.

To begin with, Mr Bryson tells us that “mandatory coalition is against democracy.” But a democracy is “a system of government in which all the people of state… are involved in making decisions about its affairs, typically by voting to elect representatives to a parliament or similar assembly.” (Oxford English Dictionary).

This has happened in Northern Ireland, because all parties involved in the mandatory coalition have submitted themselves to the democratic process – on more than one occasion – and is favoured with the support of the electorate. How on earth can this be “against democracy”?

Of course, mandatory coalition is by no means a perfect form of government but given Northern Ireland’s special circumstances and history, it is likely the only one that will work – at least, for the time being. It would work better, of course, if there was a better spirit abroad. This is the great need of the hour and something at which everyone can work.

The interviewee was right about one thing, though, when it comes to armed action. Western governments have supplied weapons to armed groups in other countries, most notably to ‘moderate’ rebels in Syria. This, however, has exacerbated trouble and is no endorsement of those who take up arms at home.

There seems to be some delusion of grandeur with Jamie Bryson. While it is true that God is not necessarily on the side of big battalions, it is sacrilegious nonsense for him to draw inspiration for his small, fading cause, from Christ – “Hitler had millions of followers and Jesus had only 12.”

Then, speaking about his being on the run from the police, Jamie declares – “Would they have asked the Jews to hand themselves in to the Nazis?” This is crass and insulting. You would think the man was some sort of a persecuted war hero being chased by the Gestapo. And poor J.B. wasn’t too good at being on the run. For someone who has trouble with allergies, it is not the wisest thing to hide in an attic and wrap up in insulation foam.

To crown it all, he was introduced as a “leading loyalist.” Leading what?

Social share:
Jamie Bryson Kyle Paisley Loyalism Northern Ireland
Previous Article‘Was the devil David Cameron knew in the last government not more reliable than some of those now in his own tent?’ By Terry Wright
Next Article Loyalist Jamie Bryson hits back at Kyle Paisley who challenged him to defend that for which he stands