You are at:Home»News & Current Affairs»Opinion»How damning is it that it takes the First Minister to become ill for collective civility to break out?
Social share: 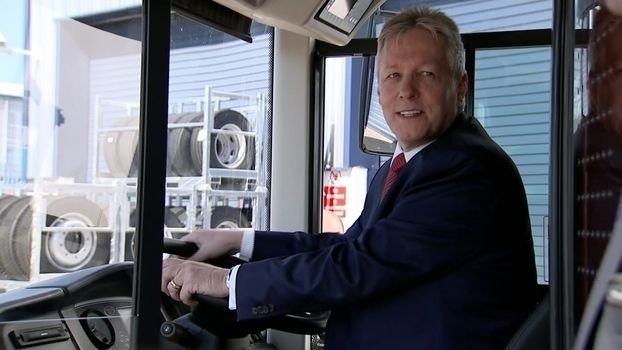 It did not take long for the pacts, pop-up policies and promises of the General Election to fall off the agenda as the Assembly slips into crisis mode again.
Winston Churchill referred to the ‘ dreary steeples of Fermanagh and Tyrone’. His remarks were unwelcome and untimely but not without understanding given the protracted and historical nature of Northern Ireland’s deep political divisions.

Generations later the same tiresome politics and embittered co-existence of our political parties define our democracy as one that is failing. It exhausts our future as politicians quarrel their way to temporary agreement after agreement. Each is marked by a decline in anything relevant to say and greater potential for stalemate. Like a rocking horse there seems to be movement but it always reverts to the same place. In terms of issue-centred politics addressing the economy, education, health, shared future and quality of life they barely achieve adequacy. Crisis after crisis offers compelling evidence of a collective failure.

Debate during the recent election campaign, apart from the largely forgotten animated aberration triggered by the comments of Jim Wells MLA, it was a tedious indication of what was coming. Besides wanting to use their MPs as ‘red-line’ leverage to extract more money, focus on Westminster issues was minimal. Debates centred on local contentious and partisan politics.

It was evident from the selective neighbourhood display of party posters in many constituencies that leading parties lack electoral conviction and aspire only to lead one section of the community. Each side seems wedded to the notion that best results are assured by robust opposition to the ‘ other side.’

Parties like the DUP and the ‘DUP-light’ UUP claim to appeal to a broad unionist voter base regardless of race, culture and religion yet agree pacts based on religious profiling. Policy differences at best seem rhetorical. The message is mixed and framed in strategy, language and terminology particular to one inflexible cultural and political identity.

The main nationalist and republican parties are locked into hermetically sealed historical frames of self-reference that trap them in an uncontested narrative of the past. They claim an aspiration to progress and move on but like an elastic band they continually bounce back to their communal comfort zone. They fail to challenge their base and refusing to face realities, run towards ceremonies, symbols and safe traditions.

The trappings of Executive posts contaminate the Alliance party.

All of the parties claim to embrace inclusion yet fail to deliver on its central tenet. They cannot admit the truth to themselves or each other. There is little examination from within that points to identifying how each may have contributed to our problems. They prefer to blame and point the finger of accusation. Yet, without truth –telling however painful, there can be no inclusion or trust.

Within Stormont Issues are raised but underlying rage and animosity shape discussion and decision-making. Change never seems to go beyond the creation of new risks. Working within political structures designed to encourage and reliant upon consensus, politicians opt for polarity. Party interests rather than ethical leadership informs actions. There is talk of review but it is not embraced in any meaningful or radical way. With few exceptions, politicians are more comfortable defending communal interests and old politics by deserting the key task of creative politics. A constant is the failing to exercise that stewardship of the peace process necessary to lead the community from conflict towards co-operation, reconciliation and prosperity.

How damning is it that it takes the First Minister to become ill for collective civility between political opponents to break out?

Westminster, Dublin and Washington are not without responsibility. Without facilitating radical re-appraisal of the structures that prevail, they have funded and indulged obduracy and intransigence. Theirs is a status-quo leadership for there are many within communities whose vision for the future is ahead of local political representatives. The governments either do not hear or choose not to listen.

That almost 50% did not vote in the recent General Election suggests an unacceptable proportion of voters reject the choices available and have their eyes fixed on goals different to those on offer. They are disenfranchised and marginalised as a result of top-down and discredited pragmatism.

If politics are to change there will have to a breakout to a path leading to a better future.

It seemed that NI21 offered promise but this now seems unlikely. It has been added to a catalogue of failures.
Post-election discussion is already focusing on the future shape of United Kingdom. There is strong argument for discussing the structures as well as the powers of the devolution arrangements that will result.

At Stormont, review has thus far centred on Opposition, a reduction of Ministers and MLAs. This is not sufficiently radical and is unlikely to produce the dynamic, pluralist and transparent politics required to build public confidence and respect.

Petitions of Concern need to be managed better. Employment practices by MLAs lack consistency and transparency. MLAs should share offices with RPA Councillors in constituencies leading to reduction in costs. Do the comforts of MLAs within Stormont need to be subsidised from the public purse? The number of Special Advisers needs to be reduced and appointed through open competition. Where a Party requires an Adviser as a party functionary, costs should be borne by the party.

Thought could be given to the provision of a Senate whose job it would be to scrutinize legislation and Petitions of Concern. The latter would have to be approved by the Assembly and the Senate.

The 6 MLAs currently elected to the Assembly for each constituency could be reduced to 4 with the remaining 2, as the last elected, going to the Senate with elected non-party civic independents to perform a scrutiny and advisory non-legislative role. A cross-community and civic voice would be maintained.

The number of Ministries could be reduced and merged beyond current thinking to provide joined-up government focused on issue-centred outcomes.

The Constitutional question can be addressed by periodic referendum. It should be shelved in between as government delivers on matters of social justice, jobs, standards of health provision, housing, agriculture, schools, colleges and universities.

In regard to the past, symbols and parades there are leaders at work within communities whose contributions must be acknowledged and encouraged. Communities at grassroots are finding answers to problems. Segregation will break down more effectively where local initiative is celebrated and modelled where solutions are desired.

There will be other ideas not least in regard to a Bill of Rights. Details on processes will need fine-tuning.
Since 1998, politics have followed a zigzag and crisis-ridden journey. It has not been without achievement but we have not travelled as far as we could have.

We do not have to stumble from crisis to crisis.

If the structures are an obstacle there are alternatives. We should explore change.

We need representatives, procedures and structures less prone to crisis and exploitation.

Social share:
DUP heart attack Peter Robinson Stormont Terry Wright
Previous ArticleUlster Said Yes, will the rest?
Next Article “I think it takes an awful lot for granted if we are to assume we’ll be even breathing” – Peter Robinson on fickleness of office