You are at:Home»News & Current Affairs»Opinion»How can the existence of the Maze Long Kesh Development Corporation be any longer justified? by Eamonn Mallie
Social share: 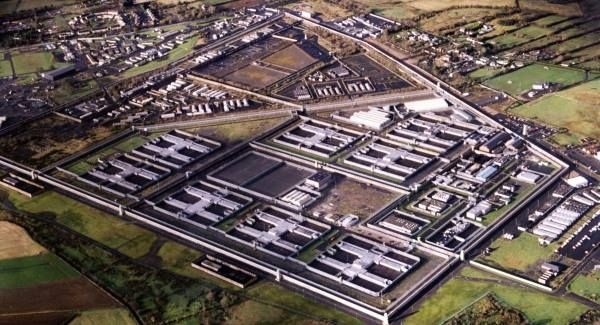 The Maze Long Kesh Development Corporation meets again this Friday but why?

You could be forgiven for thinking that it had been wound up in the wake of DUP leader and First Minister Peter Robinson’s famous August 12 2013 ‘Letter from America’ which scuppered the visionary project which it was originally hoped would house a multi-purpose sports stadium.

‘Since this present deceitful Maze campaign began we have consistently and frequently stressed that we will not permit any shrine to be erected at the Maze and that no decision had been taken about the content and programme for any new Peace Centre or the use of the retained buildings, but that has not stopped our political opponents from inventing stories and seeking to frighten and raise concerns by agitating those who have suffered most from violent terrorism.

For the centre to be successful in promoting peace and reconciliation there must be a broad consensus about how it will operate. We have consulted widely and it is clear that the necessary wide-ranging consensus does not exist at present. It is my view that it would be wrong to proceed in the absence of a much broader consensus. Further consultation, discussion and negotiation will be required to enable progress on building peace, dealing with the legacy of the past and achieving a greater level of reconciliation. Clearly, the prospects for building a Peace Centre are inextricably linked to such progress.’

In January of that same year Social Development Minister Alex Atwood gave the green light for the Royal Ulster Agriculture Show to move to the Maze Long Kesh site.

The Maze Long Kesh Development Corporation was established by the Strategic Investment and Regeneration Sites Order 2011. It is funded by the Office of the First and deputy First Minister.

The Corporation has remained inert since Peter Robinson’s ‘letter from America’ which killed off the Peace and Reconciliation Centre and prompted Martin McGuinness to block all other development on the site except the move to the Maze of the RUAS whose annual show is taking place this week.

What is shocking is this. A Chief Executive, a Chairman and a full Board with the backing of an administration staff continue to be employed and paid for by public funds.

What are these people doing to merit Board fees of £8/9k annually, a Chairman’s fee of £30k along with the cost of a well remunerated Chief Executive?

I am in no way casting aspersions on the competence of any of these people but how can a dysfunctional CorporatIon which is shackled by a conflict in the Office of First and deputy First Minister be justified? The money being poured into this non productive body could create another ten jobs for nurses annually. What lunacy is obtaining to justify the continuance of this Maze Long Kesh Development Corporation?

We are told ongoing discussions are taking place between SPADS and Board members to try and break the OFMDFM deadlock. To what end? Europe withdrew the £18m grant for the development of the site. Is that recoverable? Who knows?

Social share:
Maze Maze Long Kesh Northern Ireland Troubles Ulster
Previous ArticleLoyalist Jamie Bryson hits back at Kyle Paisley who challenged him to defend that for which he stands
Next Article Why is the debate on dealing with the past in Northern gender blind? by Andrée Murphy